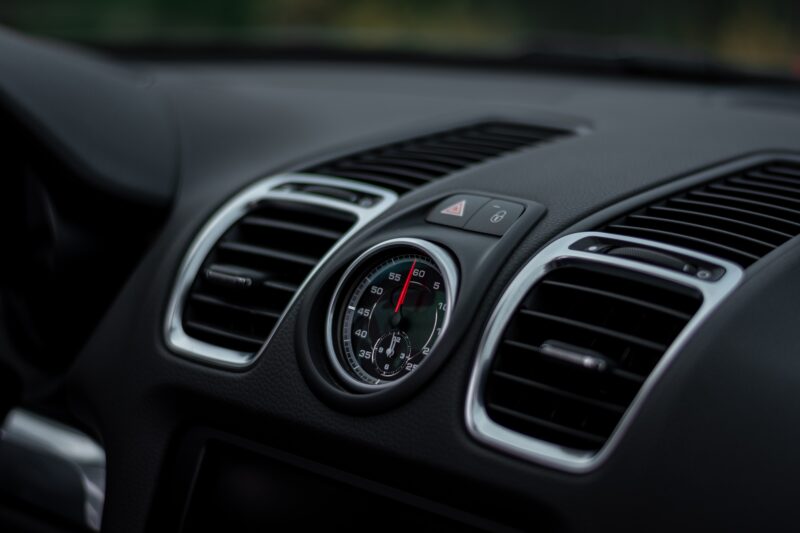 If your car’s air conditioner suddenly starts blowing hot air, the cause might not be as complicated as you think. While there are a few reasons why this can happen, most of them are straightforward and easy to diagnose — and often, they’re also quick and inexpensive to fix. Luckily, it’s also quite easy to diagnose your car problem yourself. Keep reading for some common causes of hot air coming out of your car AC vents:

If the coolant is low, it won’t be able to absorb as much heat and will blow hot air. If your car has a leaking air conditioning system, it’s possible that your coolant is low. When an AC system runs low on refrigerant, the evaporator can get so hot that it melts or cracks.

This causes leaks in the system and allows more heat to escape into your cabin instead of being absorbed by Freon. To solve this problem and make sure you’re not blowing out hot air from your vents, take your vehicle to a mechanic who can refill its refrigerant levels for you.

Your car’s condenser is the big metal box on your vehicle’s front bumper. It’s responsible for pulling heat from your air conditioner and pushing it outside, but if this part of your system is blocked, hot air will blow through instead of cool air.

The most common cause of a clogged condenser is leaves. If you live in an area where winter brings heavy rains or there are lots of trees around your house, it’s likely that some debris has built up inside the AC system over time.

Other possible culprits include dead insects or other small animals (like mice) who might have crawled into the ductwork while they were alive—and then died and rot there.

If you find that your AC is blowing hot air, the most likely culprit is a faulty or dirty switch. The switch controls the airflow through your HVAC system, so if it’s not functioning properly, you’ll feel like you’re driving around with a broken air conditioner.

To check for this issue:

Try cleaning out any dirt from inside of the switch by gently wiping it down with a damp cloth. If you have access to compressed air, try blasting some into the switch as well. This should dislodge any grime that might be causing it to stick or malfunction.

If these steps don’t fix your problem, consider replacing your car’s AC unit altogether—or perhaps just getting it serviced (if there isn’t an obvious issue).

The fan is the part of your AC system that blows cold air into the cabin of your car. It’s connected to the compressor, which makes the air cold. If your fan isn’t working properly, it can’t cool down your vehicle. You may need to replace it if you’ve recently had problems with hot air blowing from your AC vents or if there’s a lot of noise coming from them when they’re turned on.

If your car AC is blowing hot air, it’s likely that your expansion valve is clogged. This can happen when dirt and debris get into the condenser unit and block the airflow. The symptoms of a clogged expansion valve are:

7. Leaking Seals in the Compressor

Leaking seals in the compressor are a common problem that can be fixed by replacing the compressor. This can happen if there is too much pressure in your system or if you have a refrigerant leak.

Leaky seals are also caused by worn-out compressors and will require the replacement of both parts.

The compressor clutch is responsible for the operation of your car’s air conditioning system. It starts working when you turn on your AC, and then it regulates the speed at which the compressor runs so that you’ll get cool air. If the clutch is broken, it will not work properly and can cause your AC to blow warm or hot air instead of cool.

If this happens to you, don’t worry! The fix isn’t too complicated; all it takes is some tinkering with a few bolts and screws (and maybe some wrenches if you’re feeling particularly ambitious). However—and this is an important point—you may not need just one part replaced: most likely both your clutch and compressor will be out of commission.

In fact, depending on how much damage has been done internally by whatever caused them both to break in the first place (like overuse or age), either one might be beyond repair altogether!

You should also factor in what kind of labor costs there are: if they’re high enough that replacing both parts would still cost less than getting them fixed individually then go ahead and do so because otherwise what’s another few hundred dollars?

If you have any of these things going on in your car, then this could be the cause of hot air:

You may also want to check if there are any leaks or cracks in your condenser—that would mean more than just hot air coming out because they can actually cause damage to other parts of the car as well!

But now, you’re armed with more information than you had before. We hope it’ll help you to solve your car’s problem, and enjoy a cool summer day.

6 Car Fluids That You Should Check Regularly

The 5 Common Transmission Problems and How to Fix Them