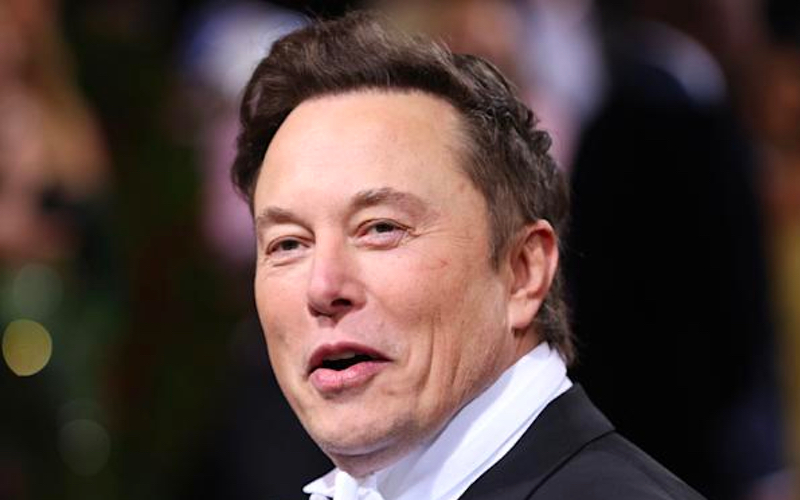 Elon Musk is a businessman, investor, and Philanthropist. He was born on June 28, 1971 (age 51), to Maye Musk and Errol Musk in Pretoria, South Africa.

His mother, Maye Musk, is a British-Canadian model and dietician, while his father, Errol Musk, is a South African electromechanical engineer, pilot, and sailor.

Elon Musk also has a younger brother Kimbal who is into the food business, currently running three food companies, and a younger sister Tosca, who’s into movie production and is the CEO of passionflix.

He also has a half-brother and sister from his father’s weird relationship with an adopted daughter.

Elon spent his early years in Pretoria, South Africa. He schooled at Waterkloof House Preparatory school and had his high school education at Bryanston High School and Pretoria Boys High School, graduating from the latter.

After his parents’ separation in 1980, Elon lived with his father in Pretoria and, shortly after, picked up an interest in computers.

By teaching himself computer programming, he developed a game called Blastar at age 12, which he sold to a computer magazine for approximately $500.

During his late teens, he applied for a Canadian passport with the help of his Canadian-born mother, Maye. He moved to Canada in June 1989.

Before moving to Canada, Elon enrolled at the University of Pretoria, but he only stayed for five months. His enrollment allowed him to be excused from mandatory military service.

In Canada, he started at Queen’s University in Kingston, Ontario but transferred to the University of Pennsylvania two years later.

Elon went on to gain admission into a prestigious doctoral program at Stanford University, California, for a Ph.D. in material science.

Still, he dropped out after only two days, opting to invest in the internet boom instead and start a business.

Elon launched his first start-up company, Zip2 Corporation, together with his brother after leaving Standford.

The company was a web software company that marketed an internet city guide for newspapers. He was responsible for the coding aspects of the website.

Compaq acquired the company in 1999 for a price of $307 million, and he got 7% of that as a shareholder in the company.

In March of that same year, he co-founded X.com, a fin-tech company payment company. It became one of the first fin-tech companies to be federally insured and was well adopted by the general public gaining over 200 thousand users a few months after its inception.

Musk clashed with other execs in the company over his technological preferences, and he was ousted on more than one occasion, which led to a merger with another online bank, Confinity.

Eventually, the company was sold to eBay for $1.5 billion in 2002 after it had been renamed PayPal. Musk received $175.8 million as the major shareholder.

Elon Musk had an idea to place plant growth chambers on Mars and discussed these ideas and funding plans with the Mars Society.

He began to travel to various countries in search of ICBMs (intercontinental ballistic missiles) to buy that would be used to launch the growth Chambers to Mars.

He encountered some setbacks, one being that he was seen as a novice and another being the unnecessarily high costs of ICBMs.

Space X launched its first rocket, Falcon 1, into the Earth’s Orbit after several failed attempts, the first being in 2006.

Space X had a plan for reusable space vehicles and developed Falcon 9 and Falcon Heavy for carrying humans and cargo into the Earth’s Orbit (although the falcon 9 is partially reusable).

Space X has developed some other reusable space V’s like the Starship, which Space X first launched in 2020, and is also responsible for developing the Starlink, which Space X launched in 2019 to provide satellite internet access. Starlink is currently catering to over 500 thousand users in 36 countries.

Tesla Inc. is Probably what Elon Musk is mainly known for and where he gets most of his wealth.

In February 2004, he joined Tesla Motors as chairman of the company’s board of directors after he invested $6.5 million, a figure that automatically made him Tesla Motor’s major shareholder.

Musk got involved directly with the design of the Roadster, an electric sports car and the first car model built by Tesla, and they marketed 2500 of them.

Since then, Tesla has made different models of cars, from Model S to Model X, Model 3, and Cybertruck. The most recent being Model Y. Tesla has favorites in China, Germany, Nevada, New York, and Texas to support these productions. Tesla is currently the most valuable car manufacturing company.

Elon, who has branded himself the Technoking, also acquired SolarCity, one of the biggest solar systems providers in the United States.

Still, this acquisition resulted in a dip in Tesla’s share and some angry business execs. Musk didn’t stop there, though.

He dabbled into AI by co-founding Neuralink, a neurotech company aiming to create a technology that’ll link Man and Machine.

He also plans to build tunnels all over the United States, where “The Boring” company he founded comes in. This will help reduce the traffic above the ground.

Musk’s latest interest was in purchasing Twitter. He’s always been very active on social media and has over 100 million followers with whom he shares his memes and views on different social issues.

It’s not sure why he considered buying Twitter because it is pretty different from his other ventures, but we can put the questions to rest because he has backed out and is currently facing legal actions on that account.

They occupied that spot for a while. Elon Musk’s net worth constantly fluctuates due to his various financial involvements and decisions.

Musk married his first wife, Justine Wilson, in 2000 after they met at Queen’s University in Canada, and the couple had a set of twins in 2004 and triplets in 2008, the same year they divorced.

He married an actress, Talulah Riley, two years later, and they called it quit in 2012 but remarried shortly after in 2013. This time the marriage lasted till 2016 before they got their final divorce.

Musk started dating Amber Heard in 2017, which only lasted for a couple of months, and by 2018 he had a new love interest, Canadian artist Grimes.

The couple had a child in 2020 and had another in 2021 via surrogacy, although the couple has split up this year and has opted for the much coveted BFF tag, according to Grimes.

It is rumored that Musk had shared a set of twins with a work colleague, and they were born shortly before the child he shared with Grimes, but if this is true, then the Children are not carrying his name.