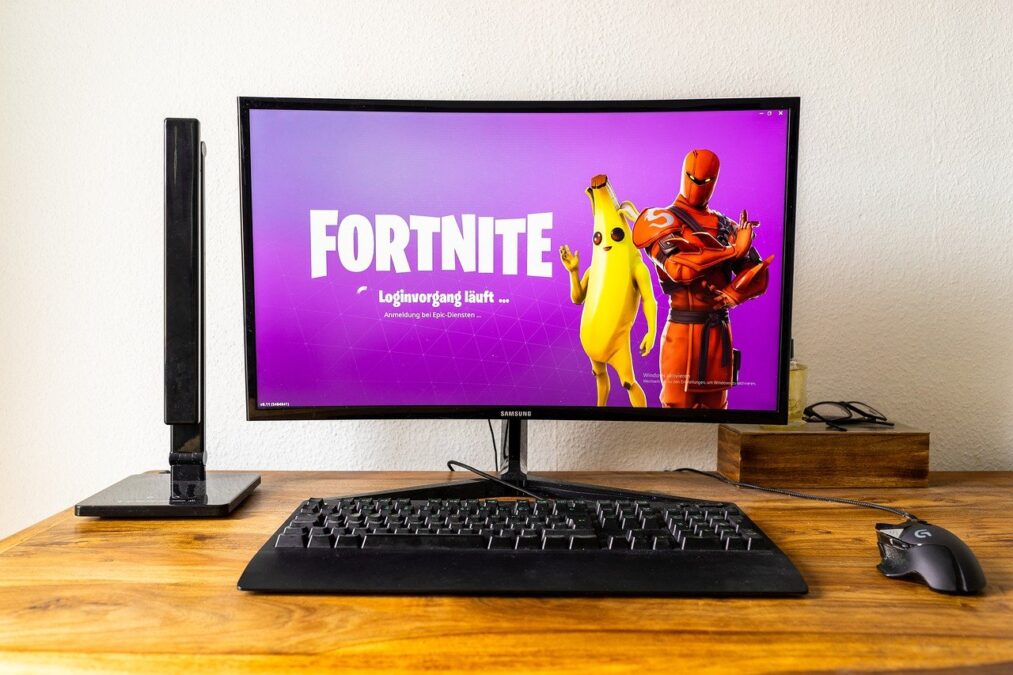 I’ve been playing PC games for most of my life. Over the years, I’ve had everything from a Pentium 3 to an i7 processor.

But there’s one thing that’s always remained true: with each new generation of technology comes a new set of game performance requirements.

And if you’re like most gamers, you probably don’t have access to the newest hardware and graphics cards needed to run games at their highest settings—let alone play them well enough to get good at them.

As such, my recommendation is simple: don’t buy expensive stuff! Instead, look for older titles or ones explicitly made for lower-end systems that will run smoothly on today’s computers.

(This goes double if you want your laptop running cool and quiet.) In this article, we’ll discuss some of our best games for low-end PC, so get ready because we’re going deep into how they work!

first on our list of best games for low-end PC is Team Fortress 2; this is a team-based multiplayer first-person shooter video game developed and published by Valve Corporation.

Unlike many other online games dependent upon constant updates, Team Fortress 2 was declared officially finished by Valve in 2009 with no plans for further expansion or development of content.

Despite this, there have been updates to allow support for new features such as hats, weapons, and maps, as well as security patches to fix latent exploits used by hackers.

The game features cartoon-like graphics that appeal to all ages but contain violence unsuitable for younger players.

The second game you should consider is World of Warcraft. This game has low system requirements and a great story, but it still manages to be one of the most popular games in the world.

It’s easy to play and includes many features that will keep you entertained for days or even months on end.

The graphics are good enough for any player, whether they’re an expert or not. You can choose between two different worlds: Azeroth and Draenor (the Outlands).

You can also customize your character by choosing from various races, such as humans or gnomes (and others).

The gameplay itself is pretty simple—you just have to level up your character by completing quests and killing monsters to reach new levels where there may be more challenging quests available!

There are millions upon millions of players worldwide who enjoy playing this game every day because they know what they’re getting into when they start playing: A fun experience with lots of possibilities!

Half-Life 2 is a first-person shooter video game developed by Valve Corporation. It was released on November 16, 2004, following a five-year-long development phase.

Sierra Entertainment and Valve Corporation published the game. Half-Life 2 takes place in the fictional City 17, located within the former Eastern Bloc country of Kyrgyzstan (formerly part of the Soviet Union), after an invasion by the Combine forces during an unspecified cataclysmic event referred to as “the Seven Hour War.”

They are assisted in their fight against them by Dr. Gordon Freeman, who has returned from stasis at Black Mesa to assist his friends and defend humanity from their threat. This is another excellent addition to our list of best games for low-end PC.

Star Wars: Knights Of The Old Republic II is a role-playing video game developed by Obsidian Entertainment and published by LucasArts.

It is set thousands of years before the first Star Wars film when the Jedi Order was just beginning to form.

The second game in the series takes place 4,000 years before the events of Star Wars: Knights of the Old Republic I – The Sith Lords and about 3,975 years before Episode I.

It follows directly after its predecessor as Kyle Katarn seeks out his friend’s killer while learning about his past self from Yoda himself–and discovering that he may be more powerful than even Darth Vader! This is one of the best games for low-end PC.

I love the Portal games. If you haven’t played them yet, I highly recommend them to anyone who enjoys puzzles and thinking outside the box.

If you have a low-end PC, Portal 2 is probably your best option for gaming. It has excellent graphics and a great storyline that will keep you entertained for hours.

It also has cooperative multiplayer options available online, so if your friends have low-end PCs, they can join in on the fun!

One thing to note about this game is that it does require Steam to run (it’s free). This means that if you don’t already have Steam installed on your computer or laptop, it won’t work at all (without buying another version of Windows).

Europa Universalis IV is a turn-based strategy game. It’s set during the Renaissance and early modern periods, allowing you to control any nation in Europe and North Africa as you try to dominate the world.

This means you can play as a large empire, such as France or Russia, or take on smaller nations like Portugal or Poland.

The game was initially released in 2013 by Paradox Interactive but has since released three expansions: Art of War, Res Publica, and Cradle of Civilization.

Europa Universalis has received critical acclaim from several outlets, including PC Gamer, who gave it 91%, saying “the best strategy games are about more than just numbers on a screen – they tell stories too.” This is one of the best games for low-end PC.

Counter-Strike: Global Offensive (CS: GO) is a tactical first-person shooter game that can be played by you alone or with friends.

It’s a team-based multiplayer online game that pits terrorists against counter-terrorists in various scenarios, with each side having its objectives to complete before the round ends.

The game has been around for quite some time, but it continues to be popular. CS: GO is available on Steam and can be played on Windows PCs and laptops.

Skyrim Special Edition is a remastered version of the 2011 Game of the Year, The Elder Scrolls V: Skyrim.

This game takes place in the land of Tamriel and revolves around dragons, magic, and adventure.

In this game, you play as Dovahkiin (or Dragonborn), a person who can speak to dragons and has an intense connection with them.

You can download this game on Windows PC via Steam or purchase it from your favorite retailer, Best Buy or Amazon. It’s also available for PlayStation 4 & Xbox One but only digitally (no physical copy). This is one of the best games for low-end PC.

Dead Space is a horror game that has a high replay value. It has won numerous awards and five stars from many critics.

It is also great for low-end PCs as it is not very demanding on the hardware, so if you have an older computer that isn’t able to run most games, this might be the one for you!

Last on our list of best games for low-end PC is Diablo III, a hack and slash action role-playing video game developed and published by Blizzard Entertainment.

Released for Microsoft Windows, OS X, and PlayStation 4, it is the third installment in the Diablo franchise and was released worldwide on May 15, 2014.

This edition marks an end to the trilogy that began with Diablo II and continued in Diablo III and its expansion Reaper of Souls.

This new version comes with all of the features of previous editions plus a new character class (the Crusader), new areas to explore (Westmarch), randomly generated dungeons called Nephalem Rifts that offer even more challenges and rewards than before, along with other changes such as a new loot system that lessens the number of time players spends farming for gear online or offline depending on their tastes!

The games listed above are some of the best you can play on a low-end PC. They offer many experiences, from strategy games like Europa Universalis IV to RPGs like Dragon Age: Inquisition and Skyrim Special Edition.

If you’re looking to get into PC gaming but don’t want to spend thousands of dollars on new hardware, these titles will give you hours upon hours of fun without breaking the bank or causing too much strain on your machine.