So you want to play a Pokémon game, but the latest releases are just too dull for you? Don’t worry; I’ve got just the thing: a list of fan-made Pokémon games that run on PC, iOS, and Android.

These homebrew titles aren’t as polished or fleshed out as official releases, but they can be fun nonetheless! This guide will cover some of the best fan games out there. So get ready for some serious monster catching…

Pokémon Uranium is a fan game, meaning the original developers do not make it of Pokémon. It’s based on the Game Boy games and a remake of the first three games: Red/Blue/Yellow. The game is open-world, so you can explore any direction without going through a level or finishing a mission before moving on. It’s available on PC, Mac, and mobile devices such as iOS and Android.

I highly recommend this game to anyone who has ever enjoyed playing Pokémon in their childhood days but never got around to finishing them! 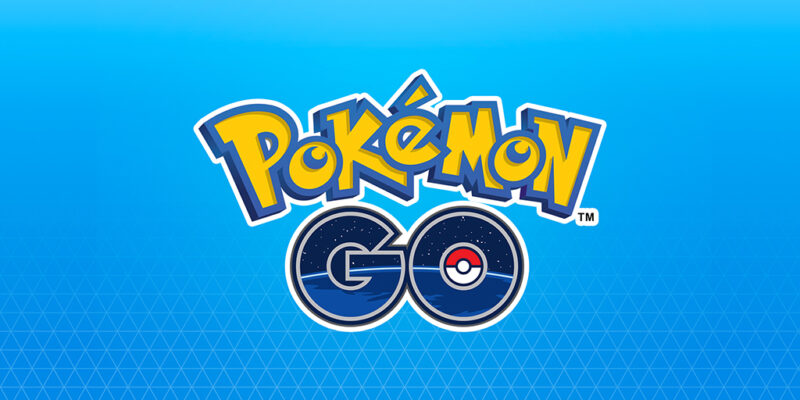 Pokémon Go is a location-based augmented reality game developed by Niantic and released in 2016. The game allows you to visit real-world locations that have been converted into PokéStops or Gyms, where you can collect or battle Pokémon, respectively.

The game is free to play, but you’ll need to buy PokéCoins (the in-game currency) if you want to purchase items like Pokéballs and incense. You can also use real money through their website purchases of coins. However, because it’s an augmented reality app and doesn’t require any hardware purchases beyond your phone itself (as opposed to games like Pokémon Sun/Moon), there’s no cost associated with playing it on your Android or iOS device.

Pokémon Reborn is an online Pokémon game that’s free to play, but if you want a premium experience, you can pay for in-game items. It’s not just about catching ’em all—you can also battle them (and other players) in single and multiplayer battles!

You can play Pokémon Reborn on your computer, mobile phone, or console.

Pokémon Fire Red Rocket Edition is a ROM hack of Pokémon Fire Red, and it’s an unofficial game. It was created by the user Vortexica. The game is based around Team Rocket and their evil ways, so you can expect to see plenty of familiar faces from the anime here like Giovanni and Jessie (as well as a few others!).

This hack has many features you would expect from modern Pokémon games: tons of new items, moves, and Pokémon! All in all, over 300 new moves are added to this game! There are also over 600 new items, including custom ones such as Pokéballs shaped like ashtrays!

The story takes place in Vermillion City, where you must find out why Team Rocket is stealing Pokémon from trainers everywhere so they can take control of them for their own benefit…

This game is a lot of fun to play, but it’s not the best Pokémon game out there. The main draw is that it has many Pokemon from all generations to catch and train. However, the game has some problems with its graphics and glitches that make it hard to enjoy.

Pokémon Prism is a game based on Pokémon FireRed. This game was developed by MrDollSteak and released in 2013. It features a new region called Naljo, as well as new graphics, music, and Pokémon! The game takes place after the events of Pokémon Gold & Silver. You play as Red (or Leaf), who must defeat Team Rocket and their associates (Team Snagem). The plot also includes the player trying to stop Giovanni from using Mythic Stones for evil purposes.

Pokemon Snakewood is one of the most popular Pokémon fan games available. It is a ROM hack of Pokémon FireRed, which means that it’s an unofficial game based on a Nintendo property and that you’ll need to download an emulator to play it. The game was created in 2013 by the developer Phantom7Games, and it remains one of the best Pokémon fan games out there today.

The first thing you should know about Pokemon Snakewood is that it takes place in Kanto—the region where players first encountered Pikachu back in 1996 when they started playing Red or Blue (or Green). As such, this game features all original 151 Pokémon from Generation 1 and new ones from subsequent generations like Gen 4’s Rayquaza and Mewtwo.

You play as either Ethan or May (named after Ash Ketchum’s companions), who have been tasked with defeating Team Rocket and restoring peace to Kanto after a mysterious Pokémon attack causes chaos throughout the region. Unlike most official RPGs where battles occur in real-time outside combat zones like caves or routes between towns/cities/towns…

Pokémon Insurgence is an open-world Pokémon game made by fans of the series. It was released in 2016 and is a successor to Pokémon Uranium (which you can read about below).

The game is fully 3D with a non-linear storyline that allows for multiple outcomes depending on your decisions and the people you meet along the way. As far as features go, there are more than 300 different species of Pokémon in this game (excluding legendary ones), meaning you’ll never run out of new creatures to catch!

Pokémon Torus is a free fan game you can download and play online. It’s also available on your computer, but it’s not an emulator. It was created by another fan of Pokémon and featured all the characters you love from the original games in 3D graphics.

One thing to know about this game is that there are two versions: one with different music than the other, so you can choose whether you want to listen to the old tracks or something new!

Pokémon Universe is a fan-made Pokémon game that offers players the chance to experience what it would be like if you were a Pokémon trainer in the Kanto region. It’s based on Pokémon Uranium, which was an unofficial game before Nintendo shut it down and released its own official version of the same game called Pokémon Platinum. Unlike most games in this list, this one is not only a fan-made game but also free to download for Windows, Mac, and Linux systems.

The creators of this game have been working hard since 2008 to provide fans with an immersive and realistic experience playing as their favorite characters (Ash Ketchum). This includes ensuring people can play through events such as The Pewter City Gym Leader Challenge or The Cerulean City Gym Leader Challenge—events that have never been seen before in any other official Pokemon titles. As mentioned above, there hasn’t been much change since its release back then, but developers continue to add new content every month so expect some exciting new features soon!

Fan Games are a unique and wonderful aspect of the Pokémon fandom. They’re also an area with many potential pitfalls, including broken gameplay, unskippable cutscenes, or just plain wrong writing. Here’s how to tell whether or not you should play any particular fan game!

First things first: make sure that it’s still being worked on. If a game has been updated recently, chances are good that the creator is still working on it—though do note that this doesn’t guarantee anything about quality! Next, you should check the reviews on PokéCommunity (or wherever else you found out about the game). Suppose people are complaining about bugs or glitches. In that case, there’ll be more than one review doing so–and if there’s only one person complaining but several positive reviews, then chances are those few negative reviews are pointing out legitimate problems! Finally, check out some Let’s Plays; if someone who has actually played through an entire game says something like “it looks promising but hasn’t been updated in months,” then they’ve probably done their homework already and can give some insight into whether or not this is worth playing as well as what might go wrong later down the line (like having no updates).

We hope you’ve enjoyed reading about these Pokémon fan games. If you want to try one out, we suggest checking out Uranium or Prism, as they’re both great games with a lot of content (and the former has even been nominated for an award).