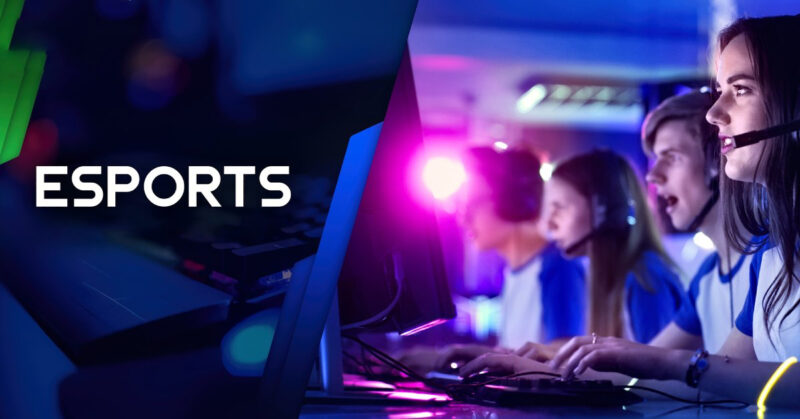 Are you an Esports fan but don’t want to be part of a team? No problem! Games can be challenging when there are too many cooks in the kitchen, so here is a list of 10 awesome solo Esports games.

Hearthstone is a collectible card game developed and published by Blizzard Entertainment. It was released worldwide for Microsoft Windows, macOS, Android, and iOS platforms on March 11, 2014.

The game features cross-platform play, allowing players on any supported platform to compete with each other despite the device used in the competition.

Street Fighter V is a fighting video game developed and published by Capcom. The game was released for the PlayStation 4 and Microsoft Windows in February 2016, with an Xbox One port following in June 2016.

Street Fighter V has a roster of 16 playable characters at launch, four new to the series and 12 returning from Street Fighter IV.

New gameplay elements were introduced, such as each fighter having three personal tools: V-Skills, which are special attacks unique to each character that can be used once per round; V-Triggers; an ability that enhances offensive or defensive aspects of a fighter’s moveset; Critical Arts; powerful cinematic supers that can only be performed when players have enough Super Combo Gauge power stored up after every match. This is one of the best solo esports games to play.

Starcraft 2 is a real-time strategy game that was released in 2010. It is the sequel to Starcraft, which was also one of the best Esports games ever.

StarCraft II is played worldwide, with tournaments across different continents and countries. The game has been so popular that it’s known as “the national sport of South Korea.”

This game has been played professionally since its release, with professional gamers playing competitively online or at live events such as Blizzcon (a convention for Blizzard Entertainment).

Warcraft III is a real-time strategy game and the third entry in the Warcraft series. It was released in 2002 and is still played competitively today.

The game features four playable races: Humans, Orcs, Night Elves, and Undead. Each race has its units that can be trained to fight for you on the battlefield.

Warcraft III has a large following among Esports players; in fact, several all-star teams play this game professionally for money (Esports being a multi-million dollar industry).

If you’re into strategy games or just like watching people play video games competitively, then Warcraft III may be your cup of tea! Warcraft III is one of the best solo esports games to play right now.

Call of Duty Modern Warfare 2 is a first-person shooter video game. It was developed by Infinity Ward and published by Activision.

Dota 2 is a MOBA (Multiplayer Online Battle Arena) game that centers around team play. But you can also play solo!

You control one hero; your job is to defend your base and attack the enemy’s stronghold. If you win, you get experience points which help level up your hero.

The same goes for when they die—they’ll lose some gold coins, but they’ll still get experience points.

The best part? It’s free. While other games might charge you $60+ per copy of their product, Dota 2 gives it all away for free through Steam or another digital distribution platform like Blizzard’s BattleNet service—so there’s no reason not to try it out!

If this sounds too confusing at first glance, then don’t worry—it gets easier as time goes on (and thankfully, there are plenty of tutorials out there). You might even make some new friends along the way. Dota 2 is one of the best solo esports games to play right now.

World of Tanks Blitz is a mobile MMO game where you control a tank and destroy your enemies. The game is played on a small screen, and the action takes place on a 2D plane.

The game offers players plenty of options to customize their tanks, which they can use in battle against other players online.

The controls are simple and easy to pick up, making it perfect for new players or those who don’t have much time to play games.

If you want an easy way to start playing Esports games, World of Tanks Blitz may be what you’re looking for! This is one of the best solo esports games to play right now.

It was one of the first games to use Valve’s Source engine and became one of the most popular online games worldwide for several years.

As you might expect, there are a lot of different multiplayer modes available in this game: single-player modes include Arsenal Mode (assemble your team) and Coop Bot (play with bots).

However, if you want to play against other players online, CS 1.6 has you covered with over 50 maps available during gameplay.

There are also plenty of weapons at your disposal, including an AK47 assault rifle, pistols, and grenades, so this is an exciting multiplayer experience! This is also one of the best solo esports games to play right now.

League of Legends is an online battle arena video game developed and published by Riot Games for Microsoft Windows and macOS. In League of Legends, players assume the role of an unseen “summoner” that controls a “champion” with unique abilities and fights against a team of other players or computer-controlled champions.

The goal is usually to destroy the opposing team’s nexus, a structure that lies at the heart of a base protected by defensive structures. Each League of Legends consists of three distinct stages: The Pick & Ban phase, where each team bans two champions; The Build order stage, where each team picks five more champions; The Gameplay stage, where both teams take turns fighting each other until one wins or loses based on their HP left over after all combat ends or after 15 minutes has passed without any kills/assists being made by either side (a draw).

It can be played as either a single-player or multiplayer, depending on your preference but doing it with others increases its longevity because there will always be someone there who knows how much time has passed since you last checked in on your email account last week.

Solo Esports are just like other eSports, except they’re played by one person rather than a team of players working together to achieve victory against an opposing team (or, in this case, themselves).

Solo Esports games are more popular than ever; people are playing them for money and glory worldwide!

It doesn’t matter whether your preferred genre is first-person shooters or strategy—there’s a solo Esports title for every taste today!

Related Topics:Esports Games
Up Next