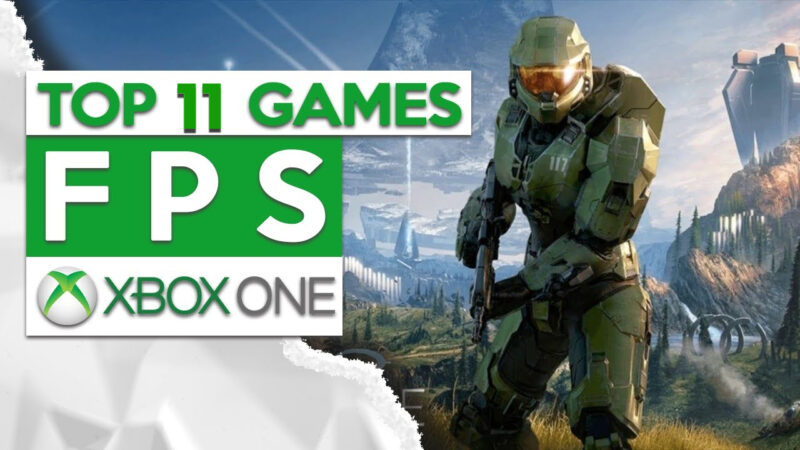 The Xbox One has a massive selection of first-person shooter (FPS) games, and they’re perfect for all gamers. Whether you want to run around as an alien in Prey or shoot robots in Doom, there’s something for everyone. Here are our top 11 picks for the best FPS games you can play on Xbox One right now. 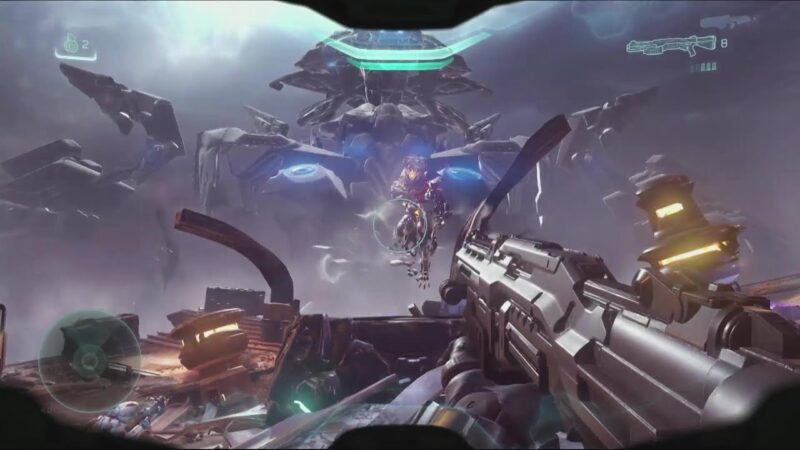 Halo 5: Guardians is an Xbox One FPS game developed by 343 Industries and published by Microsoft Studios. It was released for the Xbox One on October 27, 2015. The game takes place in the year 2558. It focuses on the Master Chief and his artificial intelligence companion Cortana as they attempt to discover who is attacking them on their way to find a means of destroying the Guardians. 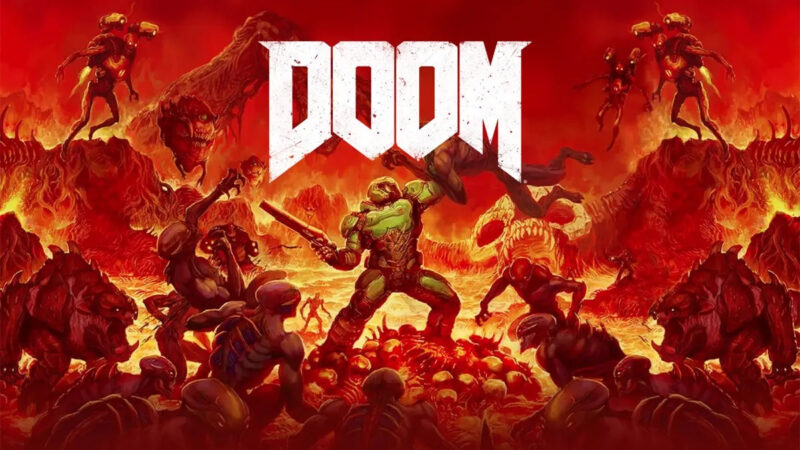 DOOM is one of the best FPS games on Xbox one out there. It has a great single-player campaign, and it’s even better with friends in multiplayer mode. This game is fast-paced, but it’s also fun to play. The soundtrack is pretty good too!

The DOOM series has always been known for its fast-paced action and intense gun fights, and both of these elements are done well in this game. You play as an unnamed protagonist who awakens on a desolate planet while chasing after demons who were released from Hell thanks to a scientist named Samuel Hayden (voiced by Robert Patrick). Along the way, you’ll find yourself facing off against hordes of demons that want nothing more than to kill anything with blood pumping through its veins… including you. 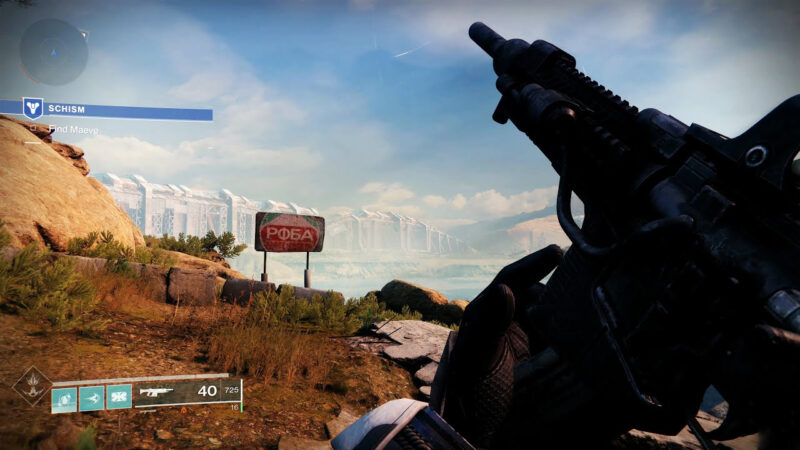 If you’re interested in Destiny 2, you’ll want to know the best FPS games for Xbox One. As the best first-person shooter game out there, it’s sure to be a hit with gamers of all ages and skill levels.

It’s also worth noting that Destiny 2 is available on PC and consoles. If you have an Xbox One but don’t have a PC or laptop, you can still get your hands on this great game! 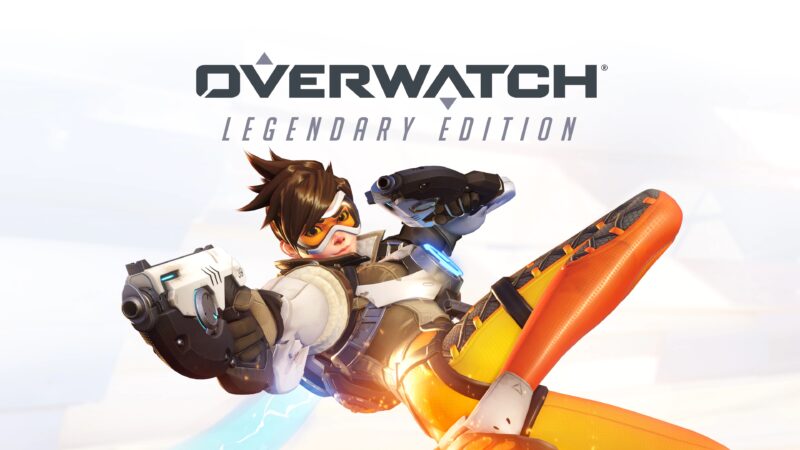 Overwatch is an FPS game developed by Blizzard Entertainment, a subsidiary of Activision Blizzard. Overwatch is a team-based multiplayer shooter video game where players select one of several hero characters, each with their own unique abilities and role classes within the match. These heroes are divided into four categories: Defense, Offense, Tank, and Support. In addition to selecting a hero character, players on a team must also select from one of three gameplay modes: Assault (two attacking teams attempt to capture points or complete other objectives), Escort (one attacking team defends against the other as they escort a payload across the map), or Control (both teams fight for control over certain areas).

Overwatch was released for Microsoft Windows on May 24th, 2016.

Read Also:  Will the PC Version of Demon’s Souls Remake Be Available?

The game has been praised for its art style and emphasis on accessibility; some journalists have compared it favorably to Team Fortress 2 due to its cartoonish art style. Overwatch won several awards at The Game Awards 2016, including “Game Of The Year,” “Best Multiplayer Game,” and “Best Esports Game.” 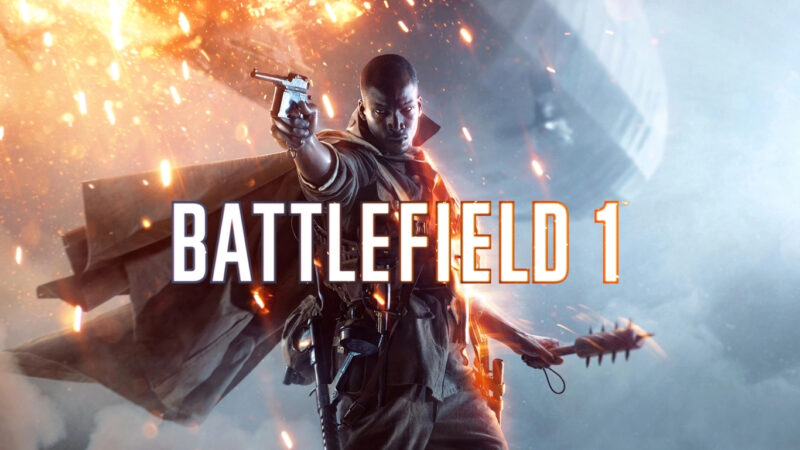 Battlefield 1 is a first-person shooter (FPS) video game developed by EA DICE and published by Electronic Arts. It is the fourth installment in the Battlefield series and runs on the Frostbite 3 engine, built from scratch for this game. It was released worldwide on October 21, 2016, for Microsoft Windows PC, PlayStation 4, and Xbox One. 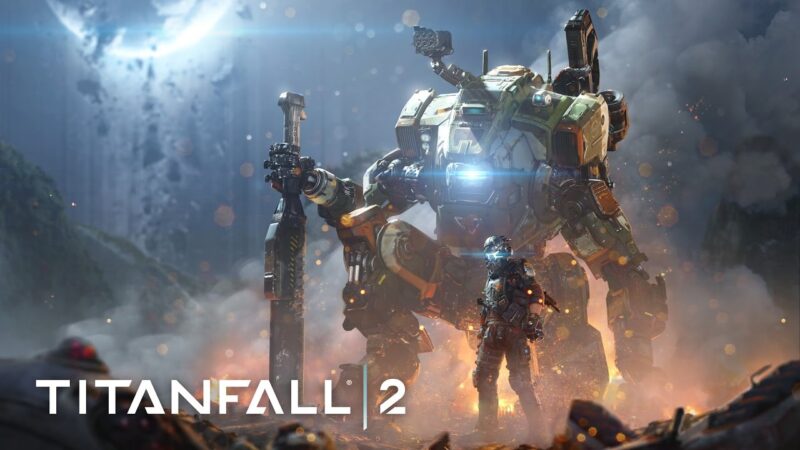 The Titanfall franchise is one of the best first-person shooter series in gaming history. It was developed by Respawn Entertainment and released on October 28, 2016. It is a sequel to Titanfall and was intended to be a multiplayer-only game until development for single-player mode began following fan feedback from Titanfall 1’s campaign mode.

The game focuses on fast-paced action with parkour elements and physics-based mechanics that allow players to destroy buildings and use their surroundings as cover during firefights with enemy units.

You can play either as a pilot or an elite pilot in multiplayer mode, but pilots are more agile. In contrast, elites have access to heavier weapons like rocket launchers and sniper rifles, making them more effective at long-range combat situations than pilots are due to their slow movement speed when not sprinting forward towards enemies compared with playing as one of these characters within this world type.” 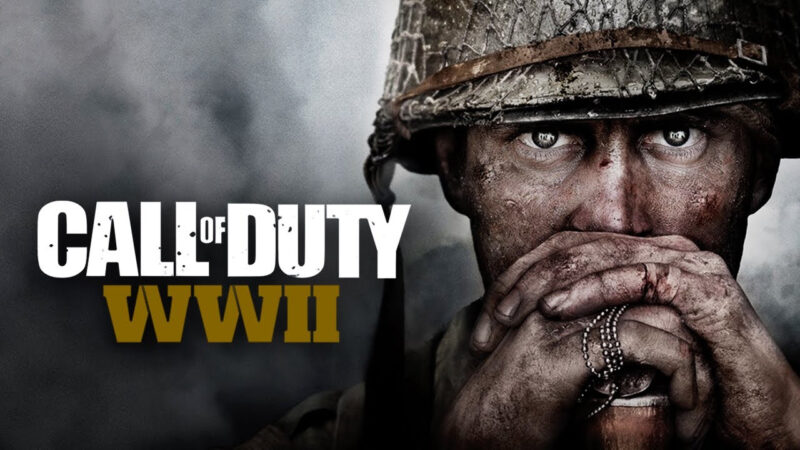 Call of Duty WWII is a great FPS game for new players. It does a fantastic job at introducing you to the basics of playing an FPS and will have you shooting Nazis in no time. Moreover, there are enough changes here that even veterans will find something new and exciting about this classic franchise.

Veteran players who want to play in a team will love Call of Duty: WWII’s multiplayer mode. This game has some of the most realistic sound effects I’ve ever heard, which makes it especially fun when playing with friends on your headset (I recommend Turtle Beach’s Elite Pro). If you like listening in on your enemies’ conversations while waiting for them to walk into your crosshairs, this game is right up your alley!

If you’re looking for something that lets you play alone or with others without having to use a controller (because let’s face it – sometimes those controllers just feel awkward), then check out Call of Duty: WWII’s single-player campaign! The story revolves around an American soldier who finds himself stranded behind enemy lines during D-Day after his plane crashes into the sea; if only he could get back home… 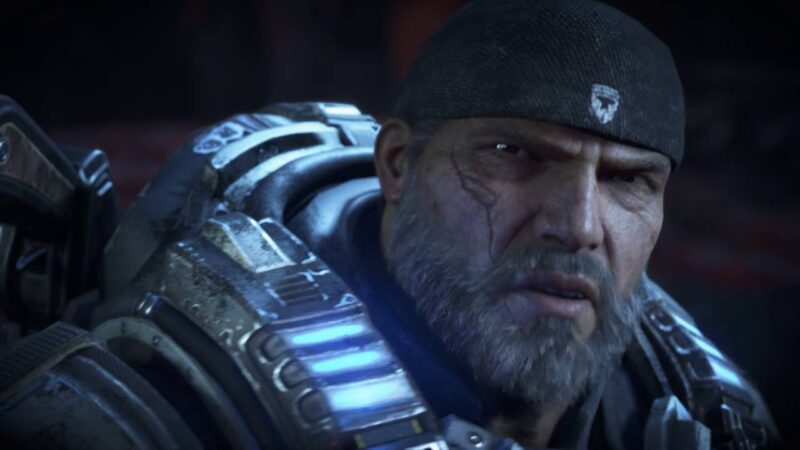 Gears of War 4 is a first-person shooter video game developed by The Coalition and published by Microsoft Studios for Microsoft Windows and Xbox One.

It is the fifth installment in the Gears of War series and the first main entry in the series since 2015’s Gears of War: Ultimate Edition.

Set 25 years after Gears of War 3, players control J.D. Fenix, son of series protagonist Marcus Fenix, as he embarks on a new mission to fight an ancient enemy called The Swarm alongside his father and friends from Delta Squad.

Players battle enemies using weapons such as lancers, shotguns, sniper rifles, and grenades; they can also use special abilities such as summoning their COG tags which provide temporary buffs. 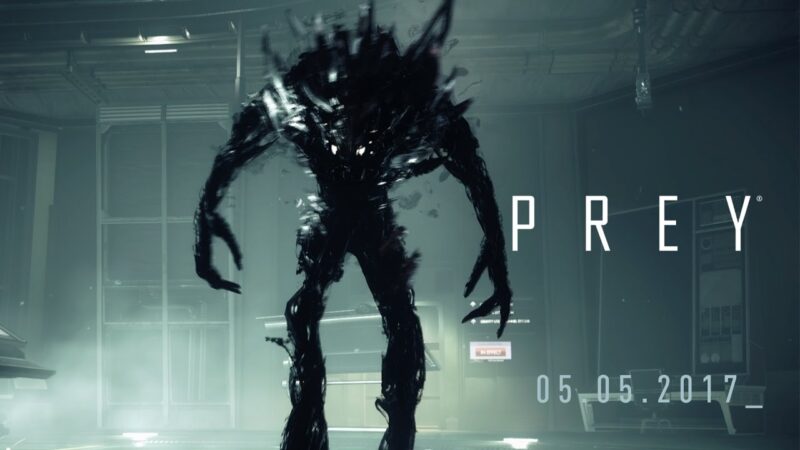 Arkane Studios is the developer behind this FPS game. They are known for creating games like Dishonored, Prey, and Arx Fatalis.

The plot of Prey revolves around Morgan Yu, who wakes up on a space station that aliens have overrun. You play as Morgan Yu as you try to escape from the station before it gets destroyed by an alien ship called Typhon, which wants revenge for what happened to them millions of years ago (more on later). 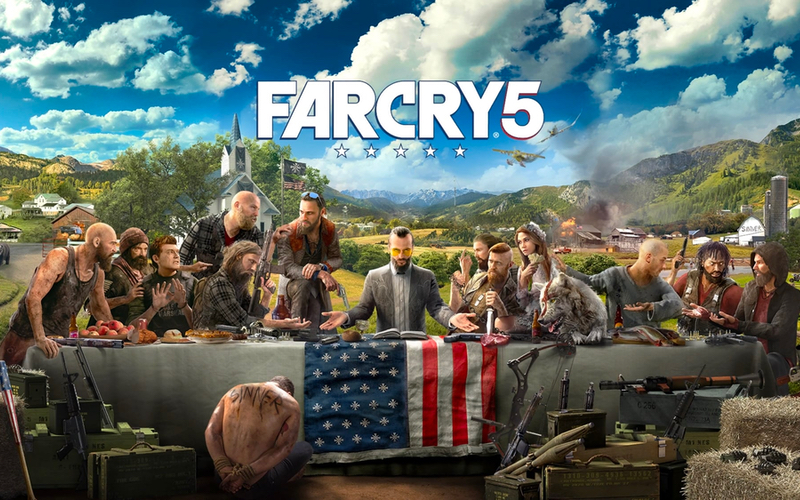 The game puts you in control of a silent protagonist who must rescue his friends from an apocalyptic cult gone rogue. The cult members have taken over Hope County and are led by their charismatic leader Joseph Seed. That’s where you come in—you’re tasked with building up resistance against Seeds’ army of fanatics so that you can finally take down their leader once and for all.

But don’t let its story fool you; this isn’t just another run-of-the-mill shooter. Far Cry 5 offers plenty of variety in how you choose to play it (and how many friends you bring along).

Whether it’s letting off some steam in side activities like fishing or racing ATVs through Montana’s rolling hills, trying out new weapons like crossbows or flamethrowers on enemies before taking them down with guns blazing, or even just enjoying exploring Hope County on foot as much as possible—there’s something here for everyone! Far Cry is an incredible FPS gem for Xbox one. 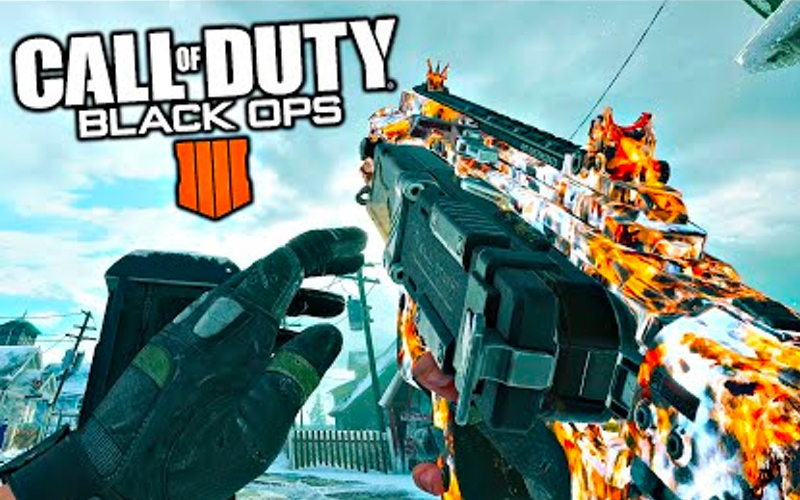 Call of Duty Black Ops 4 Multiplayer is the 11th best FPS game for Xbox One. It’s not just another Call of Duty game. Following up on last year’s Black Ops 4, Treyarch has made some significant changes to how the multiplayer works in this latest entry in the series.

There are new features like a Battle Royale mode called Blackout, which plays out much like Fortnite or PUBG but with more guns and zombies thrown into the mix. If you’re looking to jump straight into a traditional Deathmatch-style mode where you shoot your friends in the face, there’s plenty here for you too.

It’s time to get your game on! Whether you’re looking for an epic single-player adventure or a chaotic multiplayer experience, these FPS games are sure to please. Check out our top 10 best Xbox One games article if you want to take things further.