The Star Wars franchise has been around for decades and is still as popular as ever. With the release of The Last Jedi coming up soon, I’m sure there will be an even more significant resurgence of interest in all things Star Wars. And if you want to get into it, why not try some exciting Star Wars games on your Android phone? We’ve rounded up the best of them right here.

Star Wars: Knights of the Old Republic is a role-playing video game set in the Star Wars universe. Developed by BioWare and published by LucasArts, it was released for the Xbox on July 15, 2003, and for Microsoft Windows on November 19, 2003. In 2004, it was ported to Mac OS X by Aspyr Media and published by MacPlay. The game received critical acclaim upon release; significant praise went to the gameplay mechanics, soundtrack and graphics.

Star Wars: Knights of the Old Republic takes place 4000 years before A New Hope (the first film in this series) as Darth Malak (voiced by Jeff Bennett) threatens to destroy all life in the galaxy with an army; of warships called “Star Forge.” You play as a Jedi Padawan who must stop him before he destroys everything you know about life!

Star Wars: Force Arena is a MOBA mobile game inspired by the Star Wars universe. The game is free-to-play on Android and iOS, and Netmarble developed it.

The goal of Star Wars: Force Arena is to take down your opponents by using your characters’ abilities and powers. You can choose from one of several different classes, each with unique abilities and play styles. Characters are divided into three groups: rebels, Imperials, and mercenaries—each with their strengths and weaknesses that you will have to consider when building your team up for battle.

Star Wars Galaxy of Heroes is a mobile strategy game, similar to Clash Royale and Game of War. You can play as your favorite Star Wars characters, but you must collect them first. Each character has different strengths and weaknesses, so you’ll have to decide which ones to bring into battle depending on the situation.

You can play in real-time against other players or against AI enemies (which are usually weaker than human opponents). There’s also an option for solo play if you want to avoid fighting other humans altogether. The game features several modes: arena battles, where players compete with their teams; story mode, which follows an original plot based on Star Wars lore; raids that take place over multiple weeks and have a boss fight at the end of each one; missions with objectives that vary over time.

The most notable feature is how it makes use of microtransactions. You can buy packs containing random items using credit earned in-game or crystals bought with real money (or both). The cost of items ranges from 30-50k credits per pack up to 1 million credits per pack (or $100-$200), but many people find these prices reasonable considering what they get from it: new heroes!

Star Wars Uprising is a mobile action game in the Star Wars universe. It was released on September 10, 2015. The game is available for iOS and Android devices. It is developed by Kabam, who is also famous for other games like Marvel Contest of Champions and Marvel Pinball FX2.

Read Also:  V Rising: How to Gain and Control Servants

Star Wars Uprising takes place after Return of the Jedi. It features a new hero named Chase McCain as he faces off against both Imperial forces while trying to find out what happened to his father’s mining facility on Lothal.

Star Wars Commander is a strategy game that lets you build your base and defend it from the Empire. It’s an excellent choice for Star Wars fans since the story revolves around Princess Leia (played by Carrie Fisher in the original trilogy) fighting against Darth Vader.

This might be your best bet if you’re looking for something with a little more action than building bases. You get to fight alongside some of your favorite movie characters while defending yourself against villains like Darth Vader and General Grievous. And if you’re looking to play with people who aren’t as familiar with Star Wars as you are, there’s even a casual mode where everyone starts as ordinary soldiers instead of officers or heroes.

6. Heroes of the Empire RPG

You can play as a Jedi or a sith. This game is based on the period between Episode 3 and Episode 4, so when you start, you’ll have access to some of the most iconic characters in Star Wars history. This includes Darth Vader, Yoda, Chewbacca, and Princess Leia Organa (among others). The plot kicks off when the Empire starts to build its Death Star. You’ll need to stop them from achieving their goal before it’s too late!

The gameplay is pretty simple: choose your character (either Jedi or Sith), then head out into space for epic battles with other players worldwide. If you’re playing on mobile devices like an iPhone or Android, then there are no worries about having an internet connection—you can play this game entirely offline anyway!

LEGO® STAR WARS™: The Complete Saga is a game for Android that allows you to play through all six Star Wars movies as LEGO characters. It’s rated for ages four and up, but it’s easy enough for anyone who likes Star Wars or Lego to enjoy. This fun game brings together two of the world’s most popular franchises.

LEGO® STAR WARS™: The Complete Saga allows players to relive all six Star Wars movies in an interactive format that highlights their favorite moments from each movie, such as Han Solo and Chewbacca escaping the ice planet Hoth in The Empire Strikes Back or Darth Vader dueling Obi-Wan Kenobi on Mustafar in Revenge of the Sith.

Players also get access to exclusive playable characters such as Yoda and Bossk from Star Wars: Episode V – The Empire Strikes Back; Luke Skywalker, Princess Leia Organa, Han Solo, and C-3PO from Return of the Jedi; Darth Maul from Phantom Menace; Zam Wesel from Attack Of Clones; General Grievous from Revenge Of The Sith; Anakin Skywalker (Jedi) And Padmé Amidala (Queen) From Attack Of Clones And Clone Troopers From Phantom Menace And Revenge Of The Sith.

Based on the Star Wars film franchise and the Angry Birds series of games, it was developed by Rovio Entertainment and published by LucasArts. It was released on November 8, 2012, for Android, iOS, and Windows Phone devices.

The plot of Angry Birds Star Wars is between “A New Hope” and “The Empire Strikes Back,” although many other stories from the Star Wars universe are referenced or alluded to in-game. The game starts on Tatooine with Obi-Wan Kenobi fighting Tusken Raiders with his lightsaber (a reference to one of A New Hope’s scenes). He then uses a mind trick to stop two stormtroopers from shooting at him by knocking off their helmets with his lightsaber (a reference to one of Return of the Jedi’s most famous scenes).

After this brief scene in which Luke Skywalker fights Darth Vader while trapped inside an AT-AT Walker surrounded by stormtroopers on Hoth, an opening crawl appears explaining what happened before the events shown earlier: a group known as The Dark Side Elite have been instructed by Emperor Palpatine himself to enter a portal created by Darth Vader’s personal apprentice Kylo Ren after he had opened up another dimension where he traded an artifact called The Sith Holocron for it; this artifact contains information about various powerful Force abilities including how they can be used against enemies.

Star Wars Pinball 4 is a pinball game with four different tables. There’s one based on The Clone Wars, another based on Solo: A Star Wars Story, a Boba Fett table, and a table for each of the three previous films in the original series.

The game itself is pretty good; it has enough depth that you can spend hours trying to get perfect scores by bouncing your ball around various obstacles while trying to avoid getting knocked out by other balls or bumpers. And while this doesn’t sound like it’d be any fun at all—and certainly not something worth paying money for—the fact that each table has its unique theme helps keep things exciting and gives each one its personality.

It also helps that the graphics are well done; they’re bright and colorful without being too flashy or distracting from what’s happening during gameplay (which would have happened had they gone with CGI).

The LEGO® Star Wars™: The Complete Saga app provides exciting gameplay for adults and kids, with tons of fun puzzles and mini-games.

You can play as your favorite characters from the movies like Darth Vader, Han Solo, and more in this fun puzzle game based on the hit films. You’ll help Luke Skywalker rescue Princess Leia from the evil Darth Vader on Tatooine as you play! Or help Chewbacca defend his home planet of Kashyyyk from Imperial forces! There are also many other levels to explore in the game.

The Star Wars Databank App is a free app available on the Google Play Store. This app provides an in-depth encyclopedia of all things Star Wars and allows you to access it anywhere, any time.

The StarWars.com Databank App is an excellent way for you to fill your brain with more knowledge about every single detail of Star Wars! You can use this app to learn about characters, locations, events, ships, and vehicles—and anything else that has been in any of the movies so far (such as comics).

As you can see, there are many different game options to choose from when it comes to Star Wars games on your Android device. Most of these games are free; some just cost a few dollars. If you enjoy playing RPG-type games where you get to save the galaxy or fight in epic battles against other players and their teams, then check out Star Wars: Force Arena, Galaxy of Heroes, or Uprising. If you’re more into real-time strategy games like Clash of Clans, try Commander for Android devices today! 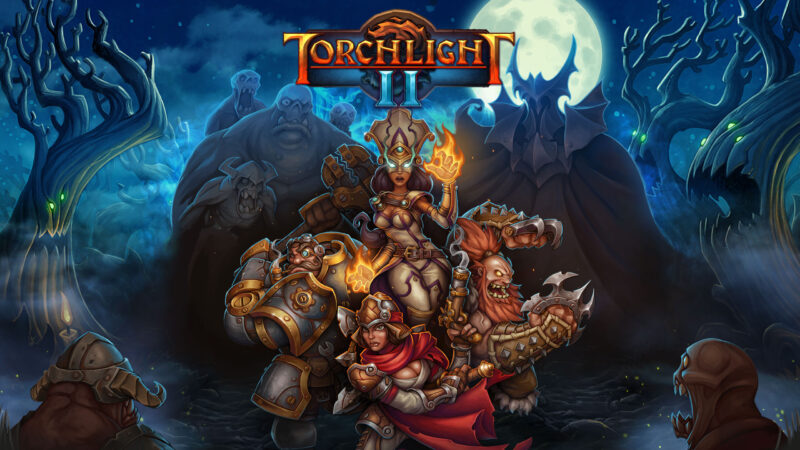 These games are all action RPGs, which means that they’re based on the same principles as Diablo. You’ll…
Usen Ebong
Read 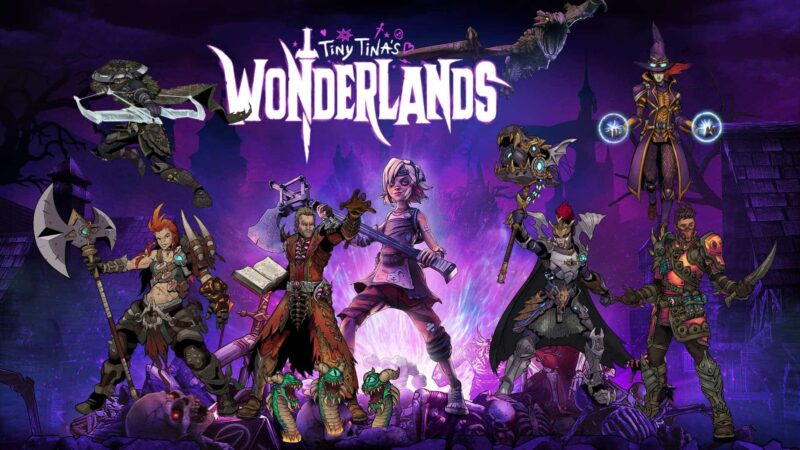