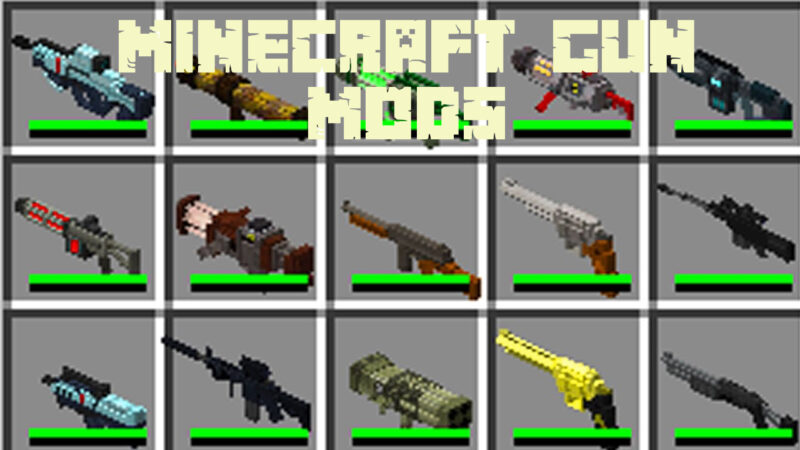 There are many different types of Minecraft gun mods, but for the purposes of this article, we’re only going to discuss those that add guns to the game. In addition to being fun and exciting, these weapons can help you protect yourself from hostile mobs in dark caves or other dangerous locations where creepers or skeletons might attack you.

If you are looking for a mod that adds modern weapons to Minecraft, then MMW is the best one for you. MMW has over 120 weapons in total, including some of the most popular guns, such as the UMP45, SCAR-H, and AKS-74U. It also features attachments like silencers and scopes!

MMW is not just a basic gun mod; it’s also very easy to install! Just download this mod from CurseForge and install it by clicking “Install Mod” in Minecraft Forge or installing with an installer (like MultiMC). Once you have installed this mod, all its contents will be accessible through your in-game inventory. 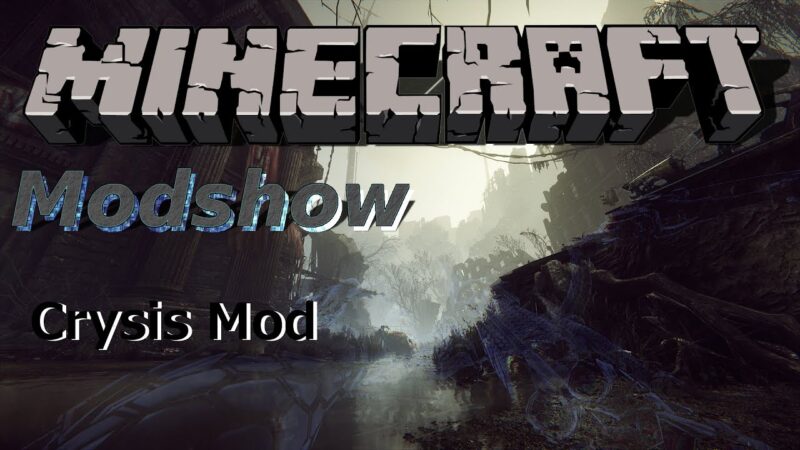 Crysis is a Minecraft mod inspired by the game Crysis. It adds a variety of weapons, armor, and blocks to the game.

The mod has been around for a long time and is famous for good reason: it adds some fun new tools and gameplay elements you may not have seen before in other mods or vanilla Minecraft itself.

The Spectral Gun mod adds a spectral pistol, rifle, and shotgun to the game. Each gun has a unique ability: the pistol can shoot through blocks, the rifle is more accurate than most other guns, and the shotgun can fire three projectiles at once.

Additionally, each gun has a unique look and sound effect. They also have custom textures—the pistol is purple with an orange grip; the rifle has white stripes on its stock, and both barrels of the shotgun are colored red with yellow outlines that fade into blue towards their tips. The projectiles fired by each weapon also differ from those in vanilla Minecraft: they’re more petite red balls than regular bullets or arrows.

World Overhaul Mod (WO) is a must-have mod if you want to experience the game to its fullest! It adds so many features that it’s hard to list them all here, but here are some of the highlights:

Elemental Items are the items that you’ve been looking for! These special weapons and tools have unique effects, allowing you to help others or harm them.

Minewatch is a Minecraft mod that adds several new weapons and items to the game. Minewatch Ore is an ore added by this mod, used to craft Minewatch items. The mod’s author recommends using the popular resource pack known as Conquest.

Gods’ Weapons is a mod that adds new weapons, items, and armor to Minecraft. The mod has a variety of new items, including weapons and armor, as well as new mobs. Gods’ Weapons also add a new dimension called the Godlands, which can be accessed by finding an altar in the Overworld.

One of the more exciting features of this mod is multiplayer compatibility – if you’re playing with friends, then all of you can use the same set of weapons at once!

Skyrim is a mod for Minecraft that adds a ton of new weapons, armor, and items. It also adds a lot of new mobs and blocks. The goal of Skyrim is to make Minecraft feel like an actual open-world RPG like Skyrim did on a console or PC.

This is the mod for you if you want to add more realism to your Minecraft world!

The Star Wars Mod is a mod that adds Star Wars items to Minecraft. It adds lightsabers, blasters, stormtrooper armor, and more. The mod also adds a new dimension called the End which can be reached by killing the Ender Dragon. In this dimension, you will find an Enderman mob called the Eye of Ender, who opens portals to different worlds on his back. This mod could be fun in your next playthrough as long as you don’t mind being chased by wampas every thirty seconds during your journey across multiple dimensions!

The Otaku Craft mod adds four new weapons: the Katana, the Kama, the Nunchaku, and the Tonfa. You can craft them on a crafting table and then customize them in an anvil with Stick and Steel Ingot (for melee weapons) or Leather (for armor).

CubeX2 created the Forge Weapons+ mod, which is available on the CurseForge website (link below).

Last Days is one of the more popular mods out there, and with good reason. The mod adds new weapons, tools, blocks, mobs, biomes, and dimensions to Minecraft. This mod adds a total of 70+ items in all!

TheBetterGuns mod adds a variety of guns to the game, including energy rifles and rocket launchers. The mod also comes with its own texture pack, making these weapons look great in-game.

The Star Wars Mod is a mod that adds Star Wars-themed weapons, armor, and mobs to Minecraft. The mod is compatible with Minecraft version 1.8 and up and adds several new items, including weapons, armors, and mobs.

The Monolith Pack is a mod that introduces new weapons to your Minecraft arsenal. Some of the most notable additions include:

The Call to Battle 2 mod adds a bunch of new guns and weapons to Minecraft, and it’s suitable for players who like to fight.

The mod adds more than 40 new guns, including powerful rifles, machine guns, shotguns, and grenade launchers. There are also various experimental weapons with unique abilities like one-shot sniper rifles or flamethrowers. The mod also adds gun attachments such as scopes, silencers, or laser sights that can be attached to almost any weapon in the game.

In addition to all these fantastic features, Call to Battle 2 includes a custom-made damage system where each weapon has its own unique stats depending on how many bullets you fire at once (you can only hold one bullet at a time) or what type of ammo you use (like explosive bullets). This makes every helpful weapon depending on how much damage it does against different enemies like zombies vs. skeletons vs. creepers, etcetera!

Tetra is a mod that adds a variety of new guns, ammo, and attachments. It can be used with any texture pack and supports servers.

The Age of Weapons mod adds many new weapons to the game. The mod includes the sword, bow, crossbow, ax, and hammer, among other things. Each weapon has its own unique characteristics and stats so that you can choose a weapon based on what you want it for. For example, if you want to do more damage than your opponent, choose the sword, but if you want to be stealthy, use a bow instead!

The mod also allows players to create their own custom weapons using different materials like stone, iron, etcetera; this way, players can customize their weapons as much as they like according to their preferences!

And that’s it! We hope you have found a few mods that you like, and we look forward to seeing your comments and suggestions in the comment section below.