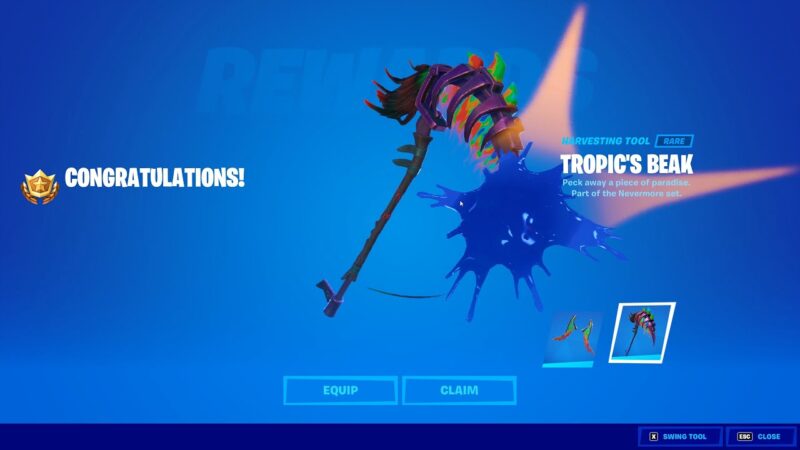 The Island Hopper quests for Fortnite have been added to the game. These quests are a set of six challenges that are related, rather aptly, to the Island Hopper playlist. This playlist is a collection of community-made Creative game types that players may enjoy exploring.

It is possible for players to earn six different rewards and a whole lot of experience points by completing the new challenges that have been added to Fortnite; however, in order to do so, players will need to become familiar with all of the new Island Hopper game modes first.

In addition, even after players have learned what they are supposed to do, they will still need to figure out the most efficient way to complete the challenges.

You can find a complete rundown of all of the Island Hopper tasks in Fortnite listed down below, along with information on the various game types and the rewards that can be earned by completing the objectives.

Within Fortnite’s brand-new Island Hopper playlist, there are a total of 6 distinct Creative game types that players may choose from. These modes are as follows: 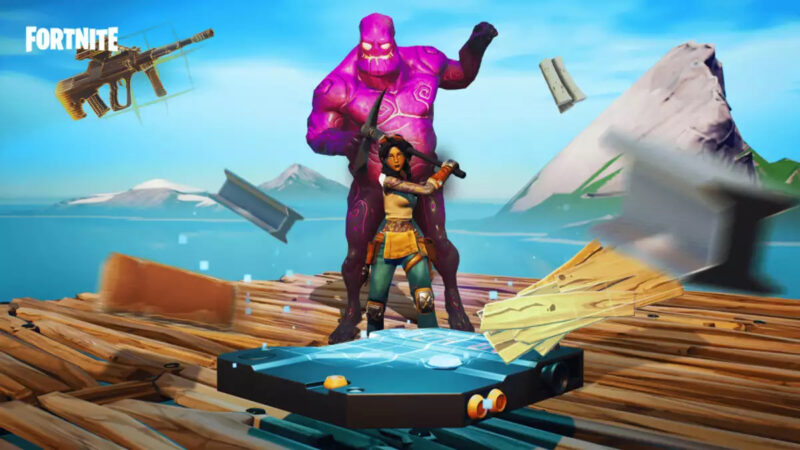 You can click on any of the games above, or scroll down to learn more about them, but keep in mind that they are only available for a limited time and will be removed (along with the associated challenges) on July 6 at 10 AM European Time.

If you want to learn more about them, you will need to act quickly. When you are selecting your game mode, you may access all of them in their own playlist that is clearly displayed right beneath the primary game kinds available in Fortnite.

The Island Hopper game modes, when taken as a whole, comprise a rather wide portion of different sorts of play, each of which offers a number of different and entertaining variations on the standard formula for Fortnite. Because knowing one does not automatically mean knowing all of them, we will go through each of them in the following in basic detail so that you are aware of what to anticipate.

An intricate, slick, and sliding playground that is comprised of a variety of challenges revolving around running, leaping, and climbing. It is basically a group of obstacle courses for players to develop their parkour skills, and it is an enjoyable experience that does not involve any form of violence.

Ultimate Murder Mystery is a social deduction game that puts a Fortnite twist on classics like Gary’s Mod TTT, Werewolf, and Among Us. Players take on one of three roles: hunters, sheriffs, or innocents. The goal of the game is for the sheriff to figure out who the hunters are before all of the innocents are murdered. How challenging could it possibly be?

It should come as no surprise that the jumping between blimps that takes place in Blimp Wars creates an intriguing backdrop for the otherwise chaotic battle that takes place in this massive 12v12 arena. Because everything is situated so high up, going from a cliff can quickly end in disastrous consequences.

A player versus environment game with the overarching theme of “survival in the skies,” in which players begin the game perched on a small trigger that can be pulled to produce resources. The objective of this game is to stay alive for as long as possible and finally reach the boss battle; think of it as a sort of Fortnite-inspired take on Minecraft and modifications like Skyblock.

Although everyone is driving automobiles, this is not a typical race; instead, you are all in a huge arena that is covered in a variety of colored tiles, and you are required to park your vehicle on the appropriate tile when instructed to do so. Keep an eye out for other players who might try to knock you off the platform by using their bumper cars, of course.

Prop Hunt is a well-known phenomenon in the gaming world, but in case you’re not familiar with it, it’s a game in which half of the players take on the appearance of various objects that can be found on the playing field. These players then have to remain hidden or blend in with their surroundings until the match is over, all the while the other players are attempting to identify which coffee cups and rubber ducks are actually people.

There are a total of six challenges that are a part of the Island Hopper event. One of these challenges is connected to each of the game modes described above, and each mode has its own set of requirements that must be met in order to progress. The complete list is as follows:

Upon successful completion of each of these challenges, you will be rewarded with 10,000 Experience Points; hence, completing all of them will get you a significant distance toward completing the Battle Pass. Others, such as those based around “Achievements,” make more sense once you’re actually playing the game.

This is because Parkour Universe and Color Dash are filled with a variety of objectives players can complete while they explore. If you’re having trouble with the Fortnite Parkour Universe challenge, check out our guide on how to complete it if you need help.

In addition to gaining experience or simply having more fun while playing, players who successfully complete the quests described above are eligible for one of the six distinct awards that are detailed in the following paragraphs. It makes no difference which ones you finish; completing any combination of them will earn you the benefits that were mentioned, though you will need to surpass them all to win the grand prize.

Fortnite Diving Boards Locations: How to Find and Use Them for Weekly Quests