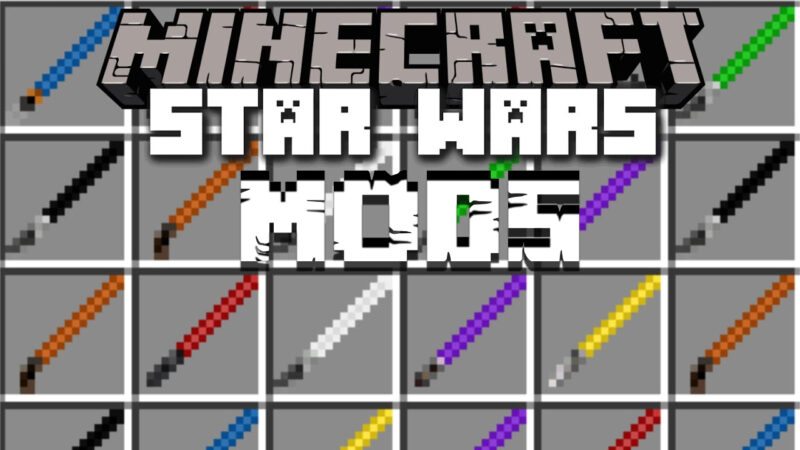 Are you a fan of Minecraft and Star Wars? If so, you’re in luck! There are plenty of mods out there to help you combine the two. Whether adding a new theme to your game or just adding some fantastic items that look like they came straight from the movies, these Minecraft mods will give you an experience unlike any other. Here are our top picks: 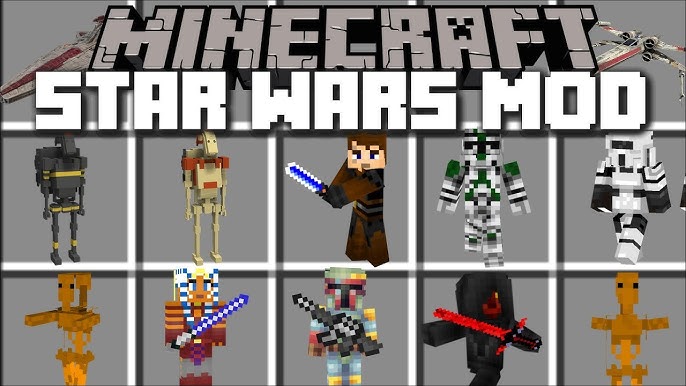 This mod is for you if you want to add a ton of Star Wars content to Minecraft. It adds over 100 different weapons, tools, and armor from the Star Wars universe. You can create your own lightsabers and blasters to fight off those pesky Stormtroopers or Wookies that attack you in Minecraft. It also features various characters like Darth Vader, Han Solo, and Chewbacca. The screenshots really do not do it justice; these are some of the best-looking weapons I have seen in any mod so far!

Wandercraft is a mod that adds a wand-crafting system to Minecraft. It helps create new armor and weapons but can also be used to make items like ender pearls or potion bottles. You’ll find the recipe list in the game’s crafting guide on the tutorial page, so don’t worry if you’re not sure how it works!

This mod is free, but you’ll need Minecraft Forge to use it—you can download and install it here (scroll down). Once you’ve done that, just put Wandercraft into your mods folder and launch Minecraft!

Imagine SW is a mod that makes Minecraft look like the Star Wars films. It adds new items, blocks, and mobs to the game. The default texture pack is used for this mod.

Many new items and blocks added by Imagine SW include lightsabers, blasters, stormtrooper helmets, and armor suits. With this mod installed on your computer, you can create vehicles such as AT-STs and Tie Fighters.

You’ll also find some new mobs in the game, such as Wampa (Tauntauns) and AT-ATs, along with other characters from the movie franchise, such as Han Solo, who will give you quests to complete based on their adventures in A New Hope movie or other films from this series.

The Star Wars: The Skywalker Saga mod adds a ton of content to Minecraft, including new mobs and items inspired by the films. You can build your own spaceship, fly around in space, or venture into Coruscant’s depths to explore the city planet. This mod is highly detailed and will definitely change how you play Minecraft. 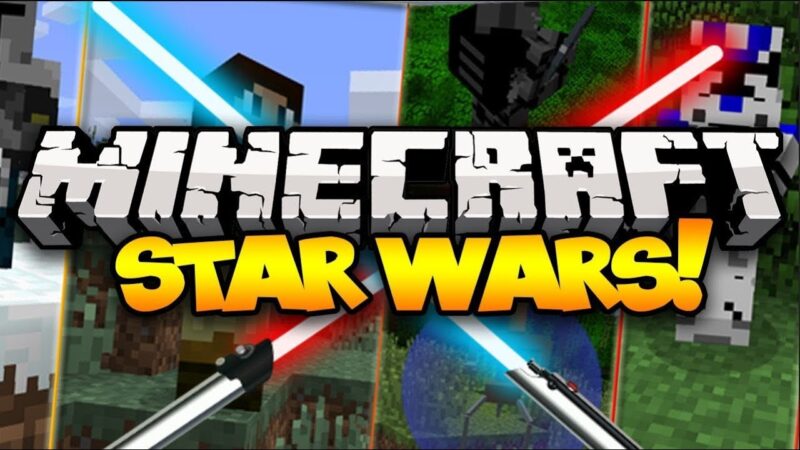 Before installing this mod, you need to download MCPatcher HD (if you don’t already have it). Then install OptiFine or another graphics pack for better textures. Finally, open up MultiMC with your resource pack loaded into it; from there, find “Star Wars: The Skywalker Saga” in its library and double-click on it to launch it!

Starfall is a mod that adds a lot of new features to Minecraft. It adds new mobs, new weapons, new biomes, new blocks, new dimensions, and more. This mod is excellent for Minecraft players who want to add some Star Wars flavor to their game. Starfall has also been updated recently, so it’s compatible with other mods!

If you’re looking for something that lets you craft your own lightsaber or explore the Galaxy in search of Jedi temples, this will be right up your alley! I especially like building in this world because there is always something interesting around every corner (or rather – behind every block).

Star Wars – Galaxy’s Edge is a mod that brings the Star Wars universe to Minecraft. It adds new mobs, structures, and items, all inspired by the films. The mod also adds new biomes based on planets seen in the movie franchise.

This mod is great because it gives you access to all of your favorite Star Wars locations without having to leave your house! And with the ability to create your own content using this mod, there are endless possibilities for creating epic adventures in Minecraft.

This is a survival mod based on the Clone Wars, so you know it will be fun to play. It’s definitely not for those who want an easy or casual gaming experience: this mod requires you to struggle through hunger and thirst while searching for resources like food, water, and shelter.

If you’re looking for a challenge and love Star Wars, this is probably the mod for you! The team behind it is working hard to ensure that their mod has plenty of content to keep players engaged for hours—ideally without having them die from starvation or dehydration first.

The Legends mod adds a whole new dimension, new mobs, new items, blocks, and more. There are also new bosses to battle. The story takes place before the events of Star Wars Episode IV: A New Hope. You will be able to explore Tatooine and participate in quests to restore peace to the galaxy!

There are also nine different playable characters, including Han Solo and Chewbacca. Once you’ve created a character, you can choose from several classes like Jedi Knight or Bounty Hunter (which lets you collect credits for your bounty). You’ll need these credits to buy weapons or armor at a store called C-3PO’s Shop!

This mod adds a lot of content from the Star Wars universe, including the Jedi and Sith. The mod also adds several new weapons, vehicles, and characters to Minecraft. The mod’s author has been working on it since August 2017 and says he will continue updating it as long as people want him to.

The first thing you need when installing this mod is an auto installer for Java Minecraft (MC) version 1.11 or higher because it does not come with one already installed by default. You can find plenty online, but I used McUpdater, which works fine, although other options are available if you prefer something else, such as MultiMC or JSmashGUI. The second step is downloading all of your desired mods from MCPE Addons, which is where I got most everything except for Star Wars in MC itself!

Parzi’s Star Wars Mod is great for fans of the Star Wars franchise. It adds a lot of new content to the game and is an excellent mod for Star Wars fans. It is also a great mod for players who want to add more Star Wars content to Minecraft along with their favorite mods.

You can add a new dimension to your Minecraft experience with these mods. When you think of Star Wars, it’s easy to imagine epic battles between light and dark sides, lasers firing everywhere – but in Minecraft? It’s not so simple! That’s where these great mods come into play: adding all sorts of things like jetpacks and lightsabers makes it possible for you to explore a galaxy far, far away while playing on your computer at home.