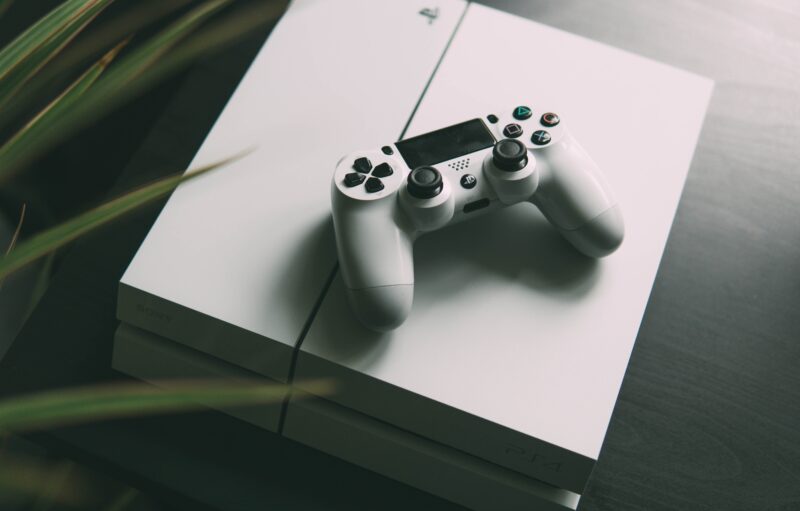 As of writing this article, well over 600 games are available for the Playstation 4. Some of these games are good (and a few are great); however, they didn’t cut as one of the ten best multiplayer games on PS4.

Some of these good games didn’t make it onto this list. I will note at the bottom of the article to include honorable mentions, so make sure you read through till the end to find out which games didn’t quite manage to make the top ten best multiplayer games on PS4.

Fortnite is a free-to-play battle royale game that’s become immensely popular, so it’s no surprise to see it on this list.

The game pits 100 players against each other in an attempt to be the last man standing. You can play solo or in teams of up to four people, and there are plenty of weapons and items at your disposal with which you can either take out enemies or protect yourself from them.

Fortnite has seen its popularity skyrocket over the past few years, thanks mainly to its accessibility; its free makes it easy for anyone who owns a PS4 (or PC) console to try out without spending any money upfront.

In addition, Fortnite offers cross-platform play with mobile devices such as Apple iPhones and Samsung Galaxies—gamers on any platform can play together regardless of where they are coming from. This is one of the best multiplayer games on PS4.

GTA Online is the multiplayer component of Grand Theft Auto V. It was developed by Rockstar North, with assistance from Rockstar San Diego, Rockstar Toronto, and Rockstar Leeds.

The game’s online mode allows up to 16 players to engage in cooperative or competitive game matches, which are played across five different methods: Jobs (story-based missions), Deathmatches (free-for-all kills), Races (track challenges for vehicles), Gang Attacks (gangs defending their territory) and Till Death Do Us Part (players using spouses as shields).

Players can also use non-player character crew members in cooperative gameplay outside of jobs if they choose not to play alone or meet the in-game requirements needed to access it, such as owning businesses like Los Santos Customs & Scrap Shops, before being able to start them up yourself! This is one of the best multiplayer games on PS4.

The game received positive reviews from critics who praised its gameplay, map design, and Terrorist Hunt mode; however, it was criticized for its microtransactions and lack of a single-player campaign mode.

It also won several awards, including “Best Multiplayer Game” at The Game Awards 2016, and was nominated for seven awards, including “Game of the Year.” Still, it did not win any prize at The Game Awards 2016, unlike its predecessor Tom Clancy’s Rainbow Six Siege, winning 4 of 7 nominations that year and winning “Game of Year.” This is one of the best multiplayer games on PS4.

Rocket League is the way to go if you’re looking for a free-to-play multiplayer game that up to eight players can enjoy.

It also has Xbox One and PC versions, so if you have friends who own other consoles or computers and want to play together, they can join in!

The premise is simple: you drive around the arenas with a ball and try to score goals. The twist is that cars can jump high into the air—so high that it feels like a stunt actor jumped off his car just before it hit the goal!

While Monster Hunter World is primarily a role-playing action game, it also has elements of survival horror and even RPG games like Skyrim.

You’ll have to explore an open world filled with different creatures and monsters to hunt in the game. You can play alone or with up to four other players online or locally on the same console.

One of the best parts about this game is that you don’t have to be connected online all the time to enjoy it; there are tons of quests available for solo play as well, so if your internet goes out or you want something quick and fun while you’re waiting for someone else then go ahead!

Another unique aspect is how tough these boss fights can get without help from friends; having friends makes things easier, but there’s no way around it: if not prepared right, prepare yourself for some bad luck!

Overwatch is a 6v6 team-based shooter developed by Blizzard Entertainment. The game was released in May 2016 and is still one of the best multiplayer games on PS4.

Overwatch features a massive roster of playable characters, each with its strengths and weaknesses, making for a varied experience each time you play.

The Rocket League-style gameplay makes it easy to pick up and get started while offering depth that only comes with practice as you learn how to control your hero effectively in various situations.

There are also numerous ways to play Overwatch: solo or grouped with friends on any difficulty level; cooperative against AI opponents; competitively online against other players at any skill level; or locally against up to four people in split-screen mode (with full support for PlayStation Move).

A Way Out is a prison escape game you can play with a friend. In A Way Out, you and your partner are in jail for committing some minor crimes.

Your goal is to break out of prison while trying not to get caught by guards or other inmates along the way.

This co-op game requires both players to have their own PlayStation Plus subscriptions, but it’s worth the investment.

The best thing about this title is that it lets you play together through the split-screen on one console or online via a PSN friends list!

You can also play offline if someone needs some time away from their buddy before they’re ready to reunite (there may be tears involved). This is one of the best multiplayer games on PS4.

As a first-person shooter, Battlefield 1 takes you on an extensive tour of World War I. The intense action and gritty realism make this a thrilling game for any fan of war games or FPSes.

With excellent graphics and gameplay, it’s no wonder the game has been so well received by critics and players alike.

The game was developed by EA DICE using their Frostbite engine, which has powered other critically acclaimed titles like Mirror’s Edge Catalyst (2016) and Needs For Speed Payback (2017).

Battlefield 1 was released in October 2016 to critical acclaim from both critics and players; currently, it has an 85% score based on reviews from Metacritic users. This is one of the best multiplayer games on PS4.

Division 2 is an open-world, online RPG set in a post-pandemic Washington D.C., where you can play solo or with others.

You can choose from one of three roles: sniper, healer, or tank—each with unique abilities and equipment.

The game features a fantastic world to explore as your character grows stronger over time by completing missions, challenges, and other activities in the post-apocalyptic environment. This is one of the best multiplayer games on PS4.

The Crew 2 is a racing game that will have you driving across the entire US. You can play with your friends online and explore the country as you race your vehicle to victory.

The game has multiple modes, including a campaign mode, accessible play mode, and multiplayer mode, so there’s something for everyone to enjoy.

The Crew 2 also has an impressive number of vehicles to choose from—more than 350!

Different cars are available depending on how much you want to spend or what type of vehicle suits your needs best (e.g., off-road trucks versus sports cars). This is one of the best multiplayer games on PS4.

How to Create a Minecraft Server on a VPS