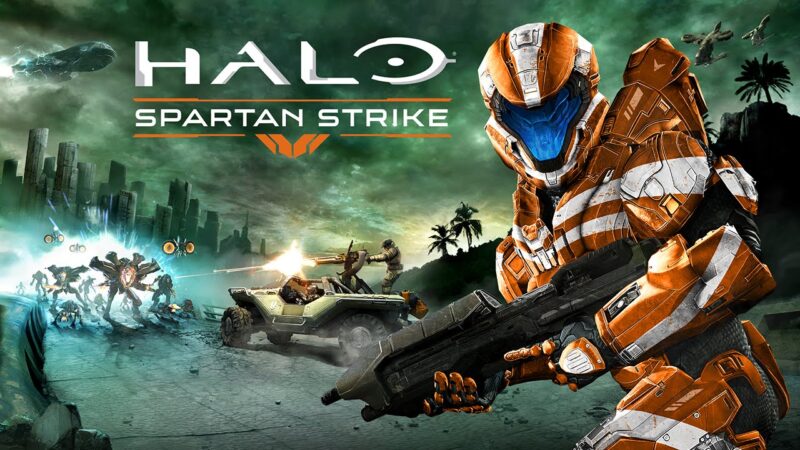 If you’re a sci-fi fan, there are plenty of great games out there for you to enjoy. The best ones are available on iOS and Android, so your phone does not have to be too old or broken down for this kind of fun. You can find them in the App Store or Google Play Store, the two biggest online marketplaces for apps and games. Some of these titles cost money, while others are free and require an internet connection.

If you want to save some money but still have a blast playing sci-fi games on your phone, try downloading one of these free titles that we’ve listed below:

What is it about?

This is a Star Wars game that takes place 4,000 years before the events of A New Hope. You play as a young Jedi Padawan named Darth Revan, who eventually becomes one of the most fantastic Sith Lords. It’s also worth mentioning that you can choose to play as either male or female, which was pretty cool for its time (2003).

What makes this game unique or exciting?

I love KOTOR how much it feels like an old-school RPG from back in my day. From those days, it has all the staples: turn-based combat, quests with multiple outcomes based on your alignment choices and decisions made during gameplay, etc. KOTOR will be right up your alley if you like these games!

Bioshock is a great game to play on your phone. It’s available for both iOS and Android devices. The gameplay is set in first-person, and you control Jack, who has been trapped in Rapture (an underwater city) after a severe storm destroyed it. As Jack tries to find out what happened to him, he must also survive and help the people around him escape.

While playing Bioshock: Infinite, you will have access to various weapons such as pistols or shotguns that allow you to fight against enemies. However, one of the most exciting aspects of this game would be Plasmids – supernatural powers that give the user superhuman abilities such as mind control or pyrokinesis (in other words: fire). You can also use Vigors – special attacks with a limited duration that can help you defeat foes more efficiently or get past certain obstacles faster than usual!

The best way to describe Deus Ex Go is as a puzzle game. However, this should not put you off; there’s more to it than that. The game itself is part of the Deus Ex franchise, which has been around for several years and has won multiple awards for its immersive storytelling and gameplay.

The graphics are perfect for a mobile game, with futuristic settings and great animations throughout the levels. The soundtrack also lends itself well to the futuristic vibe of this title: it has moody electro beats that make you want to play on even if your mind starts wandering elsewhere during more extended levels!

Deus Ex Go remains faithful to its roots as a turn-based puzzle game featuring an intriguing storyline spanning two different dimensions (one in which nanomachines have infected people from another dimension called “Ex Machina”). It will appeal to those who enjoyed their time with other titles like Hitman Go or Lara Croft GO since all three have similar mechanics when moving through each level (by dragging paths rather than tapping buttons).

Halo Spartan Strike is a side-scrolling shooter between the events of Halo 2 and Halo 3, which means you get to play as a SPARTAN-IV super-soldier. In this game, you must fight to stop a rogue faction of the Covenant from unleashing a terrible weapon. The gameplay is similar to Spartan Assault, but it has new features and weapons. You can also unlock different armor for your character as you progress through the campaign.

The Talos Principle is a beautiful first-person puzzle game that puts you in the role of conscious artificial intelligence. While it’s not traditionally considered science fiction, the story revolves around philosophical concepts like consciousness and mortality in a futuristic setting.

The player’s goal is to solve puzzles by finding items scattered throughout each level and using them to unlock doors or access other areas—a task often requires some lateral thinking. These puzzles are typically solved by moving objects around or using your keen ability for spatial reasoning, but many environmental elements can be interacted with (such as flicking switches). The game features over 120 levels, so there’s plenty of content here.

Your journey takes place on an isolated island where you must use your abilities to escape from its many dangers: hostile drones patrol areas containing deadly traps; other robots guard doors that lead deeper into this strange world; self-aware machines try their best to prevent anyone from getting out alive! This title offers multiple endings depending on how you choose to proceed through its story arc—a unique feature among mobile games today!

This game is for you if you’re into the Warhammer 40K universe. It’s also a good choice if you’re looking for something to play with when on the go.

The best part of Freeblade is that it’s free! You can spend money, but you can unlock all the content in this game with just time and skill. And since everything is unlocked through gameplay, it doesn’t matter which faction or faction-specific items you choose to use as long as you have enough currency to buy them.

The shooting mechanics are pretty solid—you aim with one finger and fire using another. It takes some getting used to, but once you get used to aiming and shooting at targets that move around quickly (like enemy mechs), it becomes second nature.

Alien Blackout is a mobile game that doesn’t require a lot of space on your phone and can be played in short bursts. It’s also easy to learn: You can play it repeatedly if you want to master its simple mechanics. The game’s goal is straightforward: You’re an alien trying to escape from an outpost while avoiding various obstacles. It’s set in the Alien universe and features elements from other popular sci-fi franchises like Star Wars, Star Trek, and even Predator!

Oddworld: Munch’s Oddysee is the sequel to Abe’s Oddysee, released in 1997. The original game has gained cult status over time and is considered one of the best platforming games.

Munch’s Oddysee takes place years after Abe’s journey, but it doesn’t follow any specific story arc or character developments from previous games in the series. The gameplay follows suit; it uses the same puzzle elements as its predecessor, adding a few new features to keep things interesting.

It’s not uncommon for sequels to be pale imitations compared to their predecessors, but I wouldn’t say this is true here; At the same time, it doesn’t hold up against the original game in terms of innovation or inspiration (or even quality), but it does provide an adequate alternate experience that should entertain fans of classic platformers who have been waiting 20 years for another title like this one.

You can expect plenty of action and an intriguing storyline with the Dead Space franchise. This game is set in the future, where space travel has become routine, but things go awry when an alien species begins to attack the Earth. The game offers plenty of replay value due to its multiple endings and hidden secrets that make it worth playing more than once.

As far as graphics go, they’re very well detailed with some impressive lighting effects—and they’re even better if you have a newer phone or tablet with higher resolution displays! The sound is also great; it adds to immersion while playing through this survival horror title by creating an ambiance that makes you feel like aliens are lurking around every corner (though hopefully not).

The release date was October 14th, 2011, with a length of 7 hours while the gameplay difficulty ranges from “Normal” to “Hardcore Mode,” which makes completing this sci-fi adventure even more difficult because when playing on Hardcore mode, players need multiple saves for each chapter so if something happens during gameplay such as death then all progress will be lost unless another save file exists beforehand…

An XCOM spin-off, this turn-based strategy game is not a direct adaptation of any particular game in the series. But it is a good fit for fans of the original games, especially those who like to plan their moves carefully. The player takes control of an elite military force tasked with defending Earth against an alien invasion. Each mission has its objectives and rewards based on how well you complete them, which you can spend on new weapons or upgrades for your soldiers. There are also side missions that give you more to do than just fighting aliens all day long.

This game contains plenty of references for fans of the series, including some funny story elements that will likely bring a smile to anyone who played through XCOM: Enemy Unknown or XCOM 2 on PC or console (or both). If your favorites are missing, and there’s no guarantee they’ll be included in future updates, you might want to wait until more characters from past games make their way into this one before playing it yourself.

What Are Augmented Reality Games?