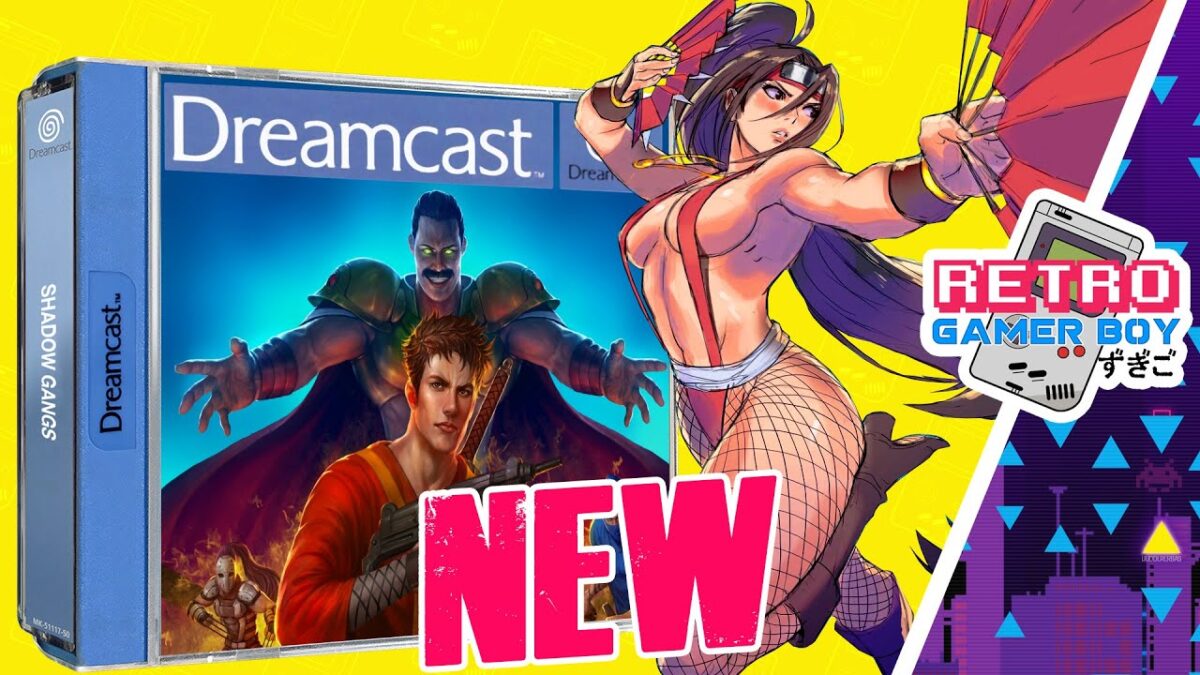 The Dreamcast was a beast of a console. It had some fantastic games, like Shenmue II and Crazy Taxi. The DC also had some weird games, like Seaman and Toy Commander. In this list, we’ll explore the best (and wackiest) Dreamcast games that were—and are still being made today!

Toy Commander is a game that allows you to build and fly your toy planes. You can play as a pilot or gunner and take on multiplayer missions against other players. There’s also an offline campaign mode where you can fly missions.

Marvel vs. Capcom 2 is a fighting game released in 2000 for the Dreamcast. It’s a sequel to its predecessor, which was also on the Dreamcast but only in Asia, so it’s not surprising that this one was one of the last games to be published for Sega’s console.

The game features characters from Capcom franchises such as Resident Evil and Street Fighter and Marvel comic characters like Spider-Man and Wolverine.

Seaman was a unique game that combined the Tamagotchi with a virtual pet, creating an experience unlike any other.

The game featured a fish with a human face and voice, which players could interact with and care for as if it were real.

Seaman also taught players about biology by allowing them to study their fish’s reactions in different situations.

Released in 1999, Seaman was one of the first to feature voice acting and motion capture technology—and it remains one of the most memorable games ever made on Sega’s Dreamcast console.

Recipient: Shenmue is an adventure game developed by Sega AM2 and published by Sega in 1999 for Dreamcast. It was the first in the Shenmue series and would later be ported to other consoles and PCs.

The game follows Ryo Hazuki, a Japanese teenager who travels to China in search of his father’s killer after he has been murdered by Lan Di (codename “Lan Di” or “Ren”).

As Ryo learns more about his father’s death, he must overcome obstacles such as fighting with enemies and solving puzzles.

Skies of Arcadia is a role-playing game developed by Overworks and published by Sega. It was released in 2000 on Dreamcast and was a commercial success.

The game received positive reviews from critics, who praised its story and characters.

The player controls Vyse, who has to travel through the skies with his Delphinus airship to save his world from an evil empire that threatens it with destruction.

Read Also:  Zelda: How Many Labyrinths Are in the Breath of the Wild?

Crazy Taxi is a game that appeals to those who love arcade-driving games. It has a fun soundtrack and incredible graphics while also having multiplayer capabilities.

The game’s goal is to pick up passengers and get them to their destination in the shortest time possible. You can earn money by doing so quickly.

Soul Calibur is a fighting game developed by Namco and released for Dreamcast in 1999. It is the second game in the Soulcalibur series and the first to be released on home consoles.

It is also one of only three games to be re-released for the Sega Titan Video arcade system (alongside Virtua Fighter 3TB/Virtua Striker 2).

In this historical adventure set in 16th century Europe, you take control of Mitsurugi Heishiro (the samurai warrior) as he seeks revenge against Nightmare, who killed his master.

You’ll fight through 12 stages over various locations, including castles, forests, and villages.

You can play Sonic, Tails, Knuckles, and Shadow in the second installment of Sega’s Sonic Adventure series.

The game also features a large cast of other playable characters that you can switch between at any time (including Amy Rose and Cream the Rabbit).

The game has a vast number of secrets to unlock, including alternate costumes for each character and various types of hoverboards.

The unique thing about Sonic Adventure 2 is how it takes place across two different gameplay styles: one where you’re running around on foot as you would in any other 3D platformer or action/adventure game; and another mode where you drive vehicles such as cars or submarines while fighting enemies on land or underwater!

Power Stone 2 is a fighting game developed by Capcom and released for Dreamcast in 2000. It is the sequel to Power Stone, which was released for the Sega Saturn in 1996.

The game follows a similar format as its predecessor: players select one of several characters from an extensive roster and engage in hand-to-hand combat against another human or CPU opponent.

Power Stones are reintroduced with some changes; now, only two stones can be held at any given time, but each stone has two separate attacks unleashed when both attack buttons are pressed simultaneously (a feature that would later appear in Marvel vs. Capcom).

The game’s story takes place after the events of its predecessor; each character seeks out one of four legendary orbs called “Dragon Stones.” Each orb grants its holder special abilities such as flight or enhanced strength.

Space Channel 5 is a rhythm game that was released in 1999. The player must rescue hostages by dancing to the beat of the music.

It is considered one of the best games and was initially released for Dreamcast. A sequel was released in 2015, with a third installment set to release this year (2019).

Phantasy Star Online is a single-player or multi-player online action roleplaying game for Dreamcast, released in 2000.

It is the first online RPG for a home console. It was considered revolutionary at the time of its release due to its implementation of full voice chat, which had previously been restricted to PC-based games.

The story involves two races: Humans and Newmans (also known as CASTs), who have been at war for generations because they differ on how they should coexist with nature.

The CASTs are genetically engineered humans created by an alien race called Yurians; they possess high intelligence but no emotions.

You play one of these Newmans who has entered into a contract with his master to kill all humans who oppose him (including your father).

However, later on, you find out that your master may be behind some recent events threatening all life on this planet!

Jet Set Radio is a cel-shaded open-world action-adventure game developed by Smilebit and published by Sega. It was released for the Dreamcast in 2000, but it’s still accessible now!

Instead of focusing on combat or puzzle solving, like most games of its time did, Jet Set Radio focuses on free skating and tagging throughout an enormous city with your friends. Among other things, you will be able to:

Soul Calibur is a fighting game developed by Namco and released for the Dreamcast in 2000. The game features a unique weapon-based combat system, in which players can equip different weapons, armor, and items to boost their character’s stats.

Still, no such option existed for this title—so if you want to play as Taki or Edge Master, you’ll have to find an old copy of Soul Calibur yourself!

Shenmue II is the sequel to Shenmue, and it was released for Dreamcast in 2001. Shenmue II is an open-world action-adventure game that follows Ryo Hazuki as he continues his journey to avenge his father’s death.

Critics have praised Shenmue II as one of the greatest games ever made. It was developed by Sega, who wanted to make a game so huge that it would take players months or even years to finish.

Jet Grind Radio is the best Dreamcast game. It’s an excellent game for kids, and it has a lot of replayability, especially if you’re into graffiti art or just want to enjoy some fun music.

If you’re looking for a game that’s unique and fun to play, this might be one of the best options out there.

And that’s it! We hope you enjoyed this list of the top 15 Dreamcast games. If you have any questions or comments, please feel free to leave them below. We’d love to hear from you!