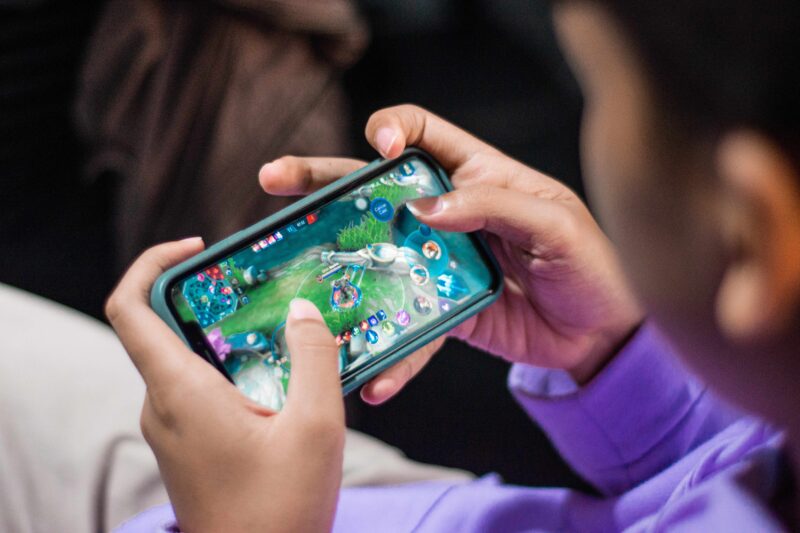 There’s a lot to love about mobile games. They keep us entertained and occupied on our commutes, during lunch breaks, and even after a long day at work (or school). It can be hard to know which ones are worth your time with many great options. Luckily for you, I’ve put together this list of the best mobile strategy games available.

These games come from every genre imaginable: sci-fi, fantasy worlds filled with dragons and magic; futuristic worlds of spaceships and robots; classic warring factions like ancient Rome and medieval Europe; even historical battles like World War II or the American Civil War! If you’re looking for something that’ll keep you busy while still feeling familiar enough to understand quickly, these ten titles will hit the spot perfectly!

Auralux: Constellations is a simple mobile game, but it’s one of the best strategy games you can play. It only has a few basic mechanics, but they’re implemented well and allow you to win against other players online (or AI) easily. There are no ads or time limits on your games, and there’s no social media integration or leaderboards—just pure gameplay.

The interface is straightforward, too, with buttons for playing the game and interacting with other players. The controls are easy to press on small screens and almost impossible to miss when trying to click them quickly in mid-gameplay—there’s nothing worse than having your finger slip off an important button during an intense match!

If you’re looking for a mobile strategy game with deep, rewarding gameplay and a great story to boot, The Banner Saga is your best bet. The combat is turn-based, but it offers some interesting twists on the classic formula. You can use your heroes’ unique abilities to add more damage or debuffs to enemies during their turns in battle, which makes each fight feel strategic rather than simply waiting until you have enough troops to overwhelm the enemy.

The game’s unique visual style helps set it apart from other games in its genre; the characters look like they’ve stepped right out of an animated film or comic book. And while there are plenty of free games out there that offer fast-paced action or multiplayer options (and many paid ones, too), The Banner Saga is a satisfying single-player experience that doesn’t require hours of investment every day to keep up with everyone else. So if you want something fun but low-commitment, this is perfect!

With only one button being used throughout most of its gameplay elements (to attack), this game requires a minimal learning curve before allowing players complete control over their troops in battles against enemies who will try everything from ambushes to poison gas attacks, all while trying desperately not to get stuck behind trees along their paths! It’s also got amazing graphics that pop off screens thanks to high-quality artwork found throughout each level which makes them feel more alive than most other mobile titles due mainly partly because these graphics aren’t just static images–they’re dynamic objects whose movements change depending on what happens around them such as running away from monsters chasing after them.”

The classic board game of strategy, Settlers of Catan, puts you in charge of a small colony in the fictional land of Catan. You’ll build roads, settlements, and cities as you compete for resources with other players. The player with the best laid out settlement will earn the longest road and largest army.

If you’re looking for another way to play Settlers of Catan online, check out Monopoly Hotels. This version allows players to purchase hotels across several cities rather than just one city like traditional Monopoly. It also includes an ability card system that changes gameplay depending on what cards are drawn and unique tokens like a helicopter or limo that you can use for specific actions within the game.

Catan Stories: Legend of the Sea Robbers is an add-on to the Catan board game, meaning you’ll need to own it to play. The basic premise here is that you’re playing as a character exploring the island and looking for treasure while trying not to get caught by pirates. You can choose from three characters with different strengths, weaknesses, and abilities. Your friends can join in or play against you too—either way, it’s sure to be a fun time!

Desert Stormfront is a turn-based strategy game that lets you play as both United States forces and Iraqi forces in the Middle East. The game features high-definition 3D graphics and single-player campaigns for each side of the conflict, with various multiplayer modes. You’ll be spending most of your time in this game playing out battles in a desert environment based on Desert Rats vs. Afrika Korps, which means lots of tanks rolling around and blowing each other up while they try to take one another’s bases!

Developed by Noble Master Games, this title has been around since 2009 but still holds up well today.

Dissembler is a puzzle game that’s all about pattern matching. You get to line up colored blocks on the screen to create different shapes, and there are ten levels in total.

The gameplay is very relaxing, but it also has some puzzles that will give you a bit of a challenge if you want them to. The game is very colorful and has excellent graphics, so even though it might not be as complicated as other strategy games, it’s still entertaining to play!

It can be played whenever you want, which means you don’t have to wait until your commute home from work or school before being able to enjoy the app’s features either – although if someone else needs access, then perhaps try another game instead 😉

Hello, Neighbor is a mobile game available in a pre-alpha build. It’s a spinoff of the famous PC game, which has been around since 2017, and it has different gameplay and graphics than its predecessor. The mobile game also features a smaller map than the original PC title.

You need to know about Hello Neighbor because it doesn’t have any microtransactions or in-app purchases (which is rare for mobile games). You can either pay $4 for the full version or get access to a free demo by signing up for email updates from developer Dynamic Pixels.

If you do decide to buy into this pre-alpha build (or keep tabs on its progress), there are some essential things to remember:

Into the Dead 2 is a pretty fun game. You can play it on mobile devices or a PC if you want more space for your guns and ammo. It’s an action game, so you’re going to be using your fingers to shoot zombies.

The game has more than one end, and each end has different characters involved in them. It also has multiple playable characters in general, each with unique weapons that fit their personality and story arc.

The plot takes place in a post-apocalyptic world where zombies have overrun everything except for some scattered pockets of humanity trying to survive as best they can amidst all the chaos. The locations are varied—you’ll travel from city streets to deserts and forests along the way!

Lara Croft GO is a mobile game that is both beautiful and haunting. It stars Lara Croft as she explores the Temple of Lakers, solving puzzles and collecting relics. The game is satisfyingly tactile, with a unique take on moving Lara through the environment.

While it’s not an action-packed experience like its console counterpart, Lara Croft GO is an enjoyable, relaxing experience that has challenging puzzles to solve and a gameplay loop that’s simple but addictive.

If you’re looking for a great mobile strategy game this weekend (or any day), look no further than Lara Croft GO.

If you’re looking for a game that will keep you busy this weekend, Mini Metro may be the right choice. This mobile strategy game, which was developed by Dinosaur Polo Club (DPC), is named after its premise: building subway systems in various cities worldwide. Over time, it takes place and lets players take on different challenges to develop their subway system. You can play the game on desktop computers and mobile devices like iPhones or Android smartphones.

Mini Metro has both free and paid versions available through Apple’s App Store or Google Play, but both versions are ad-free and have no in-game purchases required to play at all difficulty levels. The game consists solely of tapping buttons to move trains from one station to another—there are no other controls involved beyond those taps! So if that sounds simple enough for even the least savvy gamer out there (like me), then get ready for hours of fun as you try your hand at putting together efficient transportation routes for your passengers!

The Monument Valley series is probably the most well-known mobile strategy game. The first game was released in 2014, and it quickly became a fan favorite due to its beautiful and unique art style.

Unfortunately, Monument Valley 2 is no longer free—you have to pay $4.99 for the full version of this game. But if you’re looking for something to spend your hard-earned money on, this is worth it! This sequel takes everything great about the original Monument Valley. It adds even more levels with an actual storyline that ties them all together while keeping true to its design aesthetic. You can get a taste of what’s in store by playing through three levels for free before deciding whether or not you want to commit yourself (and your wallet).

You’ll enjoy playing these beautifully designed puzzles even if you don’t like strategy games because they seem more like interactive art than anything else!

The Best Games for the iPhone XR