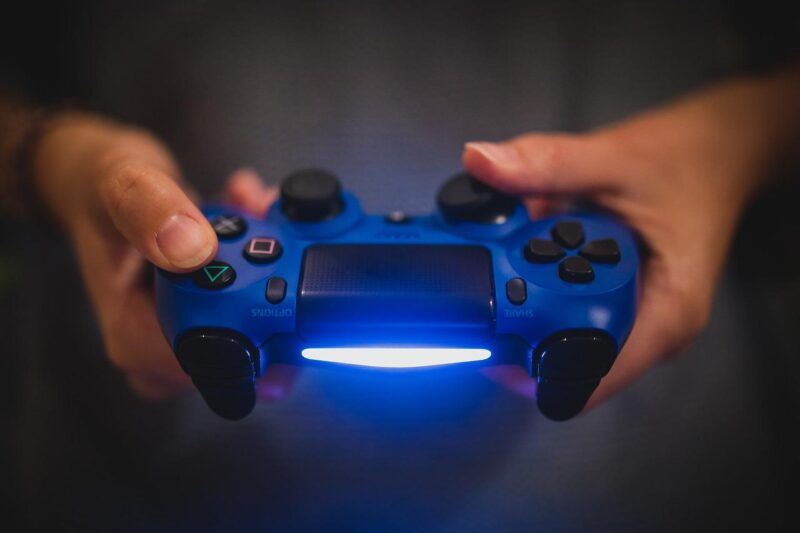 What are PS4 Multiplayer Games?

PS4 Multiplayer games are video games that more than one person can play at the same time. These games can either be played on the same device, or across multiple devices over a shared internet connection. Most multiplayer games are free to download and play, although many require some kind of payment if you want to upgrade your character, buy extra power-ups, or access premium game modes. A few examples of multiplayer game types include first-person shooter (FPS), battle royale (BR), and massively multiplayer online (MMO). 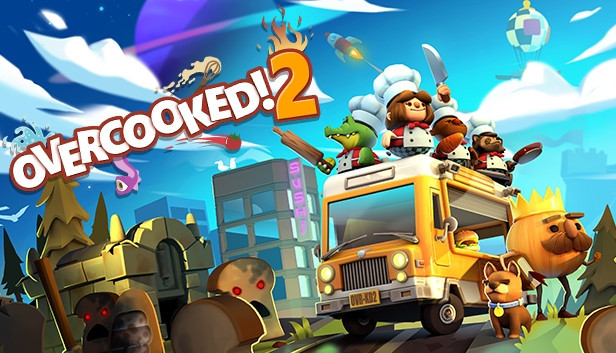 A cooking game may not sound like the most exciting multiplayer experience, but Overcooked 2 is a blast. It’s also a great couch co-op game that provides fun for all skill levels. The goal is to prepare a meal before the time runs out, but obstacles are thrown in your way to make this task more difficult—and hilarious. You’ll need to be careful not to burn the food!

There are lots of different levels to choose from and crazy combinations of ingredients for you and your friends or family members to cook together. Each level has its unique obstacles like moving conveyor belts, split kitchens, and even portals (yes, really). Each level gets more difficult as you progress through the game and become better at cooking with your team.

If you’ve played a Worms game in the past, you probably know what to expect from Team17’s most famous franchise. You control a team of worms and use different weapons and utilities to kill the opposing teams. While it may sound like your standard battle royale game, Worms W.M.D is much more than that; it’s fast-paced, tactical, and can be played with friends online or locally in split-screen mode.

Team17 was founded back in 1990 as 17-Bit Software before changing its name in 1994. It has grown tremendously over the years, and now publishes games developed by independent artists such as Overcooked 2 and The Escapists 2. 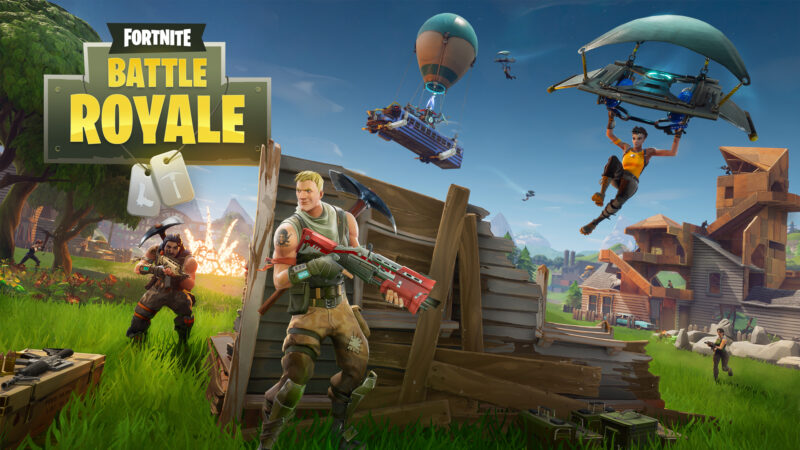 Fortnite: Battle Royale is a battle royale game featuring 100 players fighting to the death. The game is free, but you can purchase endless amounts of costumes and dance moves.

Gameplay consists of two phases. In the first phase, you’ll want to fly around the map collecting resources like wood, stone, and metal, so that you can build structures during the second phase. These will help protect you and your teammates from opposing players during combat.

During the battle, it’s good to keep an eye on your radar while running around and shooting members of other teams. The latter part should be familiar if you’ve played any other first-person shooter games, but in Fortnite: Battle Royale there’s also a crafting element that lets you create structures like walls and ramps on the fly to help gain an advantage over your opponents while they’re trying to kill you (and vice versa).

Starting off this list is Fortnite. When it first launched in late 2017, everyone was skeptical of the game, as it was released not too long after PUBG and seemed like a clone of the popular battle royale. However, it quickly became one of the most-played games ever on all platforms with over 250 million players and counting.

Fortnite features cartoonish graphics and players are dropped onto an island to battle each other in 100-player battles or fight waves of zombies in a last-man-standing scenario. There are a variety of weapons to choose from ranging from melee to sniper rifles, which is great because you can customize your play style into something that works best for you. You also get to build structures to protect yourself from enemy fire or gain high ground over opponents. 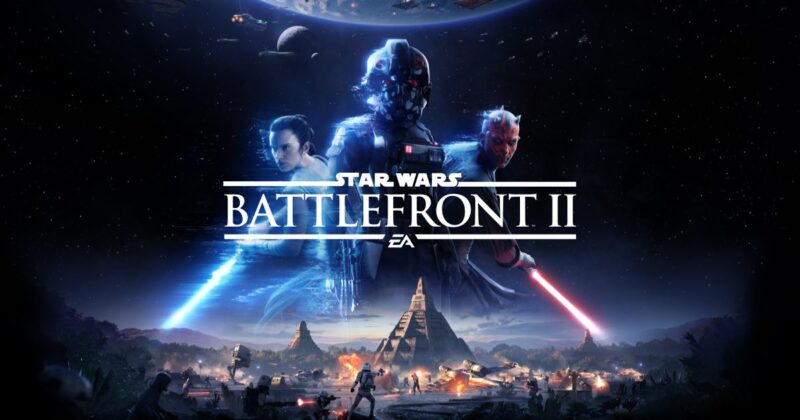 The 2017 version of the franchise, Star Wars Battlefront II, is the most recent entry. While not as beloved by fans as the 2004 version, this sequel features a much more robust single-player campaign than its predecessor.

It also has several other game modes to explore. These include co-op and split-screen multiplayer (the latter being almost unheard of in online shooters these days).

Though it doesn’t have a dedicated space combat mode like previous entries in the series, space dogfights are still an integral part of some maps and modes.

As mentioned above, you can play various characters throughout the Star Wars universe with abilities to match their iconic roles.

Also, while the game’s single-player campaign—which features gorgeous cutscenes and a star-studded cast of voice actors like James Earl Jones—isn’t worth writing home about, the multiplayer is so good that it’s well worth picking up Star Wars: Battlefront II just to play online.

The premise is simple: you and your team must take down opposing players in a massive space battle or on land with iconic characters from the franchise. This can be done by earning points for your team by capturing key areas or by blasting away at enemies. You’ll also earn points for taking down enemy players, which you can then use to purchase tokens to trade for high-powered powerups or heroes like Rey or Darth Maul. Solo playlists exist for those who want to go it alone, but most of the fun comes in playing cooperatively with friends.

With its incredible production value and an array of gameplay options, Star Wars: Battlefront II earns a spot on our list thanks to its stellar gameplay and polished visuals. 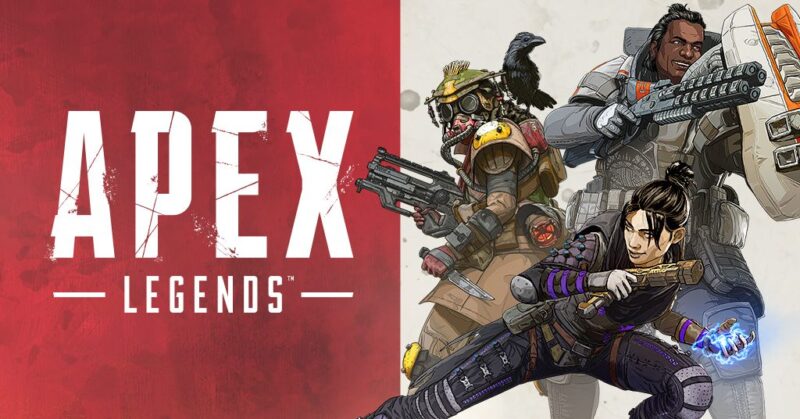 Apex Legends is a new battle royale game that takes place in the same sci-fi universe as Titanfall 2. It features some familiar faces from past titles, like Jack Cooper and Sam Lane, but also introduces a whole host of new characters such as Dutch (a ballerina who makes up for her lack of strength with an arsenal of jump kicks), Wattson (a senior engineer who builds robots to help her people), Octane (a whip-happy escape artist from the outside world), and Caustic (a ruthless assassin).

Although Apex Legends is set on a fictional map called “King’s Canyon,” it still manages to capture the look and feel of King’s Canyon’s real-life counterpart in Vancouver. Rather than using King’s Canyon as its inspiration, however, Apex Legends has taken inspiration from actual locations within the city—unsurprisingly, since Respawn Entertainment is based out of Vancouver. The game uses the textures and buildings seen in downtown Vancouver to create its fictional setting. There are even buildings seen at Stanley Park that have been used to create the buildings players can encounter on King’s Canyon.

While there are no customization options or character creation options available when playing Apex Legends, there are cosmetic items you can purchase with coins/tokens earned through gameplay—such as wings that you can equip on your wingsuit or an oxygen mask you can equip on your face mask—to give yourself a more unique look during matches. Apex Legends requires players to be connected online at all times because it only allows people to play together if they’re both online at once. After starting each match, players will respawn back at their spawn position while other players will respawn next to them; once two people have linked up with each other after spawning close by, they won’t be able to link up again if they die until someone else finds them or another player links them up before they die again. 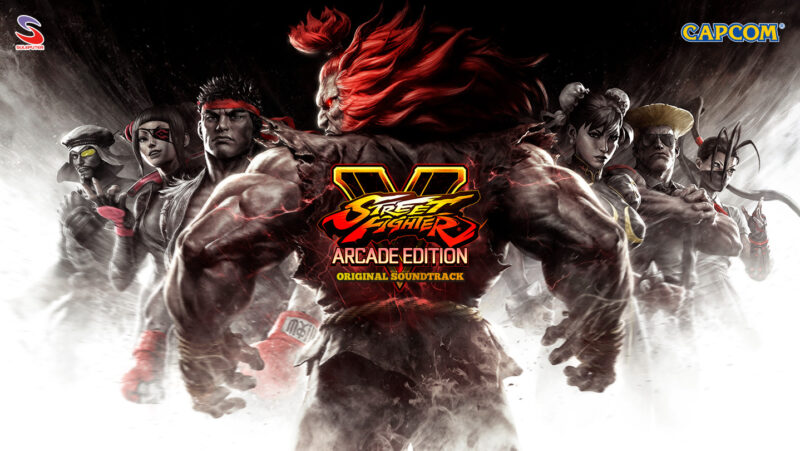 Street Fighter V offers a wide range of options for players, including a solo story mode with cinematic cutscenes, training modes to help you master the game’s characters, and an arcade mode that will let you battle your way through six classic Street Fighter games. Its 40+ character roster includes many fan-favorites like Ryu, Chun-Li, Ken, Zangief, M. Bison, and many others in addition to brand new fighters like Rashid and Laura. If you’re looking for more variety there is also the option to customize your character’s costumes and fight style. You can play locally against friends or take on opponents online in ranked matches or the unranked casual lobby where you can create private lobbies with friends or even spectate other matches while waiting for your turn to battle!

There are so many games to choose from, but here are the ones you should play. [Street Fighter V Arcade Edition] is a fighting game that’s one of the best multiplayer PS4 games because it has lots of characters to choose from, as well as different modes like story mode and character creation mode! This is the fifth game in the *Street Fighter* series, and also the sixth game in the *Street Fighter II* sub-series. Though it doesn’t have a single-player arcade mode, if you’re into fighting games with friends then go for this one!