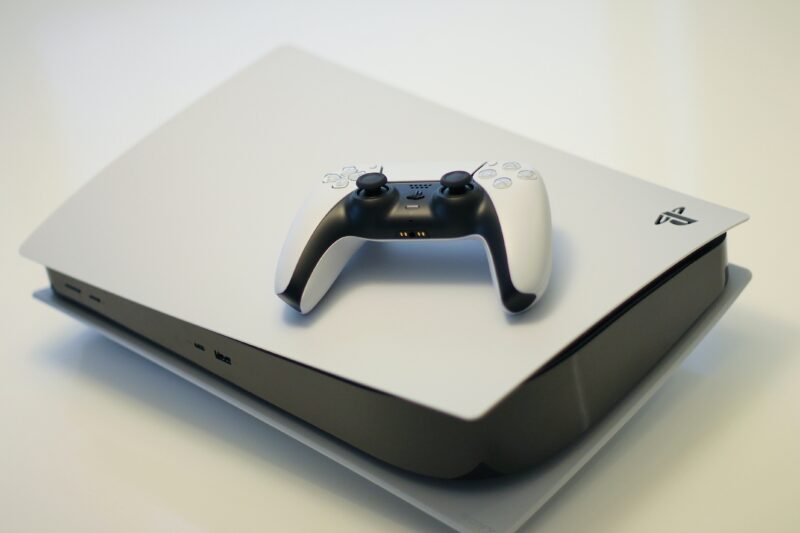 If you’re looking for something with a lot of storage space but not necessarily speed, then the Seagate Game Drive is a good option. This is also one of the more affordable options, and while it’s not as quick as some alternatives, it still has a respectable 560MBps read/write speed. The drive comes in 3TB, 5TB, and 8TB sizes, which should be sufficient for most people, although other external hard drives can hold even more games.

We recommend getting at least an 8TB external hard drive if you want to store all your games on it – unless you only own digital copies of small indie titles. For those who want to archive their physical game collection, having an 8TB drive will allow you to back up your PlayStation 5 (PS5) games without much concern about running out of space. 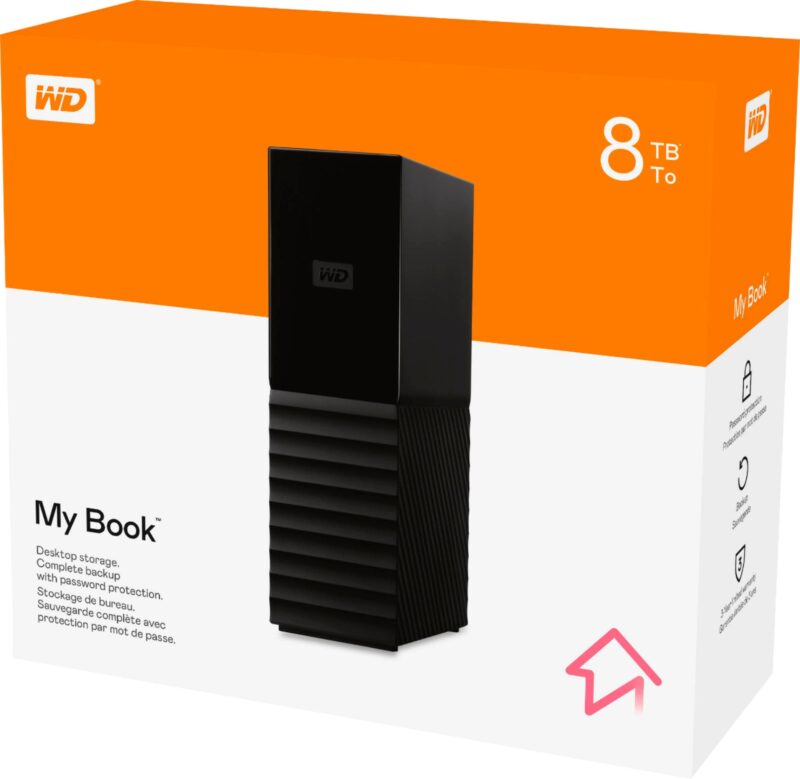 The Western Digital My Book hard drive is a good option if you want to expand your PS5’s storage without breaking the bank. Its 8TB capacity means you can store around 20 of the largest PS5 games, so it will easily last you a few years, even if you’re a heavy gamer. It works with both the PS4 and PS5 and is easy to set up: just plug it in using its USB 3.0 port, and go through the on-screen steps to format it as external storage for your console. The WD Discovery software that comes pre-installed has several useful features, such as backup and cloud storage services, social media and productivity apps, and direct file transfers between devices. 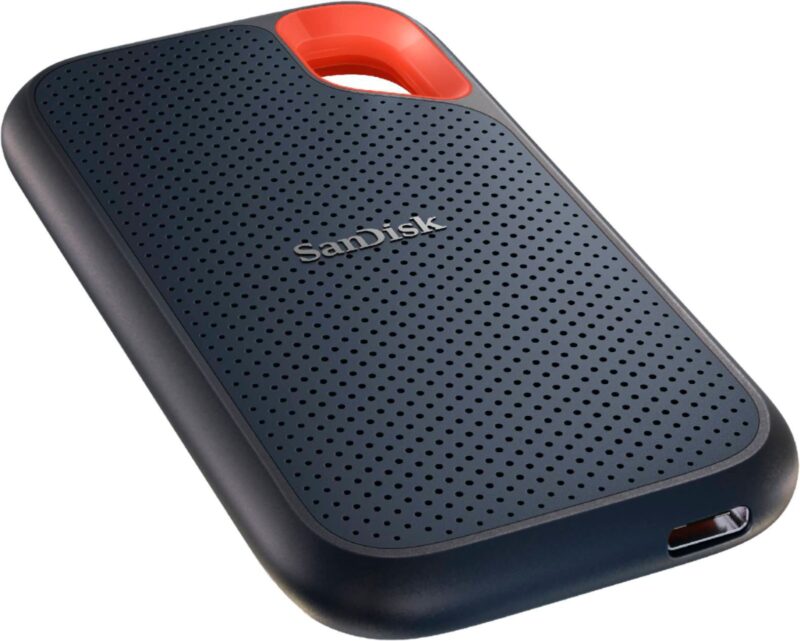 The SanDisk SSD is a solid-state drive (SSD), meaning it uses microchips to store data. Think of it as your PS5’s own personal hard drive. With MLC (multi-level cell) memory, the SSD has 3D NAND flash memory, making it much more reliable than other drives. The SanDisk comes in 500GB, 1TB, and 2TB models that are all slightly larger than a credit card. It’s got a USB 3.1 Gen 2 interface and connects via a USB-C port to your PS5 or any other compatible device like your computer or laptop. 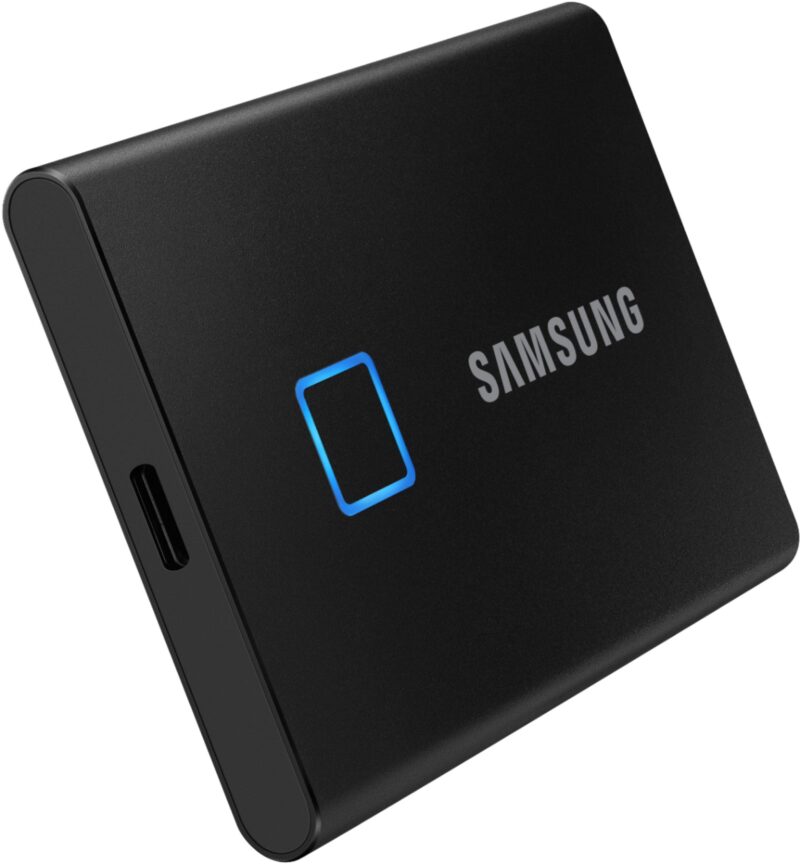 The Samsung T7 Touch is quite a little drive. It’s a great option if you are looking for something that treats your data with care and respect while remaining rather fast, portable, and secure.

The T7 Touch comes in at around the same size as a small wallet, so it isn’t going to weigh you down when thrown in your bag. In fact, it only weighs 58 grams! This makes it very easy to take with you wherever you may go (even if it is just from room to room). It also has a three-year warranty should anything happen to it during its travels. As mentioned before, this model also includes a fingerprint reader for added security. The downside here is that there’s no other way of getting into your data if you lose the fingerprints registered on the drive or they stop working (perhaps through wear and tear). So don’t forget your passcode!

This drive supports USB 3.2 Gen 2 and comes with both USB-C and USB-A cables so that you can connect it to almost any PC or laptop around. There’s even an app for iOS/Android devices for extra convenience as well as compatibility with macOS, Windows, and Linux systems. This drive is available in capacities up to 500GB ($131), 1TB ($172), or 2TB ($350), but keep in mind these prices fluctuate over time based on supply chain issues such as demand spikes during COVID-19 pandemics which we hope will be short-lived events unlike what happened back when everyone wanted them now because they were playing video games all day long again like normal people instead of being afraid outside where hundreds of millions died last year from disease-related concerns after being forced by politicians who hate freedom but not their power grabs against a society which resulted in rampant crime being ignored by law enforcement agencies while they attempted unsuccessfully since these agencies failed at stopping bad things like cybercrime but succeeded immensely at stopping good stuff like kids playing sports outdoors together without masks on their faces. 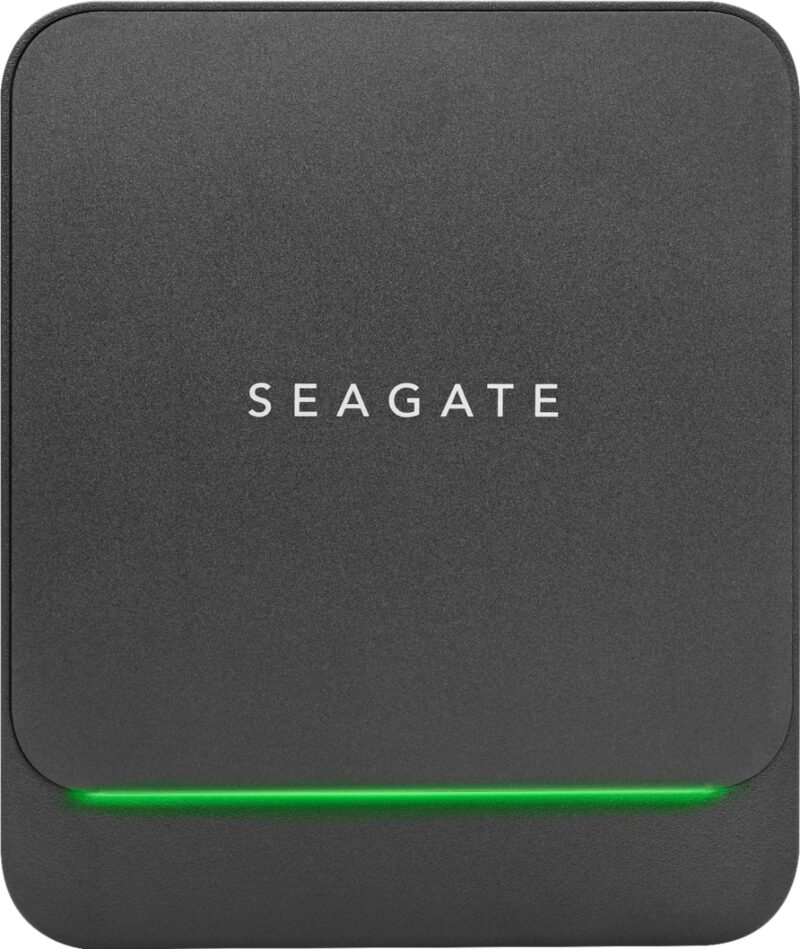 This hard drive is the best choice if you’re looking for lightning-fast storage. It has a maximum read speed of 540 megabytes per second and a maximum write speed of 520 megabytes per second, so when you’ve got an action-packed game like Cyberpunk 2077, that demands quick response times, this is your go-to. It also comes with Seagate Toolkit software that allows you to monitor your drive’s health and even get alerts about firmware updates and a USB-C cable and

USB-A adapter to work with any type of USB port.

The small downside to this hard drive is that it’s on the pricier side compared to 1TB drives—but it’s worth the investment if you want extra room for new games. 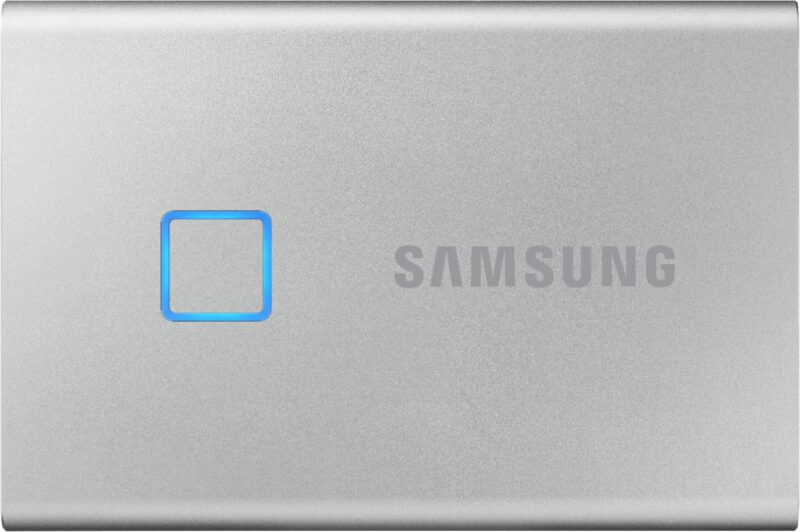 This is a great little external SSD. It’s very small, with a design that resembles the Nintendo Switch Lite. Its read and write speeds are solid, and even though it’s a bit on the pricey side, it has 2TB of storage space for your PS5 games. There’s also a 1TB model available if you’re looking for something cheaper.

It comes with its own USB-C cable, which means you’ll be able to use it with either of the two USB ports on the front of your new PS5 console. If you prefer to connect your hard drive to one of the two rear USB slots to avoid an unsightly cable dangling from your console, we’d recommend getting a longer USB-C cable for this purpose (such as this Anker Powerline+). 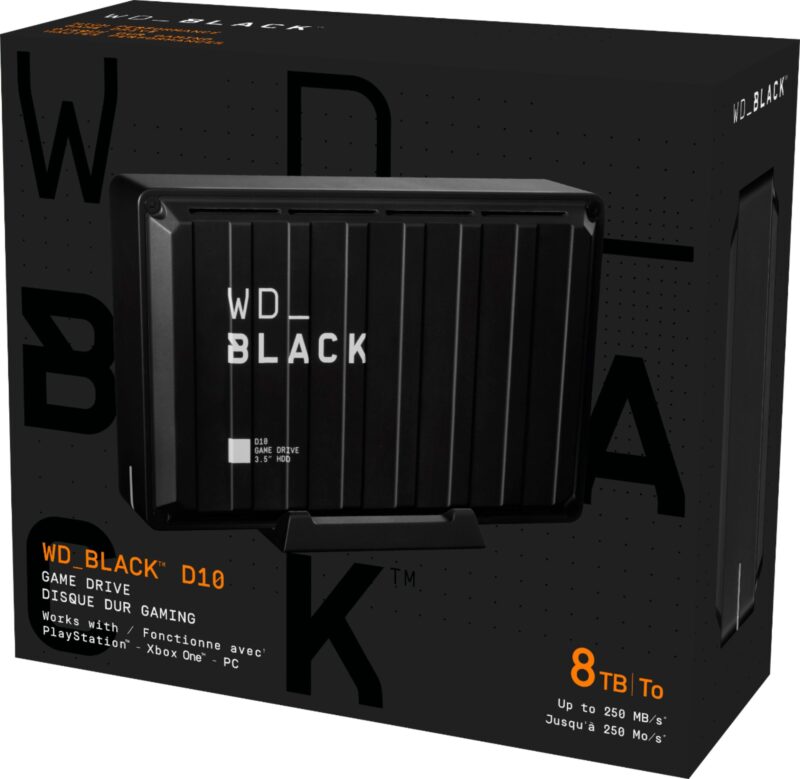 The WD_Black D10 Game Drive for PS4 Pro is an excellent option if you’re looking to add a little extra storage to your PS5 or even if you’re just looking for an easy way to back up files. Made by Western Digital, one of the world’s biggest names in storage, it comes pre-formatted with a USB 3.0 connector and a generous 8TB of space. It works beautifully as both an extra storage device and as a backup disk—though it’s worth noting that because it uses USB instead of Thunderbolt connections, it won’t be able to transfer data quite as fast as some other drives. 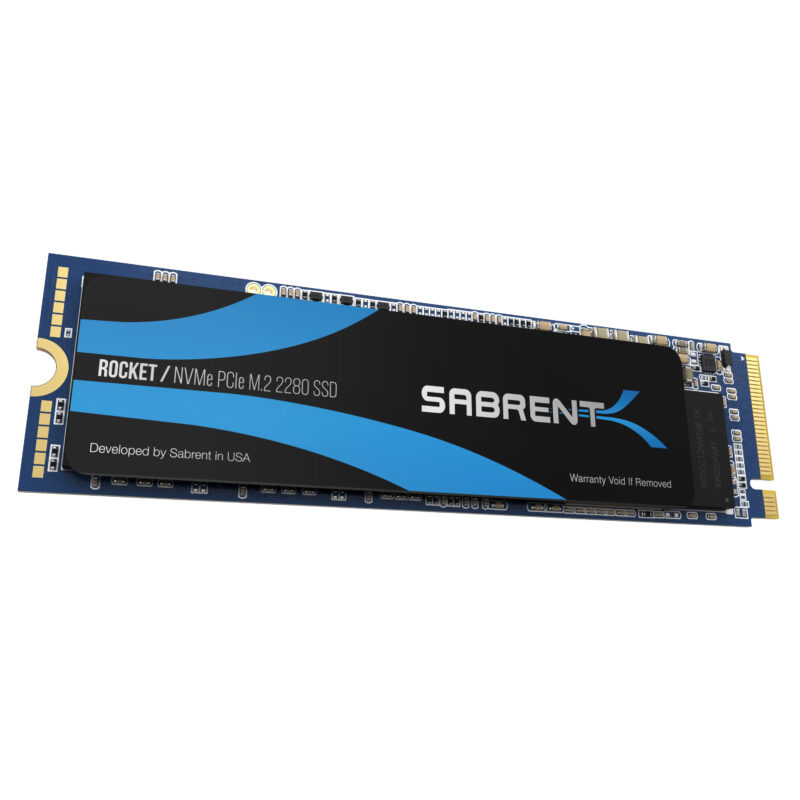 At $119.99, this isn’t the cheapest option on our list—but it’s definitely the fastest. If you’re willing to pay for speed, this SSD drive will be perfect. It boasts sequential read speeds of up to 5GB/s and sequential write speeds of up to 4.4GB/s—and that’s not even its most impressive feature: The Sabrent Rocket Q also has a USB-C port with support for Thunderbolt 3, which delivers speeds up to 40Gbps (that’s more than twice as fast as Thunderbolt 2). Because of this, the port can plug directly into your PS5 or Mac without needing an adapter cable, making it ideal if you’re looking for additional storage on any device with a USB-C port (which is pretty much every modern laptop). 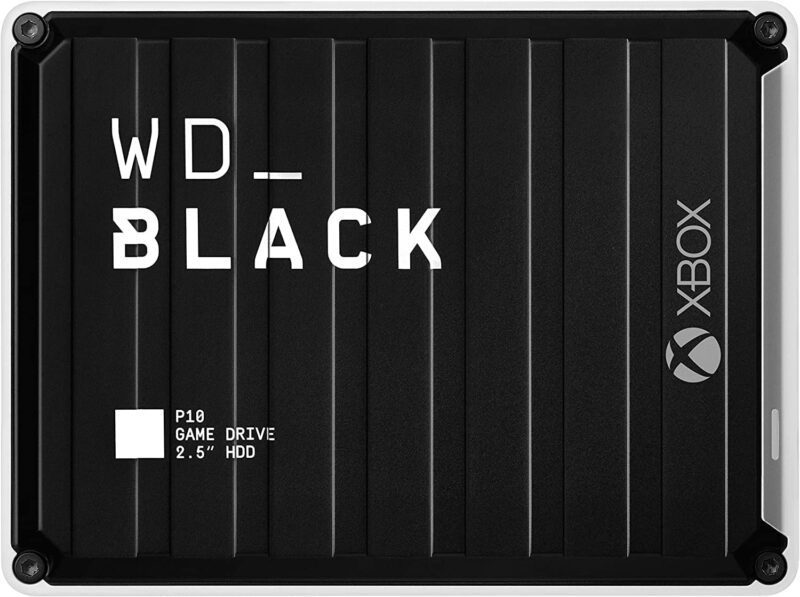 When your PS5 is running low on space, you’ll need to take action and get some more storage – and a hard drive is going to be the easiest way to add capacity.

It couldn’t be easier. Just plugin, and off you go, playing all your downloaded PS5 games from one location.

The WD_Black P10 Game Drive for Xbox One has a 2TB capacity, which should give you plenty of room for all of your favorite games at once. There are smaller and larger models available if you don’t need quite so much space or if you’re after something bigger.

It has a portable design for easy transportation so that it can fit neatly into any bag or backpack. You can even use it on other consoles if needed, as it works with the Xbox One, PC, and PS4 as well as the PS5 too (although not Nintendo Switch).

How to Make a Mii for Nintendo Switch Sports