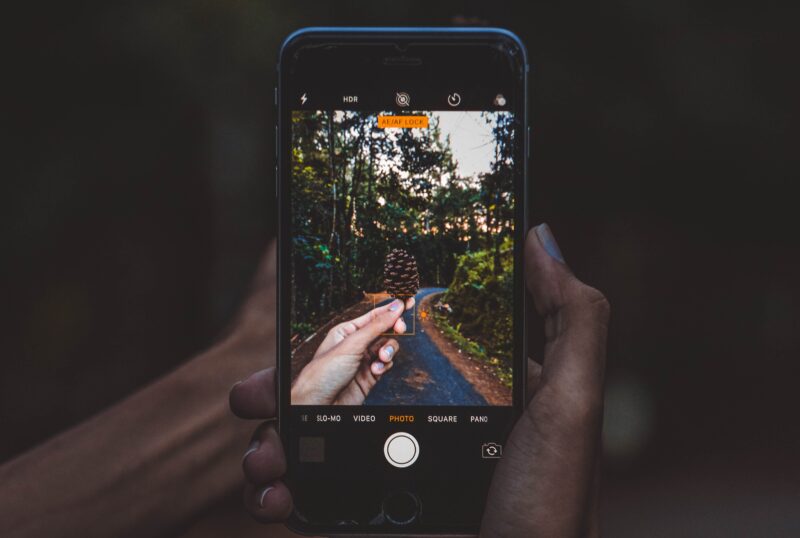 Taking screenshots on iPhone sometimes may be a struggle for many people, especially if you are new to using Apple iPhone devices. This is so because Apple devices are built differently from the plethora of Android devices all over the mobile phone market globally.

This Is How to Take a Screenshot on Your iPhone.

Taking a screenshot on your Apple iPhone is easy. Screenshots can help share information, so it’s good to know how to take one.

Hold Down Your iPhone Side Button and the Volume Up Button Together.

To take a screenshot on your iPhone, press the Side button and the Volume up button at the same time. The Side button is located on your phone’s right side (if you’re holding it in portrait orientation). If a model number is printed on it, that would be an easy way to find it. To find your buttons, feel around for some bumps above and below what you think might be your mute switch by touching them with one hand while holding down volume up with another finger or thumb.

If pressing both buttons does nothing: Your screen may just be turned off; try turning your screen back on first before trying again. If pressing either button does something else: You might have accidentally pressed another key combination that performs an unrelated function (such as activating Siri).

Press down your iPhone Home button and the Sleep/Wake button together simultaneously. You’ll see a screen flash, which means a screenshot has been taken. To view your screenshots, tap Photos > Albums > Screenshots.

Note: If you don’t see an album named “Screenshots,” move some older photos around so that there is enough space for an additional photo album to be created in Photos for iOS 12 devices (iPhone XS Max, iPhone XS/XR/XS Max devices).

On Taking a Screenshot, It Appears as a Thumbnail Temporarily at the Lower-left Corner of Your Screen

The screenshot will disappear after a few seconds and be added to your camera roll. You can tap it or swipe it left to dismiss it. You can share or edit the screenshot from the camera roll by tapping on it and then tapping “Edit.”

Once you have captured the screenshot, it will appear in the bottom left corner of your screen. To view it and edit it, tap on it. If you want to delete a screenshot from this screen, simply swipe the picture left and click the delete button that will show.

If you want to save your image, tap on “Select” at the bottom right of your screen or press down on it with two fingers simultaneously. This will open up additional options: Save Image (for saving just this photo), Save Snapshot (to save all photos that were taken during this session), Draw (if you want to write handwritten notes on top of an image), or Copy & Paste to copy the image to another location on your device. Once you’ve selected one of these options and tapped “Done,” all saved screenshots will appear in Photos, where they can be edited further using built-in tools such as cropping, filters, and more.

Getting Good Screenshots on Your iPhone Isn’t as Hard as You Might Think.

Taking a screenshot on your iPhone isn’t as hard as you might think, as seen from the discussion above. Once you know how to do it, the process becomes second nature. First, know that a screenshot is simply a picture of the screen that shows all of the information currently displayed on your device. You need to be sure that you want to take that screenshot.

There are several ways of taking screenshots on iPhones because each version of the iOS device has its way of doing things, but they’re all pretty easy once you get used to them. If you have an iPhone 5S or earlier model (or any other iteration before that), then your method probably differs from those below by only one step, and even then, it’s just another swipe gesture.

How to Set Up an Alexa-Enabled Sonos One

How to Protect Your Business From Cyberattacks