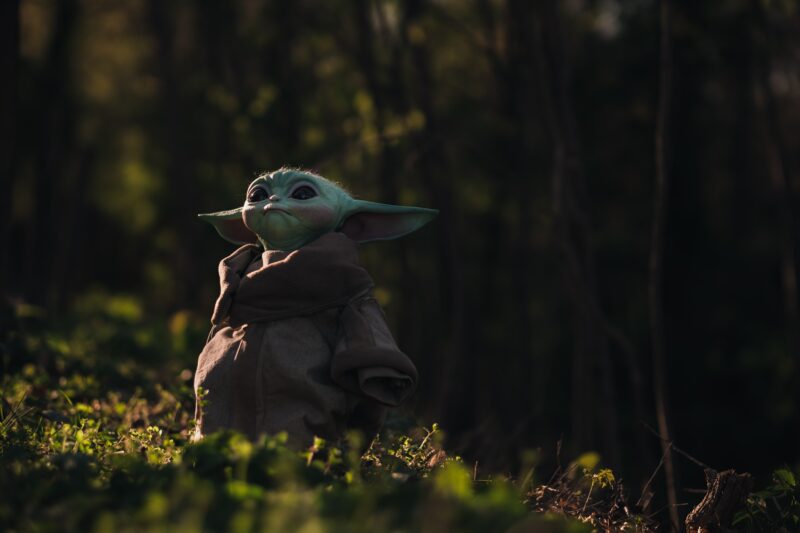 Avatar has achieved incredible feats in film history, being the highest-grossing movie. As it is one of my favorite movies, I thought it would be fun to share a list of 10 movies like Avatar you should watch.

The most successful film of all time, Avatar was a fantastic success in revenue and popularity. The movie is set on a distant planet called Pandora. It focuses on a military officer named Jake Sully, who becomes a part of an effort to mine the mineral unobtanium.

As he comes to know the natives of Pandora, he becomes aware of their struggle against the humans who want to destroy their home for profit.

Avatar is one of those movies you will enjoy multiple times because it has so much depth and meaning. If you liked Avatar, then check out these movies like Avatar that you might find interesting:

1. The Lord of the Rings

The Lord of the Rings is a trilogy that follows Frodo Baggins and his companions as they embark on a journey to destroy the One Ring. The film was released in 2001 and directed by Peter Jackson. If you loved Avatar because you wanted to escape into another world, this movie is for you!

Star Wars is a space opera set in a galaxy far, far away. It was released in 1977 and spawned two sequels (The Empire Strikes Back and Return of the Jedi) and three prequel films (The Phantom Menace, Attack of the Clones, and Revenge of the Sith). The original trilogy follows Luke Skywalker’s journey from farm boy on Tatooine to Jedi apprentice to the hero of the Rebel Alliance. Star Wars has spawned numerous spin-offs, including novels, comic books, and video games; there are also several different TV shows currently in development for Disney+.

Harry Potter is a fantasy film based on a series of books written by J.K. Rowling. The films follow Harry Potter from age 11 to age 18, and he goes through many adventures before graduating from Hogwarts School of Wizardry and Witchcraft.

If you like Avatar, you’ll love Harry Potter because they’re both films about people who go into another world with strange creatures, meet interesting new people and develop relationships with them over time. They also share a lot of similar themes, such as friendship (the bane of every good villain), bravery in the face of danger, and doing what’s right even when it seems impossible.

One of the reasons The Hunger Games became so popular is because it’s a story that has been told before. It’s not just another dystopian movie but a classic tale of good versus evil.

The Hunger Games is based on novels published between 2008 and 2010. The book tells the story of Katniss Everdeen, who lives in District 12 with her mother and sister after her father died in a mining accident years earlier. When she turns 16, she becomes eligible to participate in the Hunger Games – an annual event where 24 children from each district are selected to fight to the death for glory and riches for their district.

Katniss volunteers to take her younger sister Primrose’s place as tribute when Primrose is chosen by the lottery over her name (though we learn later in the book/movie that this was only because Katniss’ name was entered multiple times). After surviving The 76th Annual Hunger Games, Katniss finds herself at odds with The Capitol’s oppressive control over its people until she eventually leads an uprising against them with Peeta Mellark’s help.

This post-apocalyptic film is one of the best movies like Avatar. It’s set in a futuristic steampunk world where cities eat each other and are based on Philip Reeve’s book series. If you loved Avatar, you’ll love this movie!

To fully understand what makes Mortal Engines so similar to Avatar, here are some key plot points:

A brave young man named Tom Natsworthy leads an expedition to find a lost city buried inside a big engine.

The expedition team includes Hester Shaw, who wants revenge against Thaddeus Valentine for killing her family when she was young; Shrike, the executioner who hunts down those who try to escape from London; Anna Fang, a mysterious woman known as ‘the Badlands Annihilator’; and many more people from different backgrounds working together against all odds.

To get into these machines safely without being killed by them or eaten by them (like what happened with Jake Sully in Avatar), they must find keys that unlock their doors.

When Valentine finds out about this plan, he pursues them relentlessly but ends up capturing himself when his trap backfires on him after he locks himself inside one of these machines.

The Martian is a 2015 American science fiction film directed by Ridley Scott and starring Matt Damon. It is based on Andy Weir’s 2011 novel The Martian, adapted into a screenplay by Drew Goddard. The story follows an astronaut who gets left behind on Mars and must survive until he can make it back to Earth.

The film received generally positive reviews from critics and audiences, who praised its humor and visual effects but criticized its use of Latin American nations’ flags as the emblems of other planets in the solar system. It grossed $630 million worldwide against its $108 million operating budget.

The Martian tells the story of Mark Watney (Matt Damon), an astronaut who becomes stranded alone on Mars after his crew mistakenly thinks he has died following a fierce storm during their mission to the planet’s surface. With no way for help to arrive quickly because of orbital mechanics, Watney must rely entirely on his resourcefulness to survive until he can be rescued from this hostile environment.

If you’re looking for a movie like Avatar, look no further than Interstellar. This is another sci-fi epic that features a cast of rising stars and A-listers and an epic story about space travel that will keep you on the edge of your seat.

The film centers around Cooper (Matthew McConaughey), who has been tasked with finding a new home for humanity after Earth has become uninhabitable due to climate change and other factors. Along with his daughter Murphy (Mackenzie Foy) and other team members, Cooper travels through space in search of a new planet where they can begin anew.

This is a movie that focuses on communication. It’s about how humans could potentially solve their problems by becoming better at understanding each other. The main character, Louise Banks (Amy Adams), is an expert linguist brought in by the military to try and understand an alien species that has arrived on Earth. The movie has been nominated for eight Oscars and received critical acclaim from critics like Roger Ebert, who called it “deeply felt” and “thought-provoking.”

Director Denis Villeneuve has also directed other movies with Avatar’s similar themes, including Arrival and Sicario. On top of having an excellent cast (including Jeremy Renner), these movies are visually stunning as well as thematically engaging—they’ll force you to think about what you would do if you had to deal with life-threatening situations every day regularly!

This historical drama is set in the early 1960s when segregation was still prevalent. Three women—Katherine Johnson (Taraji P. Henson), Dorothy Vaughan (Octavia Spencer), and Mary Jackson (Janelle Monáe)—work at NASA, where they are determined to help their country win the space race against Russia by calculating launch trajectories.

As you’d expect from a movie about women working in STEM fields, Hidden Figures has its share of inspiring moments and feminist undertones that make it one you won’t want to miss!

Dances with Wolves is one of the best movies like Avatar you can watch. It has a similar theme: a man who goes off to the wild and finds himself. In the case of Dances with Wolves, Kevin Costner plays John Dunbar, who was sent to Fort Sedgewick in 1875 as an army scout. He finds himself drawn to the Native Americans of the area and gets more involved with their way of life than he ever imagined.

Movies like Avatar have a long-lasting impact on the audience. Avatar has captivated the world with its magical visual effects, gripping storyline, and an excellent cast of characters. If you haven’t seen it yet, you should check it out!

List of Zombie Movies You Can Watch on Netflix