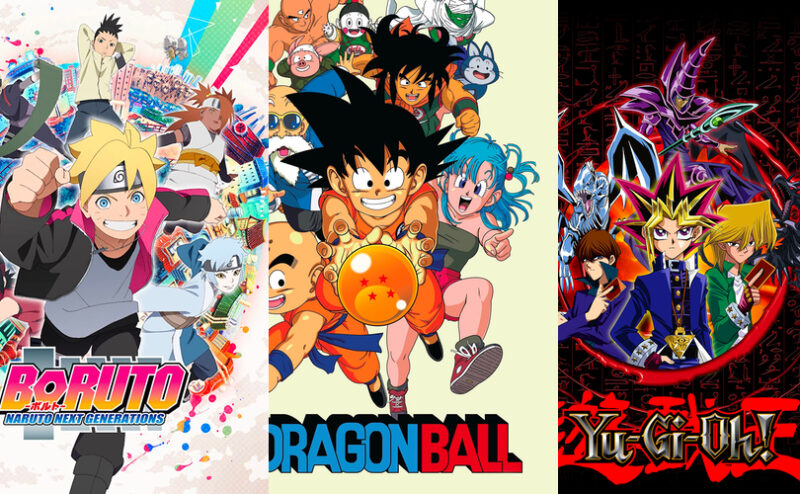 If you’re a fan of anime, then you’ve probably heard of Naruto. It’s one of the most popular anime series ever made and has been around for over two decades! But with so many episodes to choose from, finding another show that can live up to your expectations might be challenging. Well, don’t worry: we’ve got you covered! Here are 13 other amazing shows just like Naruto which are available on Netflix right now: 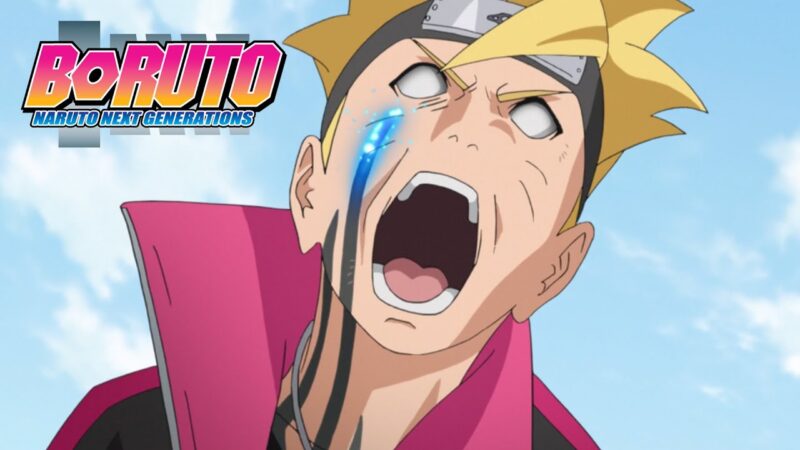 Boruto is another anime based on the Naruto series. It is an action-adventure anime with some comedy. The story follows Boruto Uzumaki, the son of the main character of the Naruto series, who has to fight against his father, who is a hero. This series has many interesting characters that you will love to watch. Some of them include: 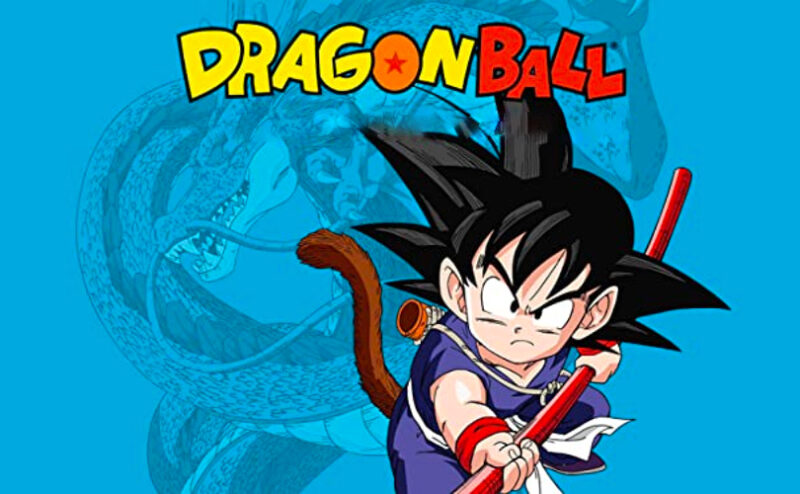 Dragon Ball is a Japanese manga series written and illustrated by Akira Toriyama. It was serialized in Weekly Shonen Jump from 1984 to 1995, with the chapters collected into 42 tankōbon volumes by its publisher Shueisha. Dragon Ball was initially inspired by the classical Chinese novel Journey to the West, but it also borrows motifs from Chinese folk tales and mythology. The story follows Son Goku’s adventures from childhood through adulthood as he trains in martial arts and explores the world in search of seven orbs known as Dragon Balls that summon a wish-granting dragon when gathered.

Dragon Ball depicts a vast array of characters; many main characters, such as Goku, Piccolo, Vegeta, Krillin, and Yamcha, have appeared throughout all three series (Dragon Ball Z, Dragon Ball GT, and Dragon Ball Super). Alongside Goku’s journey to seek out more dragons with his friends like Bulma or Gohan during his teenage years right up until his deathbed, where he has been revived using Shenron’s power granting wishes – there are plenty more memorable moments that stand out when watching these shows! 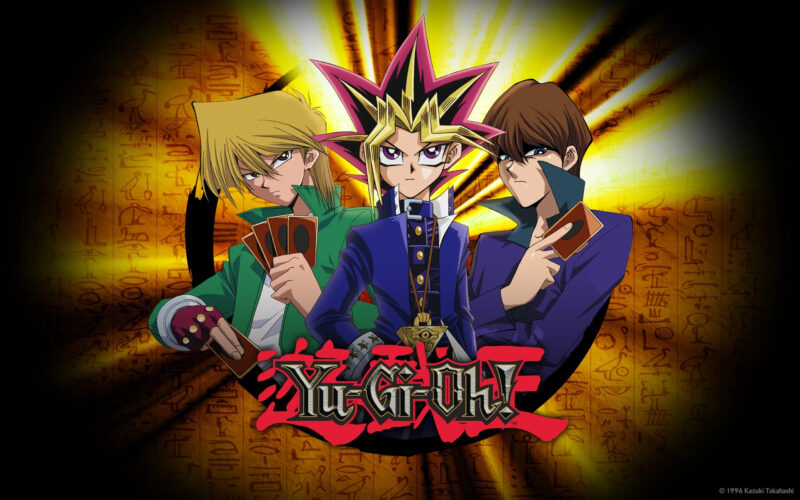 Yu-Gi-Oh! is one of the most popular anime series of all time. It has been airing since 1998, and it’s based on the manga series of the same name by Kazuki Takahashi.

The main plot follows Yugi Mutou, an upbeat high school student who solves mysteries with his companions Joey Wheeler and Tristan Taylor. In each case, they must defeat an evil spirit called a Dark Master that may be destroying the world if left unchecked. 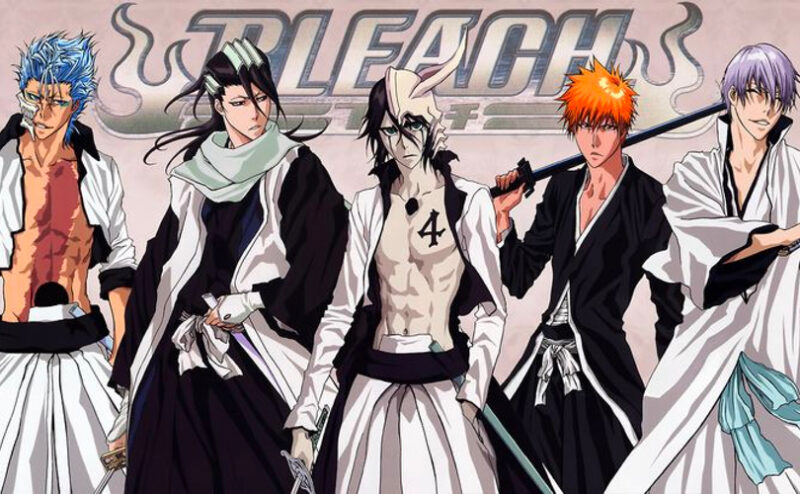 Bleach is an anime that follows the story of Ichigo Kurosaki, a high school student who can see ghosts and spirits. The anime follows Ichigo as he becomes a Soul Reaper, a person who helps lost souls pass on to the afterlife.

The series has over 366 episodes and has been airing since October 6th, 2004. It’s available in English on Crunchyroll and FunimationNow! 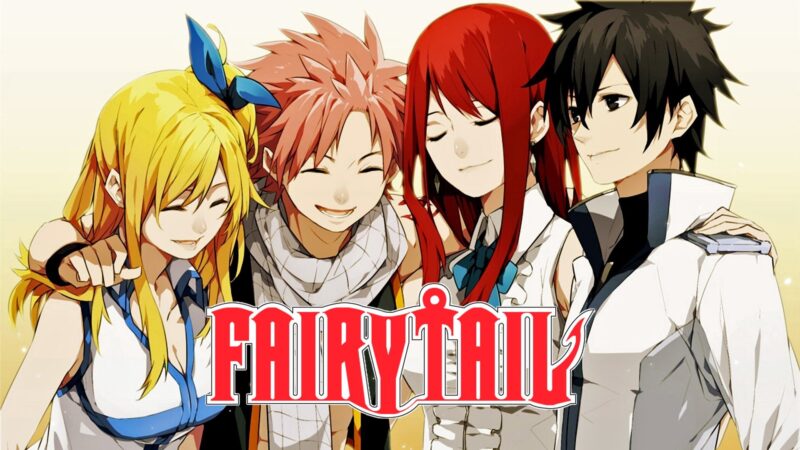 Fairy Tail is an anime series about a group of wizards who join a guild called Fairy Tail. The series was created by Hiro Mashima, who also created Rave Master and Monster Hunter Orage.

The show first aired in Japan on October 12, 2009. It has since become one of the most popular and well-known anime shows on Netflix. The first season follows Lucy Heartfilia as she joins Fairy Tail, while later seasons focus on her teammates Natsu Dragneel and Erza Scarlet. One Piece is a long series with over 700 episodes, so it’s perfect for an anime lover who likes to take their time. The story follows Luffy, who wants to become king of the pirates and is always looking for adventure. He has difficulty controlling his powers, but he has friends who help him overcome his challenges. One Piece was created by Eiichiro Oda in 1997 and continues today, with new episodes being released weekly!

One Piece may not be as popular as Naruto or Bleach on Netflix’s rankings (it ranks number four on this list), but it still has many fans worldwide. If you have some free time after watching two-thirds of Naruto, give One Piece a shot—you might just fall in love with it! 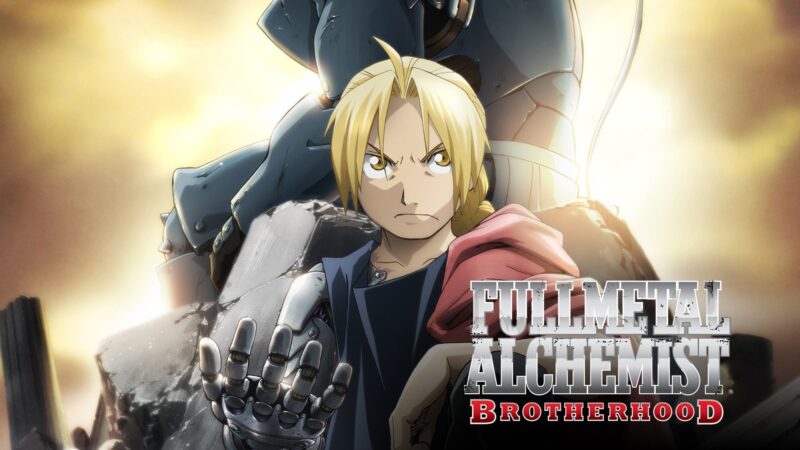 Fullmetal Alchemist Brotherhood, based on the manga by Hiromu Arakawa, is the first anime series to be adapted into two seasons. The story follows two brothers who try to resurrect their mother with alchemy but turn themselves into a pair of half-human, half-alchemical creatures. In response to this tragedy, they set out on a quest for redemption and discover more about their past.

The show won an Animage Anime Grand Prix prize in 2010 and was also selected as one of Manga’s top 20 manga series by their readership poll in 2012. A third season is planned for 2020; however, no updates have been made since 2016, when news broke about Studio Bones’ involvement with Fullmetal Alchemist: Conqueror of Shamballa (the film sequel). 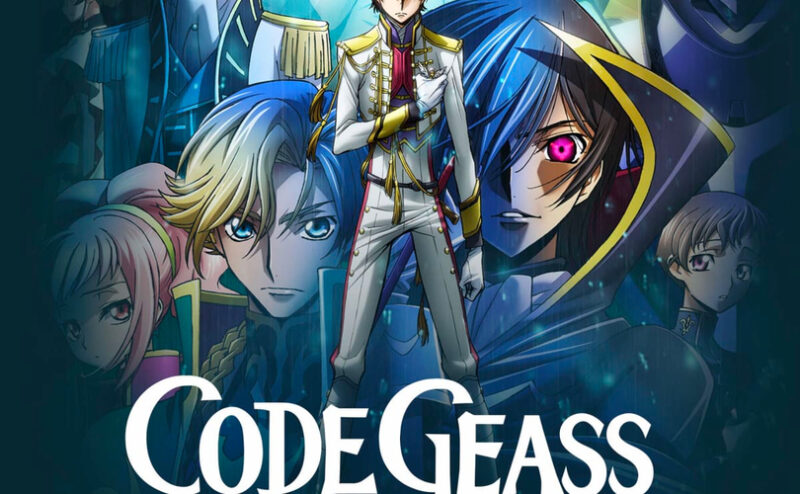 Code Geass is a Japanese anime series set in an alternate universe where Japan is under the control of the Holy Britannian Empire. The series focuses on the exploits of Lelouch Lamperouge, a Britannian student who is given the power to control people’s minds. 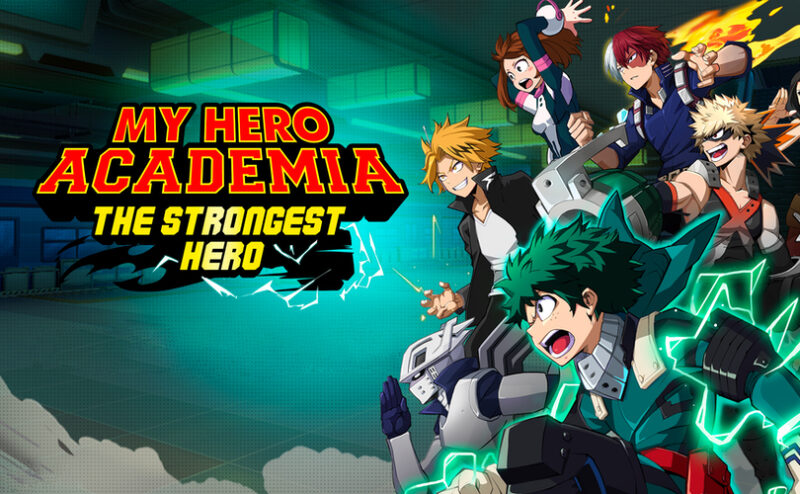 My Hero Academia is an anime based on the manga of the same name. The anime follows Izuku Midoriya, who dreams of becoming a hero, despite being born without a quirk. He is then admitted to U.A. High School (a school for people who want to become heroes), where he meets his idol, All Might, and other students with their own quirks and ideals.

The series has been adapted not only in anime form but also into a movie, and an ongoing sequel series called My Hero Academia: Vigilantes, which follows some side characters from My Hero Academia as they try to fight crime in their own ways when no one else will do it for them. And if you’re looking for even more superheroes in your life while watching this show, check out our 13 best superhero movies list!

Read Also:  The Good Doctor Cast and Their Roles 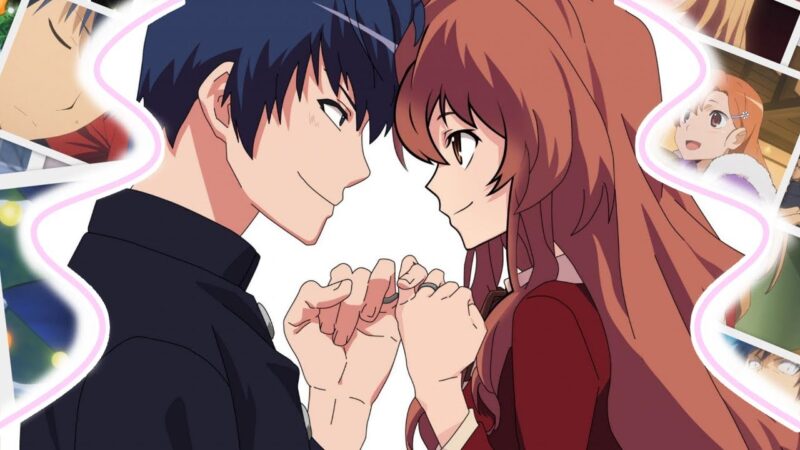 Toradora! is an anime that’s not just like Naruto but also has elements of other famous anime. It’s a romantic comedy with a school life setting, and in this case, it’s about Ryuuji Takasu, who loves housework, and Taiga Aisaka, who loves to throw people’s words back at them but has a kind side.

There are many ways Toradora! can be described: it is sweet, funny, heartwarming, and sometimes heartbreaking all at once. One thing you will find in common with most of the best anime like Naruto on Netflix is that they mix plenty of humor into their stories (but don’t worry—it won’t feel out of place). The main character is Meliodas; he’s handsome and strong but has no memory of his past or why he was cursed with immortality. His strength comes from his extraordinary fighting prowess and commands over darkness magic without any incantations needed. He also uses it to form wings on his back that allow him to fly at high speeds! He also seems relatively easy-going even though he fights with others all over town with little care for their safety since they’re usually drunk when they start fighting anyway! 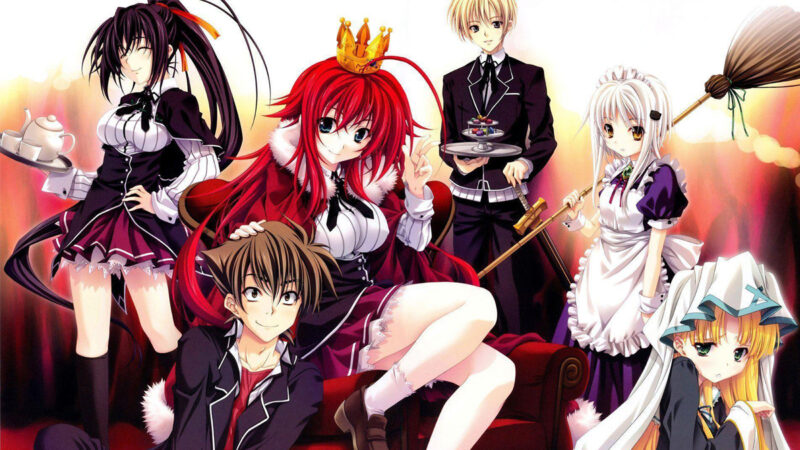 If you’re a fan of the original Naruto series, you’ll love Highschool DxD. This anime is about Issei Hyoudou, a perverted high school student who is reincarnated into a devil by Rias Gremory, a high-level devil who is also the prettiest girl on Issei’s campus. The story follows his journey to becoming an expert in fighting evil and protecting people from vampires and other monsters.

Highschool DxD has similar themes to Naruto, such as friendship, teamwork, good vs. bad, and family values. However, it has more mature content than the latter, making it appropriate for older audiences (18 years old). This is one of the best anime, like Naruto, to watch on Netflix today. 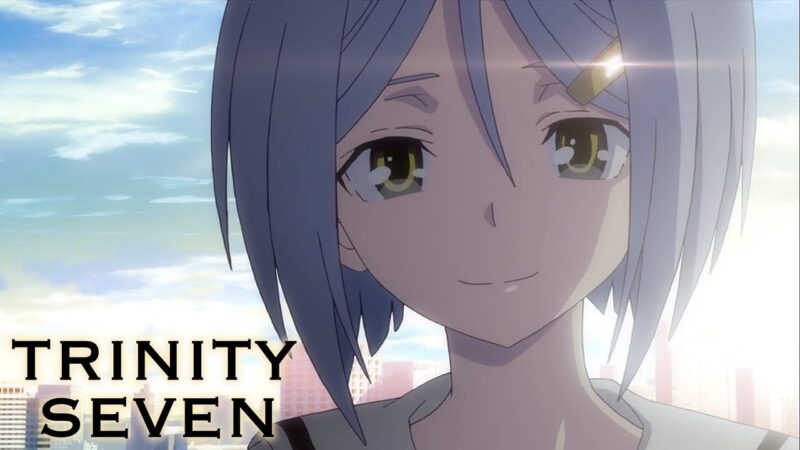 Trinity Seven is a Japanese light novel series by Kenji Saito and illustrated by Akinari Nao. The series has been serialized in Kadokawa Shoten’s seinen manga magazine Monthly Asuka since 2011, with individual chapters collected into 20 volumes as of December 2018. The series received an anime television adaptation by A-1 Pictures that aired from July 7, 2014, to March 26, 2015. A continuation of the series was announced on October 5th, 2018, titled “The Trinity Seven: Eternal Library & Alchemic Girl,” which will air in January 2019

We hope you enjoyed learning about all the different anime like Naruto you could find on Netflix. There are some perfect ones here, so check them out if you haven’t already!

The 13 Best Movies for Food Lovers on Netflix