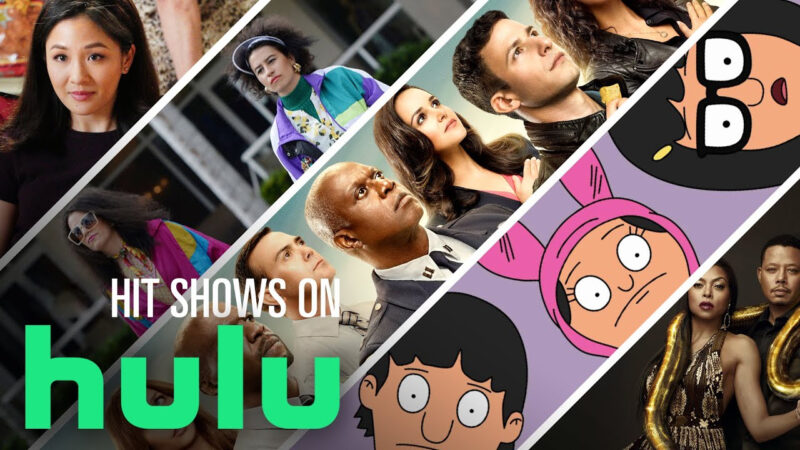 Have you been looking for interesting shows to watch on Hulu? Here’s our list of best tv shows you can watch and enjoy on Hulu today! 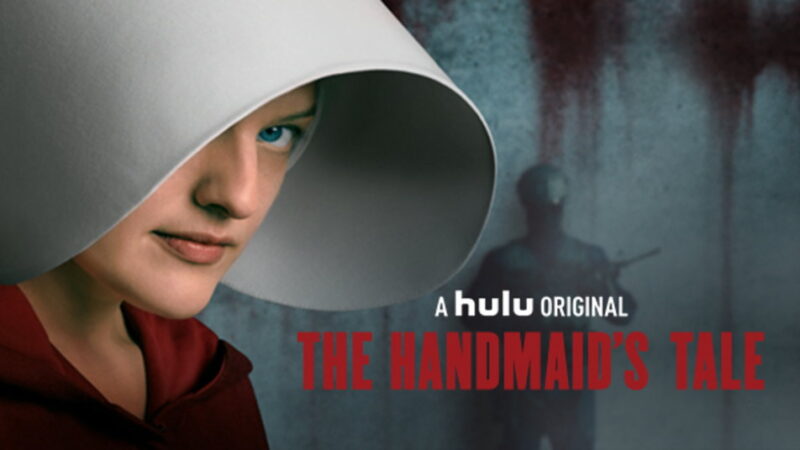 The Handmaid’s Tale is based on Margaret Atwood’s novel, published in 1985. It tells the story of Offred and her fellow handmaids, who are forced to become surrogate mothers for wealthy couples due to a plummeting birthrate. This show is not a direct adaptation from the book to the screen but instead takes inspiration from Atwood’s work as well as real-world events and makes some changes here and there—but it still captures the spirit of what makes The Handmaid’s Tale so compelling: it’s full of complex characters who face difficult choices in an ever-changing world where men subjugate women. 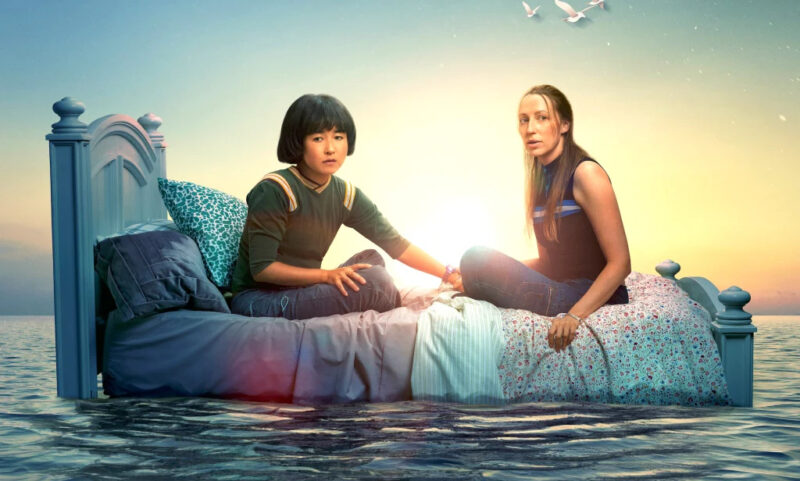 If you have ever wondered what it would be like to be a 15-year-old girl obsessed with the Disney Channel, then PEN15 is for you. The show is created by Maya Erskine, Anna Konkle, and Emily Altman and follows the adventures of Maya and Anna—the latter of whom has been dreaming of being on her favorite show since she was ten.

The comedy series explores what it means to be a teenager today through its two main characters: two best friends who are trying to navigate middle school while also maintaining their obsession with Disney Channel shows like That’s So Raven, Lizzie McGuire…and every other show that came out in the early 2000s.

Search Party is a dark comedy about four self-involved 20-somethings who become obsessed with searching for a missing college acquaintance. The show follows Dory, Elliott, Drew, and Portia as they figure out what happened to Chantal Winterbottom, the former party girl who went missing the night of her engagement party.

Catch-22 is a Hulu Original based on the classic novel by Joseph Heller. Catch-22 is a war comedy set in World War II and follows the story of Captain John Yossarian (Christopher Abbott), who tries to survive while questioning the meaning of his own existence. 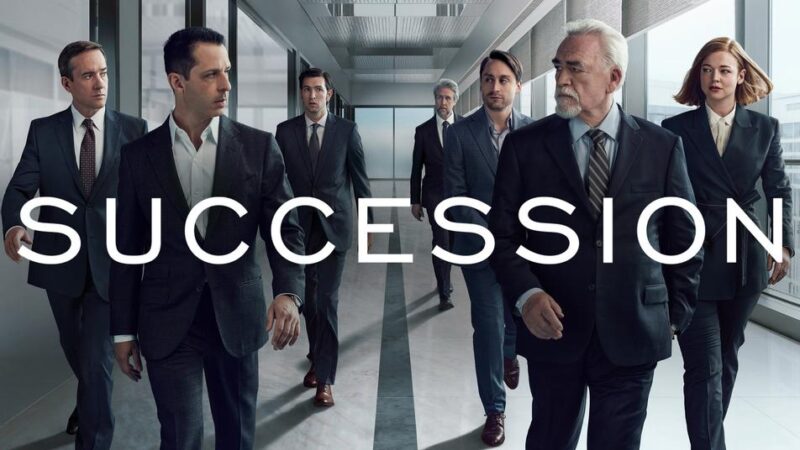 Succession is a show about an aging media mogul who holds his family together through power, greed, and constant infighting. The show depicts a highly dysfunctional family that all want to get their hands on the company currently run by Logan Roy. Still, at the end of the day, it’s actually more of a comedy than anything else.

The basic premise of this show is that there’s been an unexpected death in the family, and things get really messy!

The Hulu series Castle Rock is a psychological horror show based on the works of Stephen King. The show’s plot revolves around Henry Deaver, an attorney who returns to his hometown in Castle Rock, Maine, after being summoned to defend a death row inmate with supernatural powers.

Castle Rock is based on the fictional town of Castle Rock, Maine, which has appeared in many Stephen King novels and short stories since 1978.

Netflix’s The Bisexual is a comedy series starring Dylan Marron and Michelle Hendley. Marron plays himself in the show based on his real-life experiences as a bisexual man in a relationship with a woman.

The Bisexual focuses on the dating life of Dylan, who has just started seeing someone new after breaking up with his long-term girlfriend. As Dylan navigates dating as an openly bisexual person, he also grapples with feelings for an old friend of his—a man—and questions his identity as an LGBT person in general.

Law & Order True Crime: The Menendez Murders (2017– ) is a true-crime series based on the crime that shocked America. In 1994, brothers Lyle and Erik Menendez murdered their parents, Jose and Mary Teresa. Their story was immortalized in Law & Order, Lifetime’s Women Who Kill, and the ABC documentary series 20/20; now, it has its own show on Hulu.

This series is so good because it follows all of the real-life details of the case down to specific moments and conversations between characters. It also uses some familiar faces from previous Law & Order shows, like Vincent D’Onofrio, who plays Robert Kardashian, OJ Simpson’s lawyer during his trial for murder (and friend of Robert Shapiro), and Jamie Lee Curtis, who plays Leslie Abramson from The Practice, who defended Lyle Menendez during his murder trial.

Shrill, which came out in March 2019, is about a fat woman trying to live her life. She wants to find her voice and find her place in the world. She also has to deal with romantic relationships, friends, and family. The show is funny and heartbreaking, but mostly funny because it’s true-to-life.

The protagonist of this comedy series is Annie (played by Aidy Bryant). She works at an advice column for women that seems like it’s straight out of Cosmopolitan magazine from the ‘80s. She has been told since she was young that she needs to change how she looks before she can hope for love or success in any area of her life—but when a promotion goes awry. Her boss decides not to renew her contract after learning about some personal details about Annie’s appearance (like how much weight she gained over the holidays), and things start falling apart at home, too: Her boyfriend breaks up with her on New Year’s Eve; he doesn’t want kids either, so they don’t have anything left between them except friendship…and sex apparently? It seems strange considering how much time they spent together talking about marriage during season 1!

This is an adaptation of the John Green novel of the same title, and it’s pretty much everything you would expect from a movie made by people who love his work. The story follows Miles (Charlie Plummer), starting his freshman year at boarding school after his family moves to Alaska. There, he meets new friends who don’t care about school but just want to party hard.

And that’s pretty much all there is to this show: the raw emotions of youth, young love, and friendship spiraling out of control as they try to figure out what they want out of life while also trying not to get caught up in substances abuse or anything else that could ruin their lives forever.

It’s definitely not groundbreaking stuff here – I mean, let’s face it: every single teen drama has been following these same themes since Shakespeare first wrote Romeo & Juliet in 1597! But at least Looking for Alaska has some fresh faces like Dylan Gelula (Big Mouth), Alex Wolff (My Wife And Kids), and Kristine Froseth (Riverdale). So if you like any of those shows, maybe give this one a shot too?

Veronica Mars is a TV show that was originally aired on UPN and The CW, and it’s set in the fictional town of Neptune, California. It follows the titular character (played by Kristen Bell), who doubles as an amateur detective while also dealing with high school life. She sometimes goes undercover as an au pair or babysitter to solve cases.

The series became a massive hit after its third season ended in 2007; it was canceled because there wasn’t enough interest from advertisers for another season. However, fans were so passionate about Veronica Mars that they raised millions of dollars through Kickstarter to fund its fourth season—and then did it again for its fifth season!

Ramy is a Hulu Original comedy series about a first-generation Egyptian-American navigating his way through life. Ramy is an intense, emotional comedy that stars comedian Ramy Youssef as Ramy. It follows his life as a young man trying to get by in New Jersey with family pressure smothering him and the world at large constantly getting in the way of his goals and desires. The show’s creators have described it as “a hybrid between Seinfeld and Louie,”—but if you ask me, that description doesn’t do justice to how funny this show really is.

Ramy has garnered critical acclaim since its release; it was picked up for season 2 by Hulu after only one episode had aired live on May 12th (which means we’re already halfway through season 2). Despite being only six episodes long so far—and having only four more left before its end next year—there are plenty of reasons why you should start watching this show now!

Star Trek: Discovery is a modern reimagining of the Star Trek franchise, set 10 years before the original series. The show follows a crew aboard the USS Discovery looking to explore strange new worlds and seek out new life forms.

Star Trek fans will be happy to know that this reboot takes place in what’s known as “the prime universe,” rather than the alternate universe where most other versions of Star Trek take place. The end goal for this version is to create an expansive story filled with political intrigue and action-packed space battles.

Dollface is a horror-comedy series created by Chris Marrs Piliero. The series (available on Hulu) is about a young woman named Ricki whose life has been turned upside down after she was possessed by an evil demon that takes over her body. The series is based on the 2015 movie of the same name, but it also maintains its own continuity and storylines.

The show stars Abigail Pniowsky as Ricki, who struggles to deal with her newfound powers while trying to settle into college life. There are also plenty of other characters involved in this story, including some surprising twists along the way—and if you’re looking for something new to binge on, Hulu, Dollface might just be what you’ve been waiting for!

It’s a dramedy that follows the lives of traders on Wall Street in the 1980s.

Usually, I wouldn’t be into this kind of show, but Black Monday has proved me wrong! It’s fun and light-hearted while also being very well-written.

All the Godzilla Movies in Order: How to Watch Them Chronologically