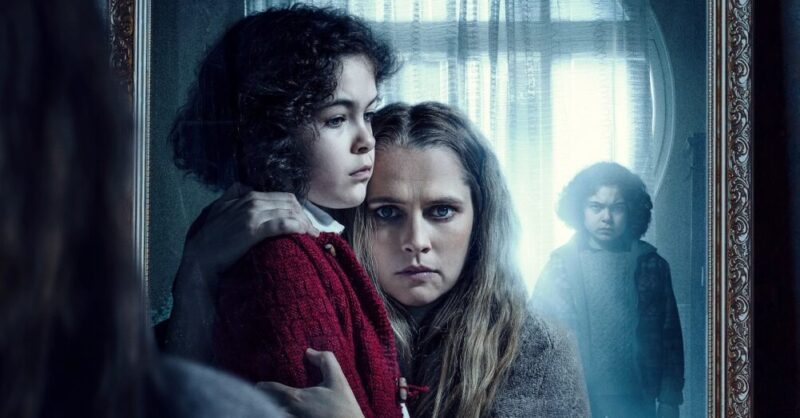 Who doesn’t love movies? I know I do. Knowing that this article is precisely what you need. I’ll be discussing seven upcoming May 2022 movies which will keep moving the summer movie season to new heights. And you’ll be surprised; some of the untitled movies might be the “hard-hitting” blockbusters you’ve been waiting for! Let’s get the party started with the seven best upcoming movies of May 2022.

Rachel (Palmer) and Anthony (Cree) uproot their family and move to the opposite side of the world with their surviving child in the wake of the devastating aftermath of an accident that took the life of one of their twins (Ruggeri).

What is supposed to be a restorative time in the peaceful countryside of Scandinavia quickly takes a sinister turn when Rachel starts to uncover the harrowing realities about the death of her child and faces the evil forces who are attempting to seize control of him.

The Twin is a psychological horror movie directed by Taneli Mustonen. It has Teresa Palmer, Steven Cree, Tristan Ruggeri, and Barbara Marten as the main cast.

Doctor Strange in the Multiverse of Madness: May 6,  2022

The most recent time we saw Doctor Strange was in Spider-Man: No Way Home and this movie will likely have to deal with the fallout of his spell somehow.

As we saw with Loki and “Far From Home,” one’s interactions with the multiverse bring them into contact with alternate realities of themselves that are scattered around the cosmos. In most cases, the goals of these alternate realities are congruent with one another. What if, however, they are not?

Even if one only watches the trailer for the movie, it is possible to deduce that it contains aspects of horror, despite being marketed as a fantasy/action movie. We can only hope that Raimi will bring something fresh to the scene with this upcoming entry in the MCU canon.

Eric Black (Hughes), a widower who has recently lost his wife, moves to a secluded Scottish island to work as a shepherd to escape the memories of their loss. Eric is driven to the verge of insanity as the dreary desolation of the ominous terrain, and horrific images begin to overtake him.

Shepherd is a horror mystery drama directed by Russell Owen. The movie stars are Tom Hughes, Gaia Weiss, Kate Dickie, Jamie Marie Leary, and Greta Scacchi. Shepherd is a stylish, supernatural horror thriller that will keep you on edge, filled with suspense.

It’s 1943. However, the Allies are confronted with an insurmountable challenge: how to safeguard a vast invading force from the possibility of being slaughtered. The Allies are resolved to break Hitler’s grasp on occupied Europe, and they intend to launch a full-scale attack on Sicily. It is up to two brilliant intelligence officials, Ewen Montagu (played by Colin Firth) and Charles Cholmondeley (played by Matthew Macfadyen), to conjure up the most ingenious and implausible misinformation scheme of the war, which is focused on the most unusual of undercover agents: a dead man.

The astonishing and real story of an idea that sought to change the direction of the war is told in Operation Mincemeat. This notion defied logic, but countless thousands of lives were at risk and put the nerves of its creators to the limit.

El (Jacobs), a resident of Queens with dreams of becoming a sneaker designer, conceals his artistic ability while working as a sales clerk in a shoe store. An unexpected run-in with Kira King (Underwood), the daughter of sneaker monarchy and a modern-day Manhattan version of Prince Charming, sets off a chain reaction of exciting events.

El gets the guts to lace up his shoes and pursue his ambitions with help from his best buddy Sami (Nekoda) and a dash of magic.

Anais (Demoustier), a thirty-year-old lady, is the protagonist of this drama. She is unemployed and has a boyfriend whom she no longer believes she loves. She meets Daniel (Podalydè), who falls in love with her right away, but Daniel is already in a relationship with Emilie (Tedeschi), who Anas also falls in love with.

Before her senior prom in 2002, high school cheerleader Stephanie Conway (Wilson) sustained a brain injury and went into a coma, which caused her to miss the event. After sleeping for 20 years, she finally awoke to the reality that she was now a 37-year-old woman.

She is disheartened that she will not be able to graduate from high school, so she decides to re-enroll, despite her parents’ reluctance.

List of Zombie Movies You Can Watch on Netflix