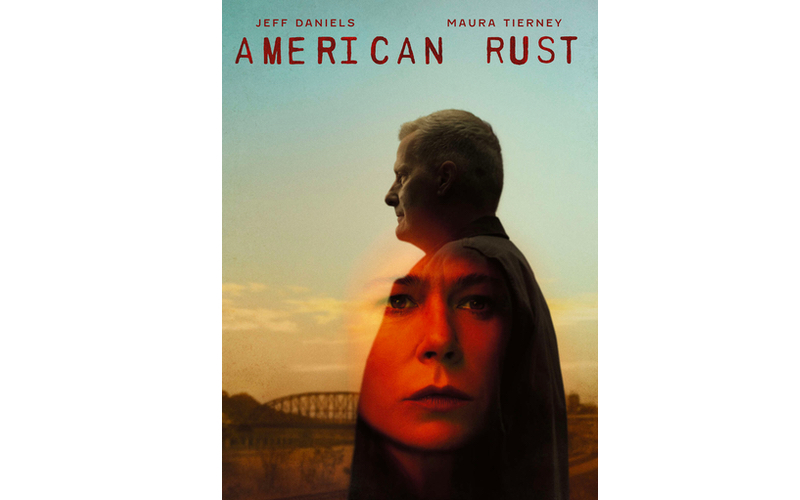 American Rust is a crime drama television series produced in the U.S. and created by Dan Futterman. The series is based on the novel of the same name written by Philipp Meyer.

On September 12, 2021, the series’ first episode was shown on Showtime. Showtime ended the series after just one season, which aired until January 2022.

In June of 2022, Amazon Freevee gave the sitcom a new lease of life by bringing it back for a second season.

More information regarding the American Rust cast and their roles, as well as a brief premise of the series, have been covered in this article.

When the chief of police of a sleepy Pennsylvania town in the Rust Belt, Del Harris, hears that the son of the lady he loves has been accused of murder, he launches an inquiry into the case.

The various American Rust cast have been listed below:

One of the American Rust cast, Maura Therese Tierney, is an American actress who has worked in cinema, theatre, and television.

Her performance as Helen Solloway on The Affair earned her a Golden Globe Award for Best Supporting Actress in a Television Series, Miniseries, or Television Film. She is one of the American Rust cast.

Read Also:  All Pirates of the Caribbean Movies in Order From First to Last

Alexander Francis Neustaedter is a well-known actor born in the United States on March 29, 1998.

He is most well-known for his role as Bram Bowman in the television series Colony. He is a recurring American Rust cast who started as Billy Poe.

Jeffrey Warren Daniels is an American actor, singer, and dramatist. He was born on February 19, 1955, in the United States of America.

He is most known for his work on stage and television, portraying various characters in comedic and dramatic roles. Jeffrey is one American Rust cast.

Mark Ross Pellegrino is a well-known American actor who has worked in cinema and television.

He was born on April 9, 1965. His roles as “Lucifer” on “Supernatural,” “Jacob” on “Lost,” “Paul Bennett” on “Dexter,” “James Bishop” on “Being Human,” “Executive Assistant Director of the FBI Clayton Haas” on “Quantico” on ABC, and “Deputy Bill Standall” in “13 Reasons Why” have brought him the most fame. He is also one of the American Rust cast as Virgil Poe.

Read Also:  Where Can I Watch Hotel Transylvania 4?

David Alvarez is a Canadian dancer and actor born on May 11, 1994. He is best known for his role as one of the original Billys in the Broadway production of Billy Elliot the Musical and for becoming one of the youngest winners of the Tony Award for Best Actor in a Leading Role in a Musical.

Alvarez, an American Rust cast, holds the record for the youngest winner of the Tony Award for Best Actor in a Leading Role in a Musical.

He received his training as a dancer with American Ballet Theatre, and he will play the role of Bernardo in the 2021 film adaptation of West Side Story directed by Steven Spielberg. David is one of the American Rust cast.

Rob Yang is a Korean American actor best known for his roles as Logan Kim on The Resident and Lawrence Yee on the television show Succession.

In addition, Yang has made guest appearances on various television episodes and films, such as The Americans, Living with Yourself, and Twisted. Rob Yang is also one of the American Rust cast.

Dallas Mark Roberts is a well-known American actor born on May 10th, 1970. His most famous roles are those of Eliot Delson on “Unforgettable,” Owen Cavanaugh on “The Good Wife,” and Milton Mamet on “The Walking Dead,” which he played throughout the third season (2012-2013) of AMC’s The Walking Dead. Additionally, he played in the Netflix comedy “Insatiable.”

One American Rust cast, Clea Lewis, is an American actress born on July 19, 1965. She is most known for her portrayal on television as Ellen’s bothersome friend Audrey Penney in the comedy Ellen, which Ellen DeGeneres created.