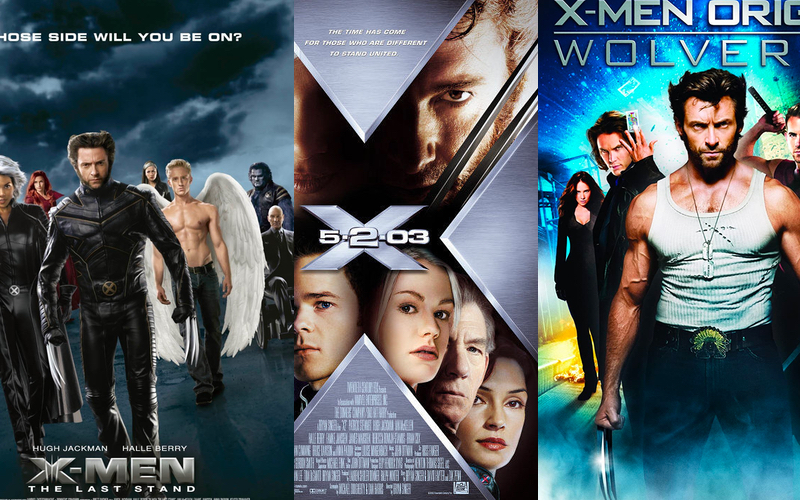 Ever since the X-men franchise was first conceived, it has become one of the most popular superhero franchises out there. It’s certainly better than Batman, anyway. But with so many movies made by so many different writers, producers, and directors over so many years, it can be challenging to keep track of what order they go in. So here’s your guide:

X-Men is a 2000 superhero film based on the Marvel Comics superhero team of the same name. The film, distributed by 20th Century Fox, is the first installment in the X-Men film series. The film introduces us to the X-Men, a group of mutants with superhuman abilities. Wolverine (Hugh Jackman) is sent to fight Magneto (Ian McKellen) and his Brotherhood when they capture Rogue (Anna Paquin).

Bryan Singer directed the movie from a screenplay by David Hayter and Zak Penn.

X2, released in 2003, is the second film in Bryan Singer’s X-Men series. In this movie, Magneto (Ian McKellen) returns to everyday life after his trial for crimes against humanity. Professor Xavier (Patrick Stewart), who has been working with the government on anti-mutant programs, persuades him to return to his team of mutants and save them from a deadly assault by Colonel Stryker (Brian Cox).

X2 may not be as good as some superhero films like The Avengers or Batman Begins, but it’s still worth watching if you’re interested in this genre.

X-Men: The Last Stand is a 2006 superhero film, the third in the X-Men series of films. It tells the story of how Magneto wants to kill all humans, and Professor Xavier must stop him. In this movie, they also introduce us to Rogue and Gambit.

The movie did not go over very well with fans because it had too much going on and wasn’t very good quality-wise either. It was directed by Brett Ratner, who directed many other bad movies, including Rush Hour 3 (2007), Tower Heist (2011), Red Dragon (2002), and other titles like these – so maybe his directing style doesn’t work for everyone? There’s your answer!

X-Men Origins: Wolverine is the fourth film in the X-Men film series. It’s a prequel to the other films and tells us how Wolverine became the mutant we know and love today.

The story takes place after Xavier has formed his team of mutants before they’ve come together as a group. We get to see how Logan first met Sabretooth and how he gained his metal claws for the first time.

The story takes place after X-Men: The Last Stand (2006). In Japan, Logan lives alone in an abandoned smelting plant where he works as a limousine driver. He has lost his superhuman healing powers and now relies on drugs to suppress his superhuman senses of smell and hearing. When he meets Yukio (a mutant with precognitive abilities), she informs him that Shingen has hired Yakuza thugs to kill him because of what happened between them years ago; this was also revealed by Elsie Dee at Alkali Lake when she said, “You know what happens when you take out one of their leaders?” referring to Viper’s death via decapitation by Kenuichio Harada aka Silver Samurai.

Wolverine then learns about Viper’s daughter Mariko Yashida who will marry Shingen unless her bodyguard Harada kills three men on her behalf – one being Logan himself – before midnight shrinks from time travel after being exposed. As some kind of imposter by Yukio…

X-Men: First Class is the first of the X-men movies to be set outside of the present day, and it’s also the first to focus on Charles Xavier and Erik Lehnsherr (aka Professor X and Magneto). Set in 1962, this prequel film follows their friendship as they work together to try to bring mutants out of hiding. The movie also introduces us to a younger version of Mystique, who falls for young Charles Xavier.

The movie was well received by critics, with Rotten Tomatoes giving it an 85% rating; IMDB has an 8.1/10 rating for X-Men: First Class. 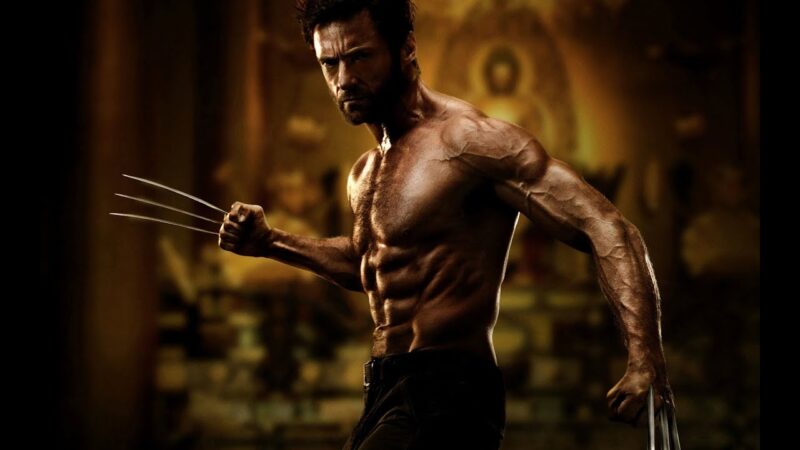 The second Wolverine movie, The Wolverine, was released in 2013 and is a sequel to the original movie. It was directed by James Mangold and written by Christopher McQuarrie. In this film, Logan must travel to Japan when he learns that someone has stolen his body from its burial place in Canada. He spends most of his time in Tokyo with a young girl named Yukio (Rila Fukushima), who helps him deal with the death of Jean Grey at the end of X-Men: The Last Stand.

The movie also deals with Logan’s relationship with Mariko Yashida (Tao Okamoto), a woman whose father (Hal Yamanouchi) wants her marriage to be arranged as part of his political campaign for prime minister of Japan—a job he feels will help him keep control over mutants in general and Wolverine in particular due to his relationship with them through Shingen Yashida (Hiroyuki Sanada). 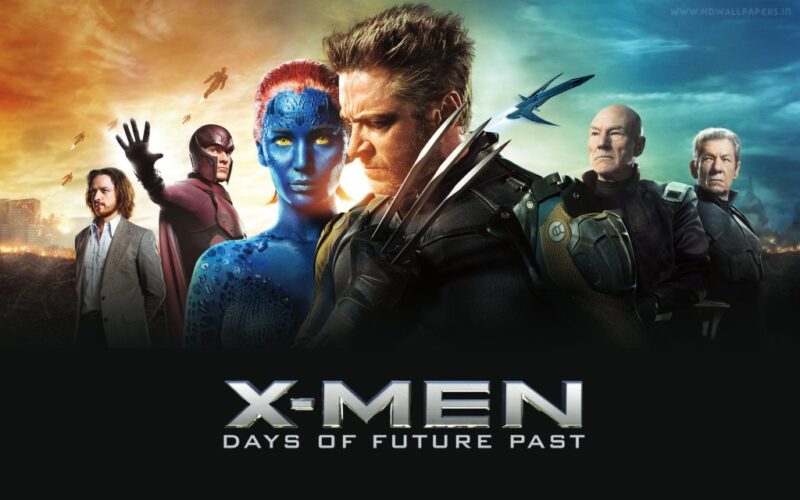 X-Men: Days of Future Past is based on the 1981 Uncanny X-Men story, Days of Future Past, written by Chris Claremont and John Byrne. It’s a sequel to X-Men: First Class and an adaptation of The Dark Phoenix Saga (the storyline where Jean Grey becomes corrupted by a cosmic entity known as the Phoenix Force).

The story follows Wolverine in an apocalyptic future, trying to stop his past self from executing Mystique. It’s similar to Terminator 2: Judgement Day in that it involves time travel and alternate futures, but this movie doesn’t have the same sense of urgency as Cameron’s masterpiece. 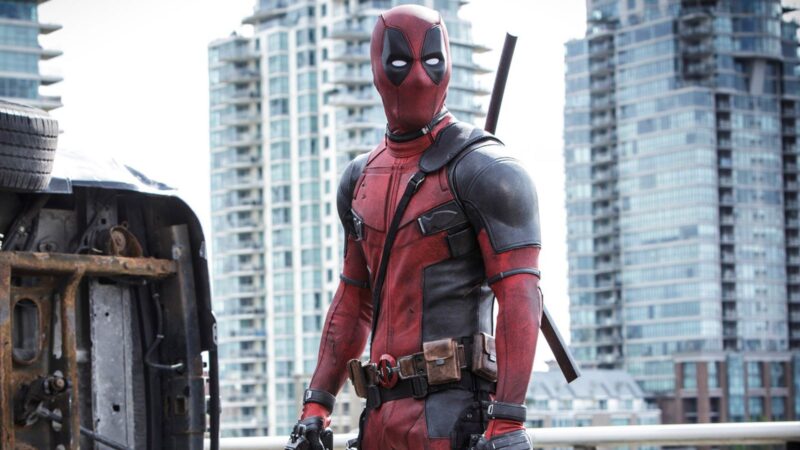 Released in 2016 and directed by Tim Miller, Deadpool stars Ryan Reynolds as the titular character. The plot follows Wade Wilson—a former special forces operative who becomes a mercenary to hunt down the man who nearly destroyed his life. The budget was $58 million, with box office earnings of $783.1 million worldwide. 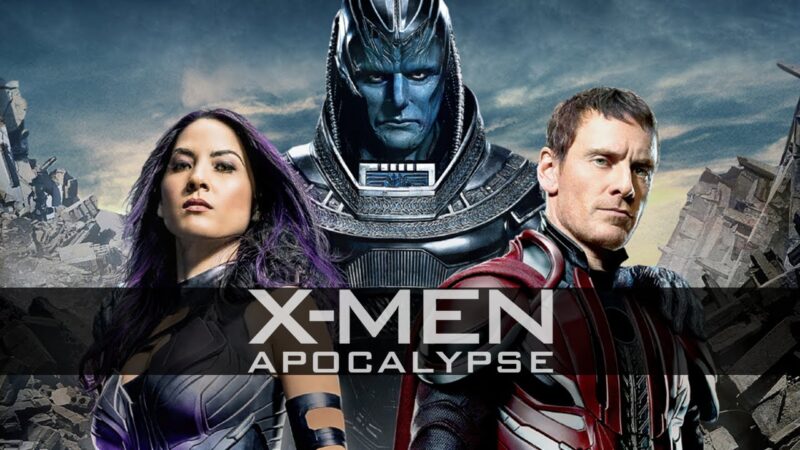 X-Men Apocalypse is a 2016 superhero film based on the fictional characters of the X-Men. It is directed by Bryan Singer and was produced by 20th Century Fox. The ninth installment in the X-Men film series was released in theaters on May 27, 2016, in 2D and IMAX 3D. The movie’s plot follows a younger version of Scott Lang. He must help his mentor Charles Xavier (James McAvoy), save humanity from destruction at the hands of his nemesis En Sabah Nur (Oscar Isaac). 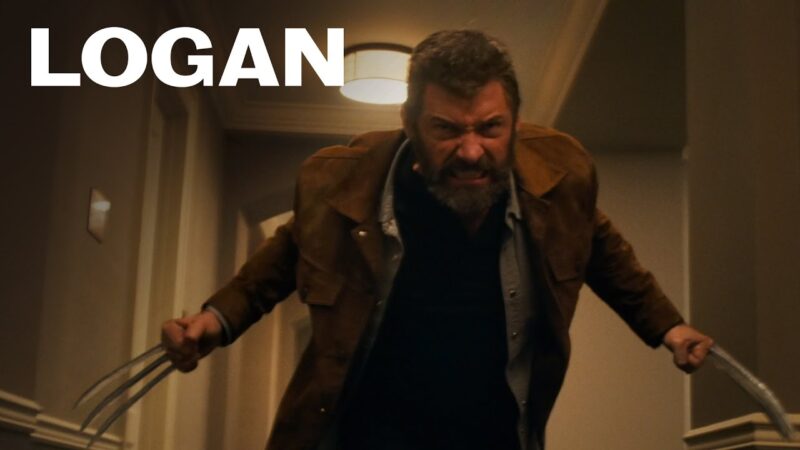 Logan is the final Wolverine movie. It’s also the last X-Men movie of this kind, as well as the last to feature Hugh Jackman as Wolverine and Patrick Stewart as Professor X. In this story, Logan finds himself with his old friend Professor Xavier and Caliban in Mexico, where they must care for a young girl named Laura (aka X-23). When Laura is kidnapped by James “Logan” Howlett (Hugh Jackman), a former teacher at her school who now leads a band of mercenaries called Reavers, Logan must go on one final adventure with Xavier before he dies from advanced aging caused by his powers. While most of the characters are new creations for this film, some familiar faces like Kurt Wagner/Nightcrawler appear briefly in flashback sequences; other returning characters include Yukio (Rila Fukushima) and Caliban (Stephen Merchant).

In Deadpool 2, we see the Merc with a Mouth (Ryan Reynolds) return from the dead to go after Cable (Josh Brolin). The Cable character is a mercenary from the future who travels back in time to kill a young boy named Russell Collins — or “Firefist” — who will grow up to be an evil mutant.

But this sequel also sets up another X-Men movie: Dark Phoenix. This installment of the X-Men series will follow Jean Grey as she turns into Phoenix and wreaks havoc on everyone around her. The movie’s release date is yet to be announced, but Fox is currently shooting it. Keep reading for more details on both these movies! 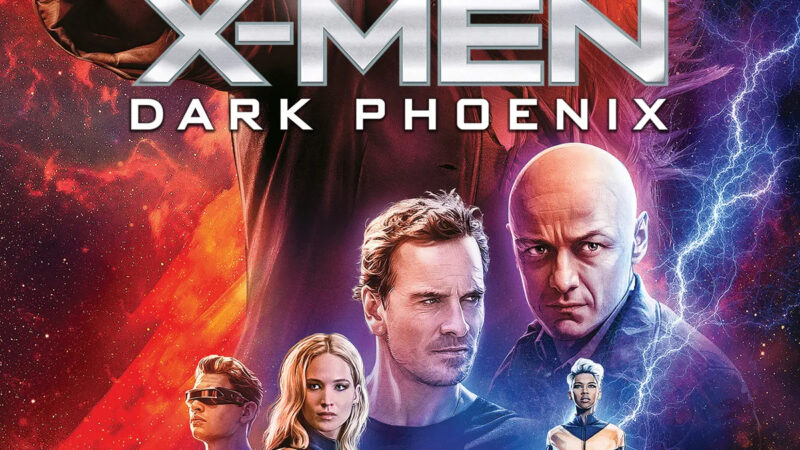 Dark Phoenix is the sixth film in the X-Men film series and the twelfth installment of the X-Men franchise. It’s a prequel to the events of X-Men: The Last Stand (2006) and features Jean Grey as she comes into her powers as a mutant telepath with immense power.

The movie was directed by Simon Kinberg, who wrote it alongside Zak Penn and Chris Claremont. Dark Phoenix sees Jennifer Lawrence reprise her role as Mystique from previous films and James McAvoy returning as Professor X/Charles Xavier – whose character went through some stuff in Apocalypse that we don’t need to get into here! Jessica Chastain plays villainess Vuk (or “Daken” if you’re an old-school comic book fan), while Sophie Turner plays Jean Grey/Dark Phoenix herself – so much so that people think of this movie when they hear “Dark Phoenix.”

The story follows Jean Grey after she’s possessed by an otherworldly entity called The Phoenix Force, which corrupts her mind and transforms her into Dark Phoenix (you’re probably wondering where all these names come from). She must now seek redemption for herself and her fellow mutants struggling against human fear to survive on Earth; however, she may be too powerful for anyone else to stop… 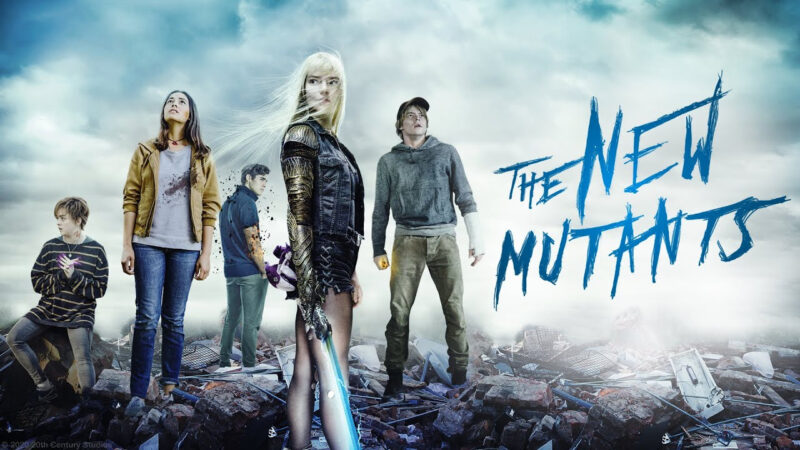 This is the first X-Men movie to be directed by Josh Boone and is based on the Marvel comic of the same name. It follows five mutants who escape from a government facility and are forced to fight against an evil scientist trying to capture them again. Its cast includes Anya Taylor-Joy as Illyana Rasputin/Magik, Maisie Williams as Rahne Sinclair/Wolfsbane, Charlie Heaton as Sam Guthrie/Cannonball, Henry Zaga as Roberto da Costa/Sunspot, and Blu Hunt as Danielle Moonstar/Mirage.

We hope this helped keep track of all the X-Men movies and their order. As you can see, there’s a lot to keep track of! The Wolverine is actually the first movie in the series, followed by X-Men, which makes sense when looking at it from an outsider’s perspective. But with so many spinoffs (like Deadpool 2), we understand how confusing all this could be for newcomers who want just one place where they can find everything about these beloved characters. If you’re new to comics or superheroes all together, don’t worry – there are plenty of other franchises out there too! Our goal is always to make things easier on our readers while providing quality content that educates them on what’s happening around us today.”

Hulu vs. Sling TV: Which Streaming Service is Better?

List of Fantastic Beasts Movies in Order of Release