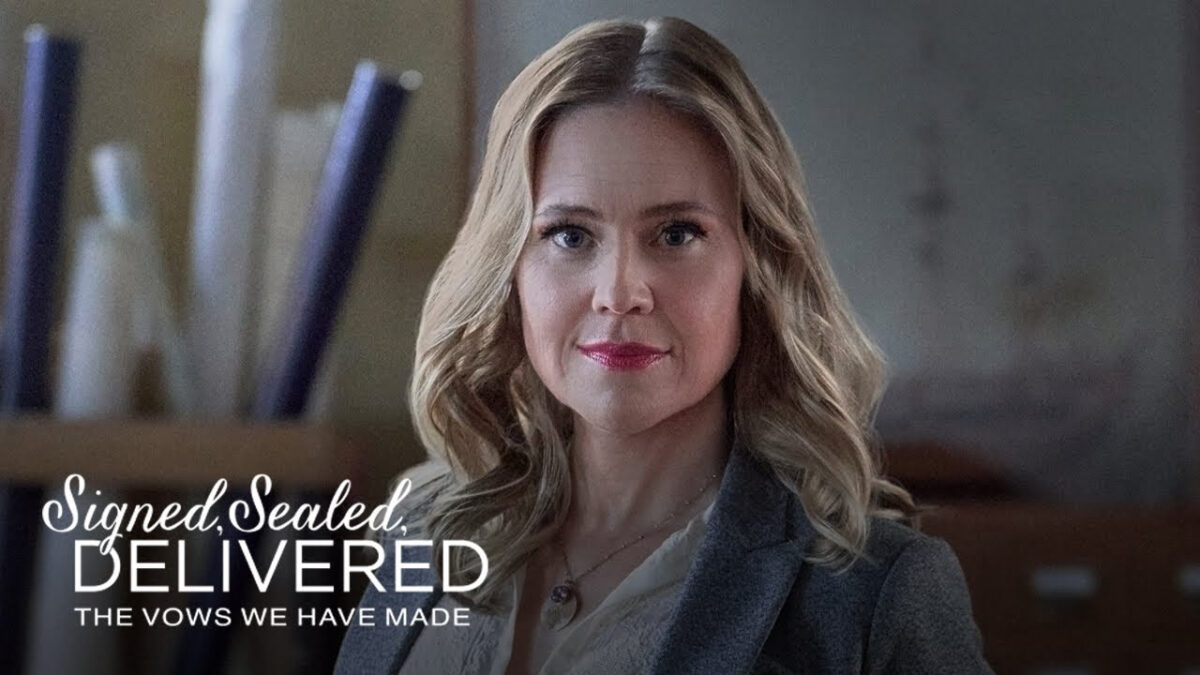 The series initially aired under the name Dead Letters. Signed, Sealed, Delivered is a show about four postal employees who take it upon themselves to search out the intended receivers of undeliverable mail.

The show was created by Martha Williamson, who also worked on the show Touched by an Angel.

Williamson’s Christian views are promoted throughout the show, just as in her previous program, as the protagonists battle with their faith while depending on divine intervention to fulfill their job.

The list below contains the notable Signed, Sealed, and Delivered cast and their respective roles:

Kristin Booth is a Canadian actress born in Kitchener, in the province of Ontario, on August 28, 1974.

In 1997, she received a Bachelor of Fine Arts degree with Honors from the Ryerson Theatre School at Ryerson University.

Valerie Anne Bertinelli is a well-known American actress and one of the Signed, Sealed, Delivered cast. She was born on April 23, 1960, in the United States.

Her work as a presenter and actor on television has earned her several awards, including two Emmy Awards, two Golden Globe Awards, and a nomination for a Screen Actors Guild Award, among others.

On the Hollywood Walk of Fame, a star was placed in her honor in 2012.

First came to public attention as a child actress on the sitcom One Day at a Time (1975–1984), for which she was nominated for and won two Golden Globe Awards as the Best Supporting Actress in a Series, Miniseries, or Television Film, Valeria Bertinelli is best known for her portrayal of Barbara Cooper Royer.

Valerie Kathryn Harper was an American actress. She was born on August 22, 1939, and passed away on August 30, 2019. She made her debut on Broadway in the musical Li’l Abner as a substitute dancer, where she started her career in the performing arts.

Before Valerie’s death, she was one of the Signed, Sealed, Delivered cast who played the role of Theresa Capodiamonte.

She was honored with the Primetime Emmy Award for Outstanding Supporting Actress in a Comedy Series twice for her work on Mary Tyler Moore.

Subsequently, she was honored with the Primetime Emmy Award for Outstanding Lead Actress in a Comedy Series for her role in Rhoda.

Eric Harry Timothy Mabius is a well-known American actor born on April 22, 1971. He was born in Harrisburg, Pennsylvania, and received his degree in film studies from Sarah Lawrence College, located in Bronxville, New York.

After gaining experience in the theater, Mabius made his debut in the film industry with the indie dark comedy Welcome to the Dollhouse, released in 1995.

As a result of his performance as Daniel Meade in the comedy-drama series Ugly Betty, which aired on ABC, Mabius acquired considerable fame.

In addition, he had roles in the films Cruel Intentions, The Crow: Salvation, and Resident Evil. He also had a recurring role on the Showtime series The L Word.

She is best known for her scream queen roles in horror films such as Children of the Corn: Revelation (2001), Black Christmas (2006), Final Destination 3 (2006), and Wrong Turn 2: Dead End (2007), as well as her role as Rita Haywith in the Signed, Sealed, Delivered television and television film series on the Hallmark Channel (2013–2021).

Carol Creighton Burnett is a well-known American actress, comedian, singer, and writer. She was born on April 26, 1933, in the United States. Carol Burnett starred as Ardis Paine in Signed, Sealed, Delivered.

Her trailblazing comic variety program The Carol Burnett Show, which was first broadcast on CBS, is responsible mainly for her widespread fame.

She has been successful in various acting genres, including serious and humorous parts, on stage, on television, and in movies.

Her career started when she appeared in the original production of Grease.

In 1977, Henner was cast in her breakout role as Elaine O’Connor Nardo in the ABC/NBC comedy Taxi, a position she performed until 1983 and garnered five Golden Globe Award nominations. During this time, Henner was also nominated for an Emmy Award.

She started her long career as a singer, and her song “Don’t You Know?” in 1959 became a smash and launched her career.

She was the presenter of her talk show, Della, which began airing in the late 1960s and lasted for 197 episodes.

All the Resident Evil Movies in Order: How to Watch Chronologically