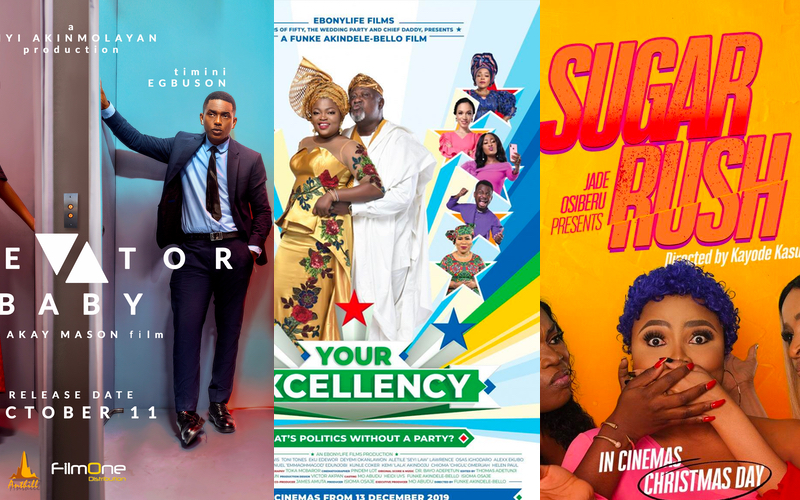 Traverse the archived world of Nigerian movies as we present you with The 21 Best Nigerian Movies on Netflix for the remainder of 2022.

Netflix has been around for a long time, but it has had some challenges in the past.

Netflix was founded in August 1997 and is an online streaming video service. You can watch movies and TV shows on Netflix, and you can also rent DVDs.

Netflix has become one of the world’s leading online entertainment platforms. Their goal is to provide customers with an enjoyable viewing experience at any time and place.

Netflix has acquired the rights to several Nigerian films, including “Fifty” starring Biy Bandele, “I Do Not Care” starring Genevieve Nnaji, “The Wedding Party,” and  “A Wife Like You” starring Mercy Johnson, “

However, 2018 was an important year for Nigerian films on Netflix, as the country’s first original film, Lionheart, premiered on the streaming service.

By 2019, most Nollywood movies were released on Netflix, especially those that made big box office numbers.

In February 2019, Netflix announced that it would launch a service in Nigeria. This announcement came after the company had bought many movies from Nollywood and made them available for streaming. The first movie released was “Aso Ebi,” starring Genevieve Nnaji.

The tweet reads, “N is for Najia, N is for Nollywood, N is the fourteenth letter, 14 is also the number of top talents you watch, Netflix, but most importantly… Hello Nigeria!”

Netflix has released over 40 Nigerian movies since its first release in 2015. These movies range from blockbusters like King Of Boys, Chief Daddy, Isoken, and Taxi Driver to lesser-known titles like Kasala and Oko Ashewo.

With so many Nigerian movies on Netflix, choosing which one to watch might be difficult.

We‘ve picked the top Nigerian streaming movies to help you pick your next movie. Some of these movies earned the highest money in Nigeria. 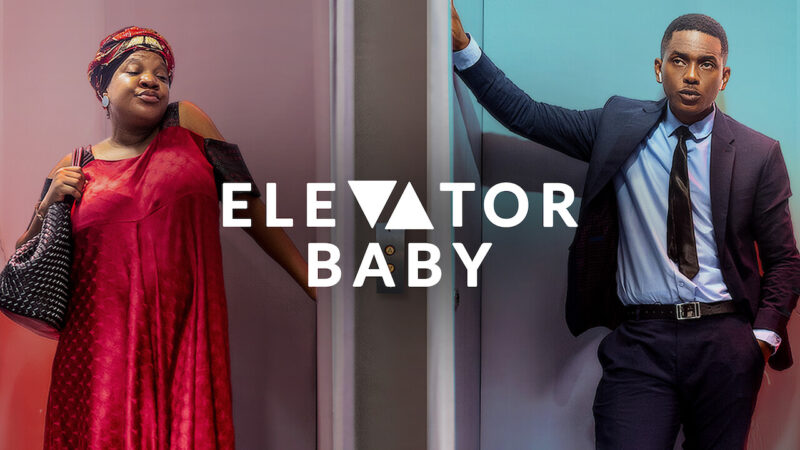 The movie is about Dare (Timini Egbuson), an arrogant and spoiled rich boy who finds himself somehow stuck in a poor pregnant woman’s body. 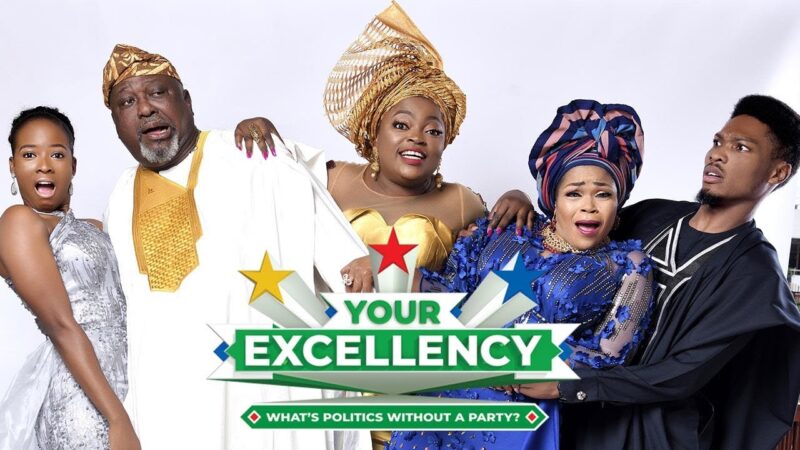 Your Excellency is a political satire about a man who becomes president after his wife dies. He is portrayed as an incompetent leader who does not understand politics. 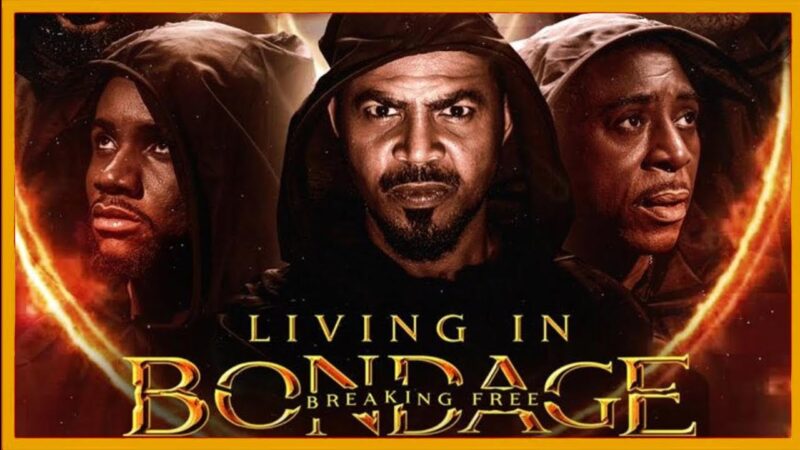 It originally premiered in theaters on November 8, 2019. It was released on Netflix in May 2020 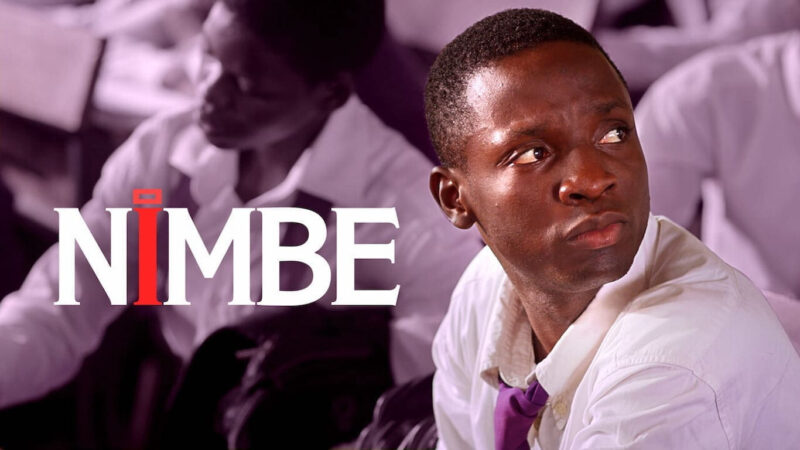 The Nimbe movie was released in 2019 and is a Nigerian drama film directed by Tope Alaek. It focuses on drug addiction.

The film opened in Nigerian cinemas on March 29th, 2019, and since then, one of the most popular Nigerian films has been released. 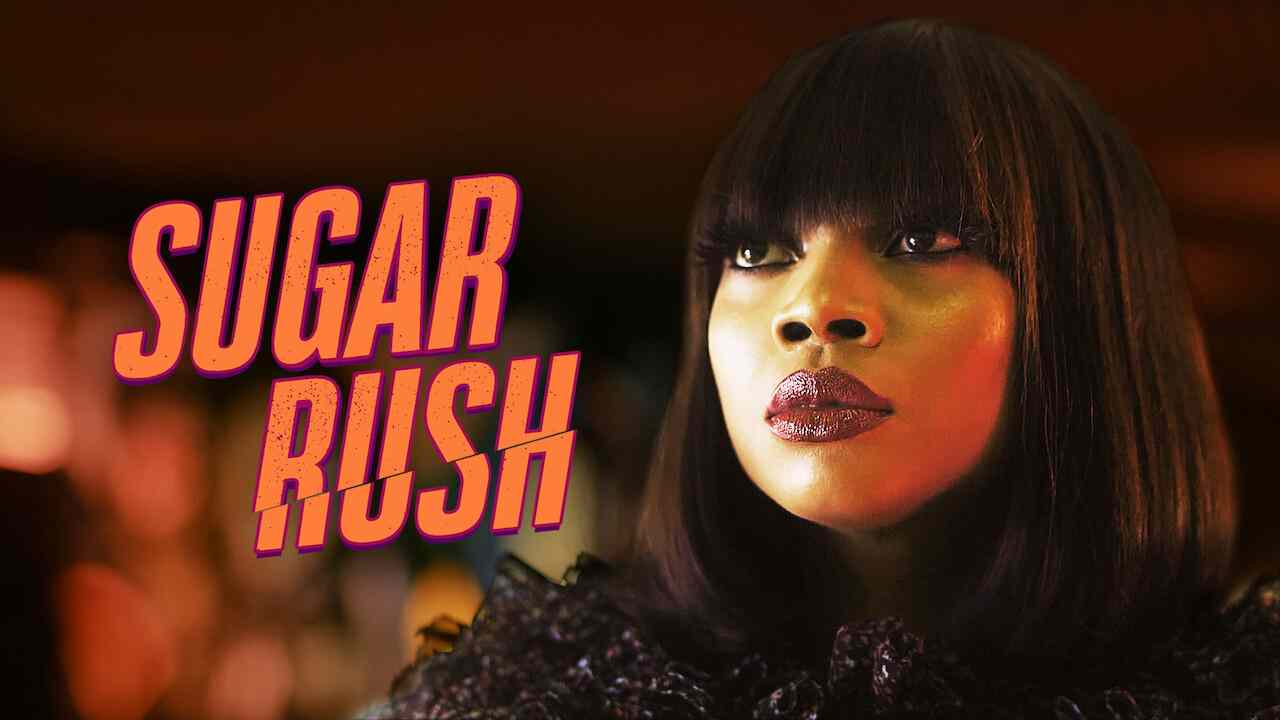 Sugar Rush is a movie about three sisters who find $800 million. They have a hard time deciding whether or not to invest the money.

The movie premiered on Christmas 2019 and became the 4th highest grossing Nigerian film of all time. It was then released online on Netflix on July 3rd, 2020. 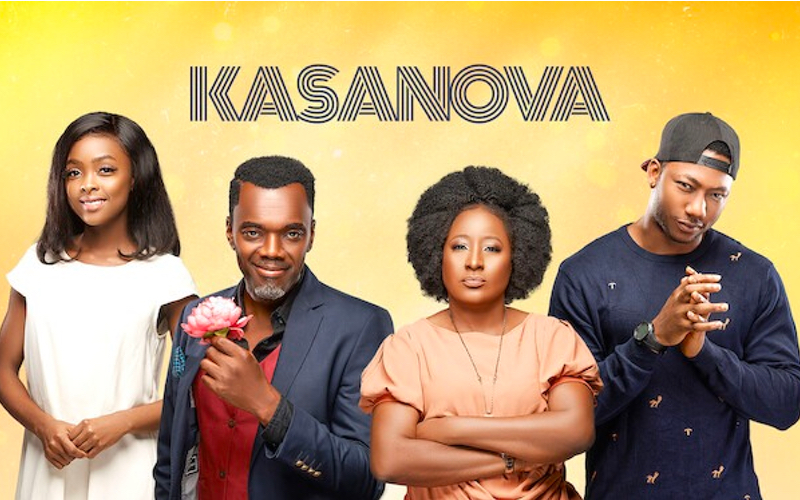 Kasanova is a Nigerian rom-com film about a young man who falls in love with a girl he meets online. He travels to

The film depicts the love story of a boy, a girl, and their parents, as his single father falls in love with her mother. 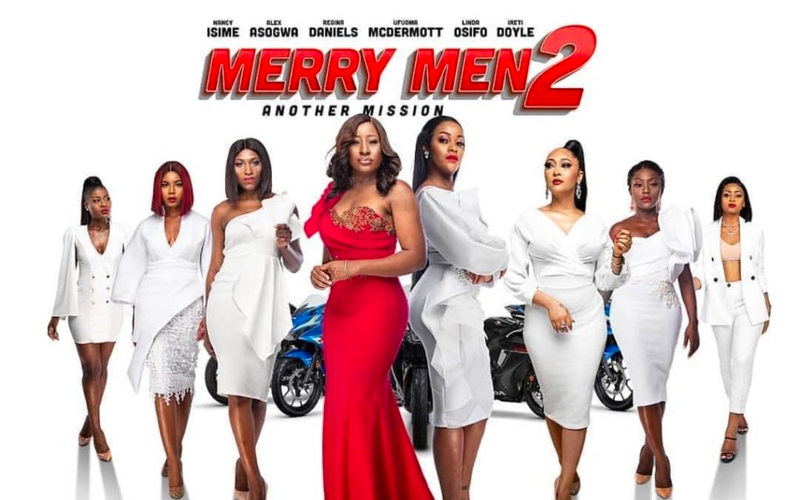 Ayo Makun and his team have not stopped working since the movie “Real Yoruba Demons” was released. After the first film’s success, the team is back at work to create another action-packed movie.

The story tells how a man who has decided to live a life free of crime will deal with a mistake he made in his past.

On December 20, the film debuted in theaters and was released on Netflix on June 5. 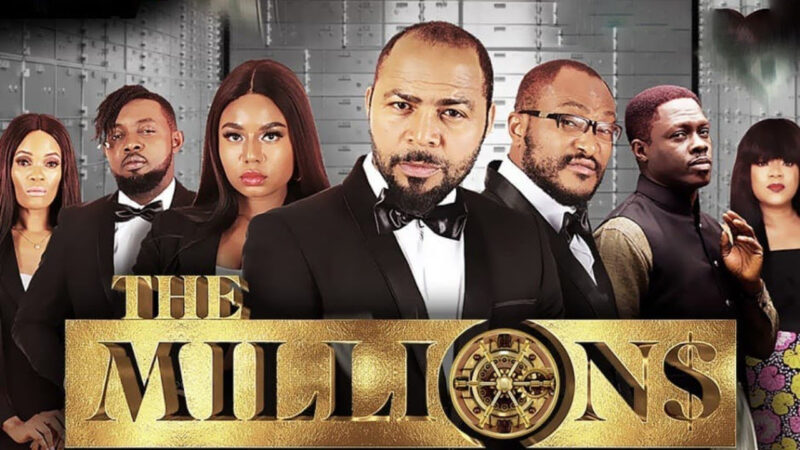 Starring Ramsey Noua, Blossom Chukwjekwu, Toyin Abraham, Nancy Isime, Ayomakun, and others, Millions would be one of the most expensive Nigerian movies ever made with a budget of $62 million.

The movie is about how friends plan to rob a politician who keeps a stack of $42M in his apartment. 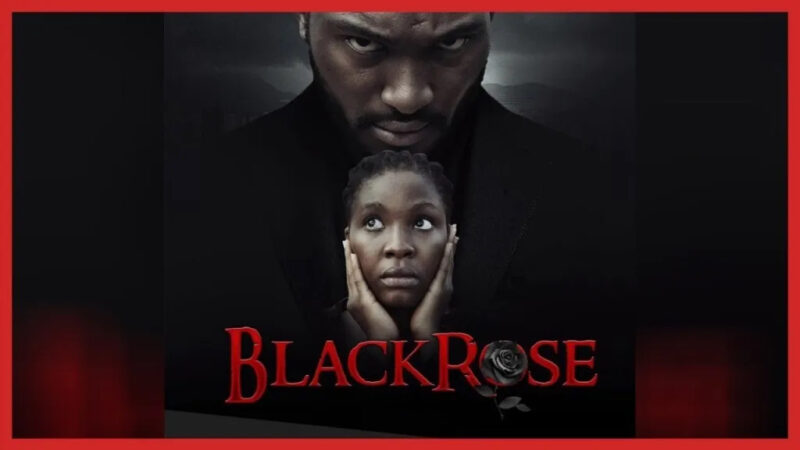 Written by Elizabeth Emo­h and directed by Okechukwu Oku, Black Roses is a Nigerian drama about Rosie, a young woman with excellent qualities.

She was worried about her character when she got involved with a man named Desmond, but she didn’t know if he would be able to change her. 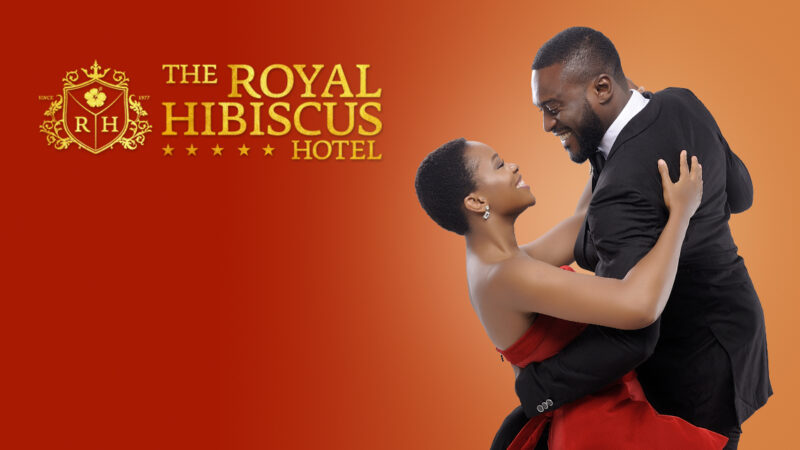 A Nigerian chef goes to London to fight his matchmaking mother and rebuild a dilapi­tated family hotel.

She feels sad when she finds out that he has bought her.

However, the film premiered on Netflix on June 22. 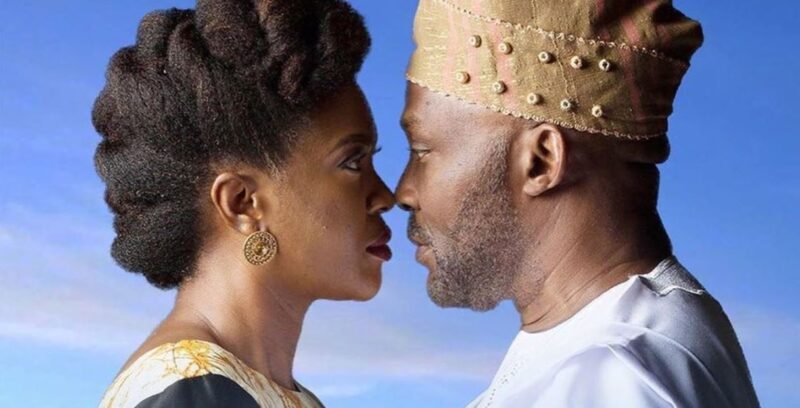 The film is an adaptation of the novel “The Governor” by Nwachukwu Chikezie. It is directed by Dioni Visions and produced by Inkblot Productions OMONI OBOLI. The film stars Omoyele Sowore, Omotayo Akeredolu, Bimbo Manuel, and Chioma Onyenwe. 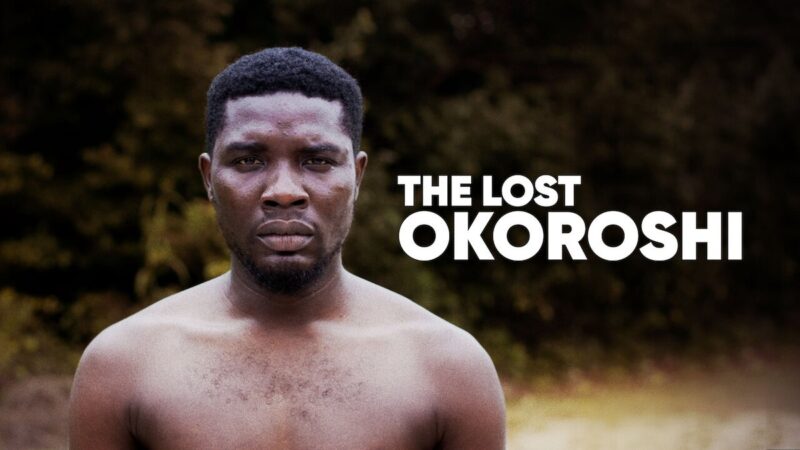 Directed and written By Abba Makama, “The Lost Okoroshi” is an action-adventure drama that tells the story of a security guard who awakes and transforms into a mute spirit.

The film is about a young man named Joseph struggling to make ends meet. He works at a fast food restaurant but dreams of becoming a doctor. One day, his boss gives him an opportunity to become a doctor if he completes a course of study. Joseph takes the challenge and enrolls himself in a medical school. However, he faces many challenges along the way. If you haven‘t watched King of Boys Part 1, Netflix is your best bet to watch one of the most popular Nigerian movies ever.

King of Boys is an action thriller produced and directed by the talented Kemi Adetiba. It follows her success in the 2017 movie Wedding.

It also features Nigerian rappers Reminisce, Illbliss, and Toni Tones, who played vital roles. Other roles include Jide Kosoko, Akin Lewis, Osas Ighhodaro, Demola Adedino, Sani Muazo, and Sharon Ooja, all of whom were cast because of their acting skills.

The film premiered on Netflix on October 26, 2018. It was a massive success in Nigeria and has become a hotbed in the Nigerian film industry ever since.

A Nigerian comedy-drama film, Coming Out of Madness, follows the story of a man named Kossi, who grew up in an environment where he was taught to be a counterfeiter.

However, some did not turn out well for the youngsters because it was put on the FBI’s radar.

The Bling Lagosaian is a Nigerian drama film written by Anthony K. Ejiofor and directed and produced by Bola Asoodele Austen-Peretz.

On June 28, the movie “The Wedding Party” premiered and told about a wealthy Nigerian family and their mother, Mopeleli (played by Elvino Ibra).

He is a man who is preparing for his 51st birthday despite some individual arguments, fights between members of his own family, and a lack of preparation. He debuted on Netflix on October 10, 2019. 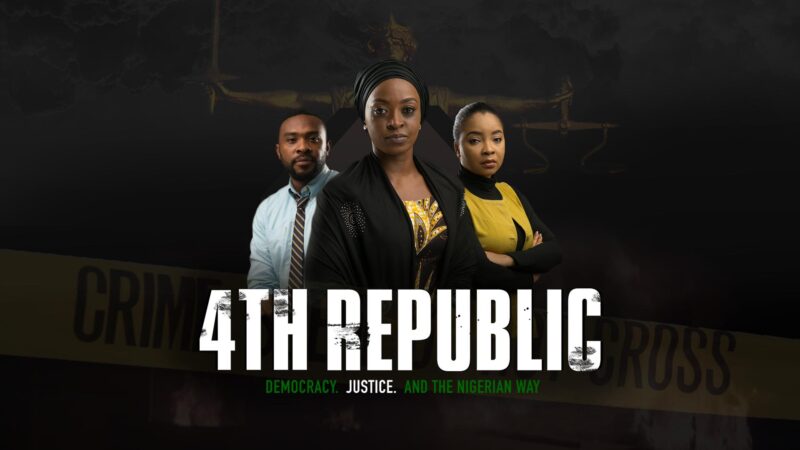 Directed by Ishaya Bako and written by Ishaya Bako, the 4th Republic is a Nigerian political thriller film starring actors such as Kate Henshall, Sani Muazou, Bimbo Manuel, and Enyinna Nwogu, among others.

The movie is about Mabel King, a politician who ran for Governor while suffering the consequences of fraudulent and violent elections that resulted in her election campaign leader, Sikiru.

The movie was released on Netflix on May 2, 2019. It was released in Nigeria on May 3, 2019. It was screened at seven Nigerian universities collaborating with the Independent National Electoral Commission (INEC) and enough (EiE Nigeria). A young woman leaves her childhood virginity to become a prostitute to survive.

On August 9, the movie premiered in Nigerian theaters and was released on Netflix on April 22. Directed and written Bodurin Sasore (God Call), a 2018 Nigerian drama film, tells the story of a young woman who loses her daughter in a fire and kills herself. But she is miraculously saved by God’s intervention.

The film is about a young man named Chidi who lives in Nigeria. He is an aspiring writer, and he wants to get published. His father disapproves of his writing career and constantly tries to convince him to return to school. One day, he receives a call from his mother telling him that she is going to London 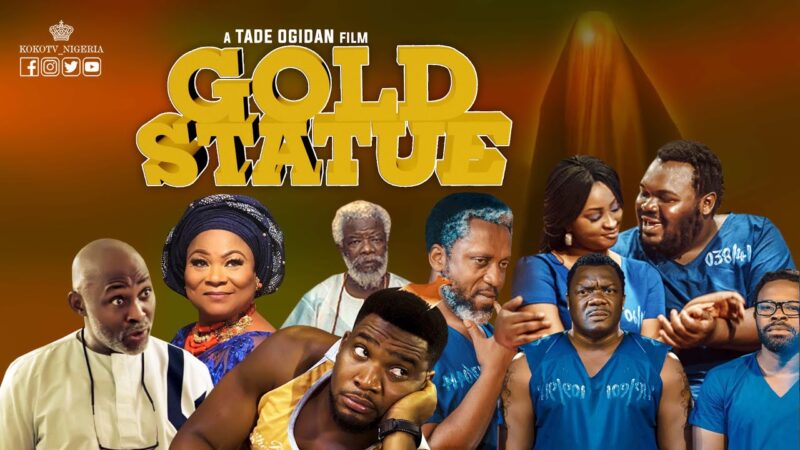 The award-winning movie portrays the story of two brothers who seek out the Golden Statue, which they believe to be a deity inherited by their generation.

The film opened in Nigeria on May 17, 2019, and is available on Amazon prime video. Lionheart tells the story of Adeze Obiag (played by Nagy), who wants to replace her father as the manager and CEO of his company, Ernest Obiag (Pete Edchi), who cannot run a business due to health problems. Features, Genevieve Nnaji.