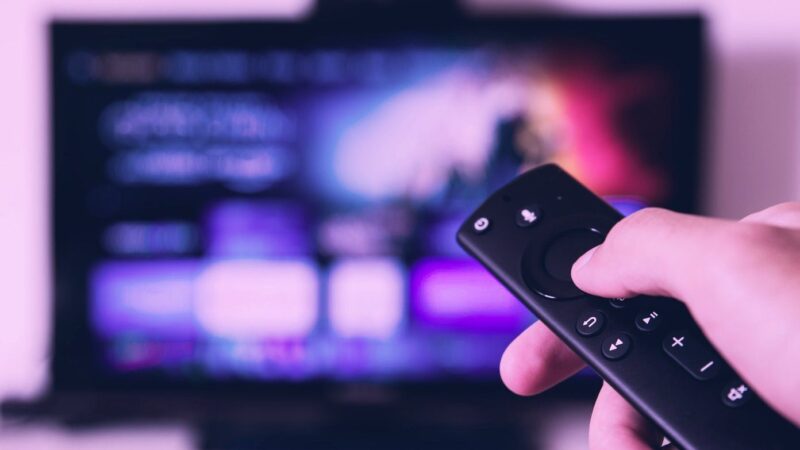 If you’re a sports fan and own a Firestick, you know how important it is to have access to streaming apps that can bring the action into your living room. You need to be able to watch live games or events as they happen so you can participate in conversations with other fans online.

Fortunately for us all (especially Firestick owners), some fantastic free apps are designed explicitly for sports fans.

ESPN+ is a premium streaming service that offers live sports, original programs, and on-demand content. The service is available through the Fire TV app store, Apple TV, and iOS devices. ESPN+ offers a 7-day free trial before requiring payment, after which users can choose between paying $4.99 per month or $49.99 for an annual subscription.

Live Net TV is an excellent app for watching live TV on Fire TV. The app has over 200 channels from around the world and offers several sports channels like ESPN and NBCSN.

Live Net TV works by streaming content directly from the internet, so it doesn’t require cable or satellite service.

Most of these channels are free to access, but some may require payment to watch them when you want. You can also use an antenna to receive local channels if they are available where you live.

Mobdro TV is a top-rated app for streaming live TV. It has an extensive library of TV shows and movies, so you have plenty of options to choose from. You can also download the Mobdro app on your phone or tablet and watch it on the go.

Many sports channels on Mobdro, including Fox Sports and ESPN 2. You can use Mobdro to watch soccer matches, football games (American football), basketball games, hockey games, or any other sporting event you want.

Kodi is a free, open-source media player that can be installed on many devices. There are versions available for Windows, macOS, and Linux, as well as Android and iOS mobile operating systems.

Kodi was initially called XBMC (Xbox Media Center) when it was first released in 2002. That name changed to Kodi in 2014 when the software became popular enough to establish its brand identity.

Kodi is one of the best Firestick Apps for free sports, given the number of free sporting events you can watch on the Kodi app.

Swift Streamz is a free app that allows you to stream live sports worldwide. Users can download it and choose what they want to watch, whether soccer, basketball, or American football.

It’s an excellent option for sports fans who want to watch games without paying for cable packages or other streaming services.

Swift Streamz is also easy to use: all you need is an internet connection, which means even if you’re camping in nature (as long as you have access from your mobile phone), this app will work for you.

The interface displays all available channels on one screen, so users don’t have to search through endless menus looking for the game they want; instead, they can just click on their favorite channel at any time during its duration. Making it one of the best Firestick Apps for free sports.

Crackle is a free app that offers a wide range of content, including TV shows and movies. It’s available exclusively on the Sony platform, so it’s not something you’ll be able to find on other devices like Roku or Fire TV.

There are over 3,000 titles available through Crackle at any given time, including some newer titles that you won’t find anywhere else. You can stream them in HD when your internet connection is fast enough to support it.

Crackle app also has its original programming, so if you’re looking for something different than what Netflix or Hulu have, this might be the place for you.

Stremio is a free media player that you can use to watch movies, TV shows, and live sports events.

It’s available on Windows, Mac, and Linux computers, Android and iOS phones, and tablets. You can also install it on Amazon Fire TV devices.

If you have an NVIDIA Shield or Apple TV box hooked up to your television, you might be able to run Stremio there too.

There are no local channels for NFL Football, but there are many ways to watch NFL games online, including fuboTV, which is an excellent choice for cord-cutters who want to watch football online for free. FuboTV is one of the best Firestick Apps for free sports.

You can also stream tennis matches from the ATP World Tour, WTA tournaments, and Grand Slams.

The WatchESPN app has access to ESPN live streams of college football and basketball coverage through partnerships with conferences like Big Ten Network (BTN).

You can download and install many free apps on your Firestick. As we have discussed, these apps will allow you to easily watch live sports, movies, TV shows, and other entertainment content.

The best thing about these apps is that they don’t require any subscriptions or fees whatsoever, so all you have to do is download them and enjoy them.