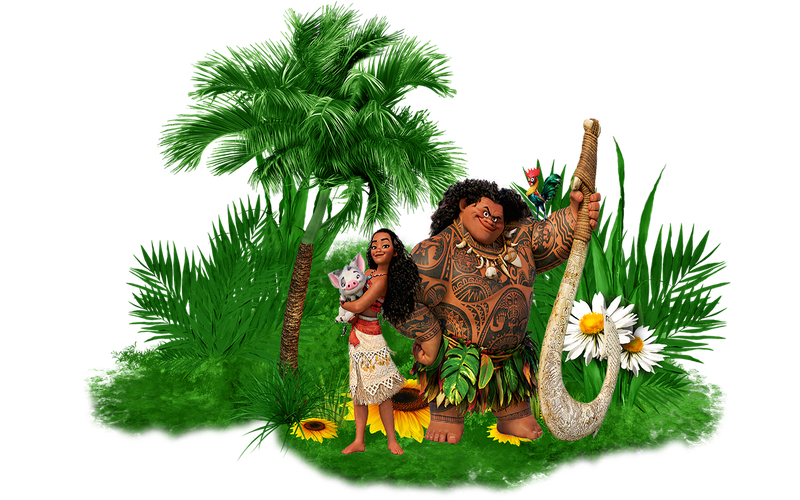 I have a 6-year-old daughter who loves animated movies. While she has seen many of them, there are some out there that I feel comfortable recommending to other families. I know that the quality of kids’ movies can vary, so I thought it would be nice to help fellow parents with this list!

My criteria for being on here is that, first and foremost, they are entertaining for both kids and adults, so hopefully, everyone watching can enjoy them together. Secondly, they are family-friendly: no inappropriate language or violence (there may be some scary parts but nothing too intense).

Moana is an excellent movie for kids of all ages. If your child is younger, they’ll love the story and music, while older kids will appreciate the humor and adventure. No matter your child’s age, Moana is a great movie to watch with them. The story is full of heart and honesty that anyone can relate to. Whether it’s teaching you about yourself or showing how much family means, this movie has something for everyone!

Moana also has some great songs that make it even more fun for kids to sing along to! All in all, I would highly recommend this film as an option to watch with your family!

The movie follows a 12-year-old boy named Miguel, who is a musician. When he finds himself in the land of the dead, he can reconnect with his great-great-grandfather, who wants him to follow his musical talent.

The central theme of this film is that we should never forget our family and ancestors. We may not be able to see them all the time, but we can remember them forever by keeping their memory alive through song and art.

Coco received an 89% rating on Rotten Tomatoes (that means it was perfect). It’s directed by Lee Unkrich, who also directed Toy Story 3!

3. The Princess and the Frog

Plot: This movie is about a young girl named Tiana, who dreams of opening her restaurant. She meets a frog prince and turns into a frog herself. They have to get together to save the city from being flooded.

Who should watch it? Parents of children 3-7 or 8-13 want an animated film with no foul language or sex scenes but has violence against animals and death, shown from time to time in the movie.

In the kingdom of Arendelle, the older sister Elsa and her younger sister Anna are close. Elsa has a magical power to create snow and ice, while Anna is an ordinary girl who loves to play with dolls. They enjoy spending time together when they’re children until Elsa accidentally injures Anna with her powers one day. This causes their parents to separate them until Elsa’s coronation day, when she becomes queen of Arendelle.

But that night, she accidentally hurts Anna again and then runs away from home into the mountains, where she builds herself a castle made of ice called “Arrendelle.” When Queen Elsa returns home many years later after being missing for several years without telling anyone that she was still alive, people begin wondering whether or not this new ruler should be trusted with ruling over everyone else in Arendelle since there’s still something about her which makes people feel uneasy around her even though she seems nice enough.

The Lion King is a 1994 American animated musical film. Walt Disney Pictures released it on June 15, 1994, to critical acclaim and commercial success. The voice of James Earl Jones as Mufasa was the only one he accepted for the film. It won two Academy Awards & nominations.

The movie became the highest-grossing animated feature of all time (surpassing Disney’s own Snow White and the Seven Dwarfs) and the highest-grossing hand-drawn animated film at $968 million worldwide. In addition to its box office success, The Lion King has also become a cultural phenomenon; some critics have ranked it as one of Disney’s greatest films, while others rank it among their favorite movies in general.

Ferdinand is a movie about a bull who doesn’t want to fight. Instead, he likes flowers and being with his friends. The story teaches children that it’s okay to be different from the rest of your family and not do what they do. It also encourages them to be kind, brave, loyal, and fierce when needed!

You can’t go wrong with Trolls. This movie is perfect for the whole family, and it’s sure to be a hit with your kids! The movie follows a young troll named Poppy who is trying to figure out what being a “troll” means in her life as she makes new friends, learns about her history, and discovers how to feel happy (and dance). It’s a fun watch you’ll enjoy together—even if you are an adult!

Plot Summary: Dory is a fish with short-term memory loss. One day, she remembers something about her past and travels to find her parents. Along the way, she meets Marlin and Nemo and tries to find Dory’s family together.

Ratatouille is a 2007 American computer-animated comedy film produced by Pixar Animation Studios and released by Buena Vista Pictures Distribution. The title refers to a French dish served at the end of the film and is also a play on words, as the main character Remy is a rat who has learned to cook. The film was directed by Brad Bird, who took over from Jan Pinkava in 2005.

Ratatouille tells the story of Remy, who dreams of becoming a chef and tries to achieve his goal against all odds while keeping his identity as a rat secret from everyone else in Paris. The plot resembles another Pixar hit movie: Toy Story (1995), which also involved toys coming alive when humans aren’t looking at them; however, this film does not have any dialogue but instead relies on visual comedy and music for its humor.

There are a variety of movies out there that are good for the whole family. Some of these are animated movies; some are live-action, some are classics and some new, some funny and some sad or scary.

There are so many great animated movies that you can watch with your kids. Try some of our top picks, like Coco or Moana, or watch a movie in theaters to spend quality time as a family.