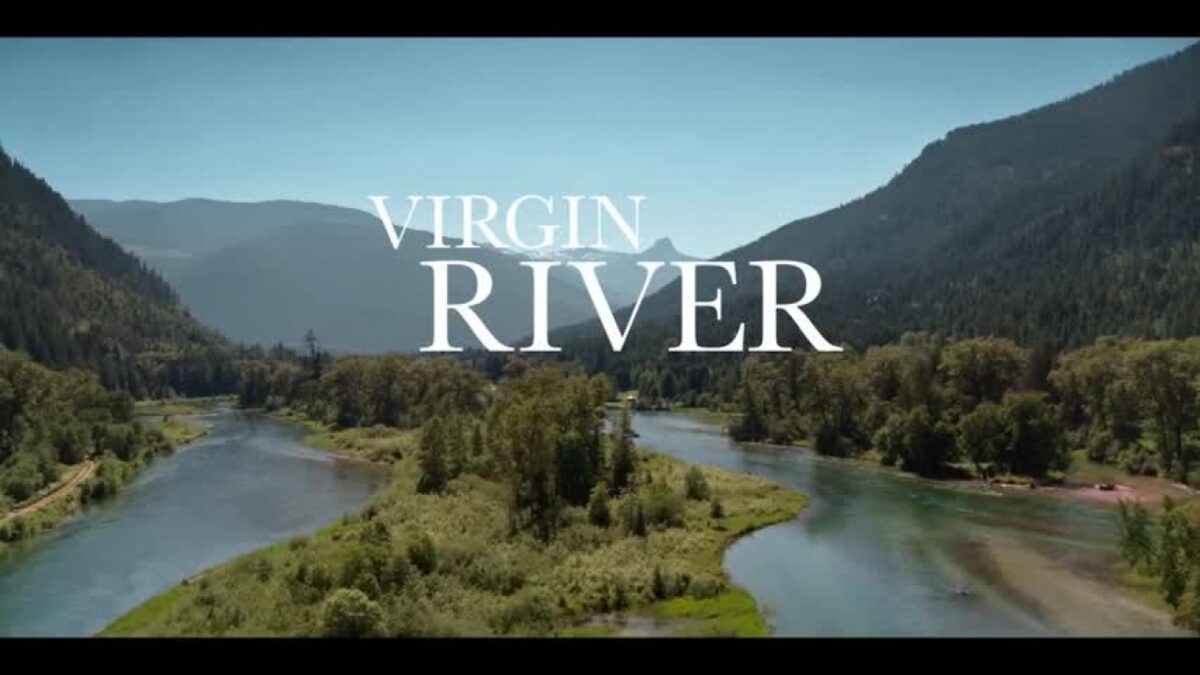 On December 6, 2019, Netflix debuted the first season of their upcoming show. The television show was given the green light for a fourth and fifth season in September 2021. On July 20, 2022, the fourth season’s release took place.

The Virgin River cast and their roles will be discussed in this article, along with other information about the TV series.

Melinda “Mel” Monroe is the protagonist of the film Virgin River. Mel responds to an advertisement for a midwife and nurse practitioner job in the isolated town of Virgin River, located in Northern California.

Mel believes this will be the ideal place for her to start over and put her painful past behind her. But she quickly learns that life in a rural community isn’t exactly as uncomplicated as she had anticipated it to be.

Alexandra Hetherington Breckenridge, a Virgin River cast, is a well-known actress working in the United States.

She got her start in the entertainment industry by playing supporting parts in the adolescent comedies Big Fat Liar (2002), and She’s the Man (2003).

She went on to portray the part of reporter Willa McPherson in the series Dirt on FX, and she also had a supporting role in the series The Ex List, which did not last long. She was one of the Virgin River cast who played the role of Melinda “Mel” Monroe.

She performed the role of Kaylee in the third season of American Horror Story on FX, having previously portrayed a younger version of Moira O’Hara in the first season.

In addition to that, she provides the voices for a number of different characters in the animated comedy series Family Guy.

She began starring in the role of Melinda “Mel” Monroe in the 2019 season of the Netflix series Virgin River.

Martin Henderson is a well-known actor and one of the Virgin River’s casts who hails from New Zealand.

He was born on October 8th, 1974. He is known for his roles on the American medical drama series Off the Map as Dr Ben Keeton (2011), the medical drama series Grey’s Anatomy as Dr. Nathan Riggs (2015–2017), the Netflix romantic drama Virgin River as Jack Sheridan (2019–present).

He also starred as Noah Clay in the 2002 horror film The Ring. However, in his home country of New Zealand, he is best known for his teenage role as Stuart Neilson in the soap opera Shortland Street (1992–1995).

Jenny Cooper is a Canadian actress and one of the notable Virgin River cast, who was once given the credit of being Jenny Levine.

She made her professional debut in 1995 as the series regular Molly in the Canadian television series Jake and the Kid, and she went on to star in the Showtime series Fast Track.

Since then, she has appeared as a guest star in various shows, such as Monk, Scandal, The Outer Limits, and CSI Miami, among others. She also starred as one of the virgin cast who played the role of Joey Barnes, Mel’s older sister who resides in Los Angeles.

In addition to that, Cooper had a role in the television miniseries The Feast of All Saints. In the television mystery thriller Open Heart from 2015, Cooper again portrayed the role of trauma surgeon Jenny Blake.

Lauren Hammersley is a Canadian actress who was born in Campbell River, British Columbia. She is best known for her role as instructor Lisa Mason on the comedy Mr. D., which aired on CBC Television.

Although she now resides in Toronto, she spent her childhood in Surrey, British Columbia. In Orphan Black, she portrayed a lawyer who struggled with alcoholism but managed to remain professional. She presently plays the role of Charmaine in Virgin River, which can be seen on Netflix.

Ricky is a young guy who works at Jack’s Bar and aspires to join the Marines as soon as he graduates high school. Grayson Gurnsey plays Ricky (season 2–present; recurring season 1), a young man working at Jack’s Bar.

He graduated from the University of Toronto with degrees in Italian and Spanish, as well as a certificate in sociology from the university.

NBC’s Heroes Reborn, Crackle’s The Art of More, and Teletoon’s Total Drama World Tour are just a few of the movies and television shows in which he has appeared. His other interests outside photography include cooking and the culinary arts.

Daniel Joshua Gillies is a Canadian New Zealander who has worked as an actor, film producer, director, and screenwriter. He was born on March 14, 1976. In the television series The Vampire Diaries and its spin-off The Originals, he portrayed the part of Elijah Mikaelson.

He also played the role of Dr. Joel Goran in the Canadian series Saving Hope, a medical-themed soap with a mystical and paranormal edge. The movie “Broken Kingdom” from 2012 was written and directed by him.

8. Steve Bacic as both Wes and Vince

Steve Bacic is a well-known Canadian actor who was born on March 13, 1965. On the science fiction television show Andromeda, created by Gene Roddenberry, he is most remembered for playing the roles of Gaheris and Telemachus Rhade.

After playing both roles in various episodes of the show’s first three seasons, he was officially cast as Telemachus at the beginning of the fourth season. He appeared in a total of 44 out of the show’s total of 110 episodes. Beginning in 2013, he had a recurring role as “Jason” in the TV movies that were a part of the Garage Sale Mysteries series on the Hallmark Movies & Mysteries channel.

Gwyneth Walsh is a Canadian actress who was born in 1956. She is most known for playing the part of B’Etor in Star Trek: The Next Generation. B’Etor is one of the Duras sisters. Jo Ellen. She is one of the main Virgin River cast.

In addition, she portrayed the role of Constable Nimira in the episode “Random Thoughts” of Star Trek: Voyager and gave the voice to the character Grey Mother in the computer game The Long Dark.

Walsh began her career by performing on stages all around Canada and the United States in a wide variety of classic plays after earning a Bachelor of Fine Arts degree from the University of Alberta.

Patrick Sabongui is a Canadian actor, stunt performer, stage actor, and educator in the field of THEATER. He is one of the Virgin river cast who played the role of Todd Masry.

He was born on January 9, 1975. In addition to that, he is well-known for his part as David Singh in the CW series The Flash.