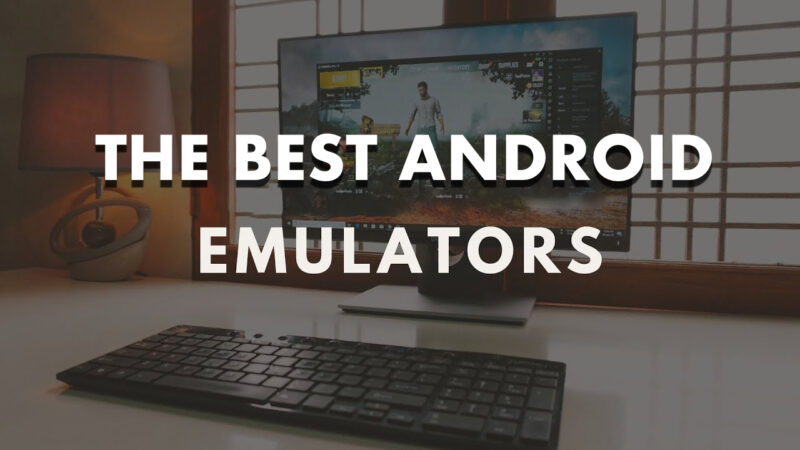 Android is an open-source operating system for phones and tablets. The Android operating system was developed by Google and the Open Handset Alliance, a consortium of 84 hardware, software, and telecommunication companies. Android is used on various devices from different manufacturers, giving each one its distinct look and feel. This article will review and list the best Android emulators for Windows and Mac PCs.

What is an Android Emulator?

An emulator simulates the hardware and software of the other computer so that they become the same. For example, installing an Android emulator on your Windows 10 PC simulates what would happen if you had an Android smartphone or tablet connected to it (even though there are no devices connected).

How Do Android Emulators Work?

As the name suggests, Android emulators let you run Android apps on your computer. This is useful for several reasons. For example, it can be an efficient way to test apps and games before installing them on your phone. Seeing how it behaves on different devices is extremely helpful for developing or testing an app or game.

Many people like playing games on their computers, too; gaming consoles are expensive and require considerable setup time before they can be used correctly (if at all).

It’s much easier simply to use an emulator instead since these programs emulate the entire Android operating system inside your PC or Mac’s memory; all of its features are available right in front of you, including its robust library of free and paid entertainment apps LDPlayer is a free Android emulator for Windows that’s easy to use and has a user-friendly interface. It also comes with additional features like dual window mode, which allows you to watch videos simultaneously while browsing the web or working on another app.

As well as being compatible with Windows 10, 8 and 7, LDPlayer can help you run apps that require Android version 4.2 Jelly Bean or higher (like Instagram). It includes a floating keyboard feature so you can type faster when needed, too, and if all else fails, there’s always USB mouse support. The LDPlaher is one of the best Android Emulators for Windows and Mac PCs. 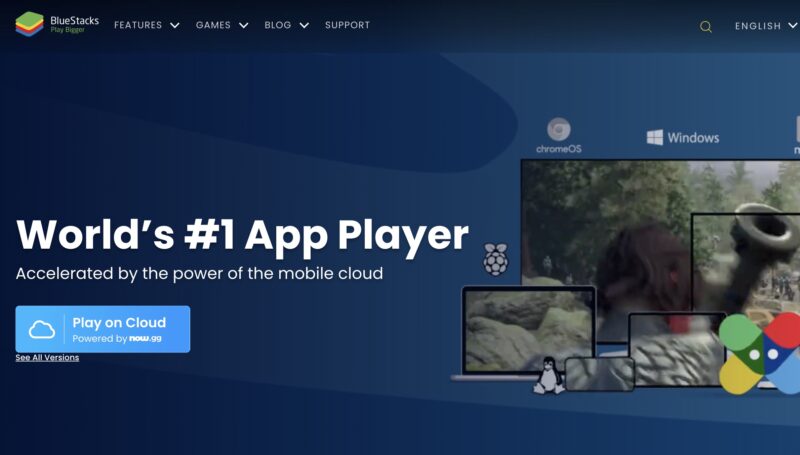 BlueStacks is the most popular Android emulator, and it’s easy to see why. It offers a streamlined interface that makes installing and running apps a breeze. BlueStacks also boasts an extensive list of features, including an integrated mouse for better control over your actions and a variety of multitasking features, making it one of the best Android Emulators for Windows and Mac PCs.

BlueStacks is available for Windows, macOS, and Linux platforms (along with Android-based Chrome OS). It has an extensive library of games and other apps that you can download from its website or third-party app stores like Amazon Underground. 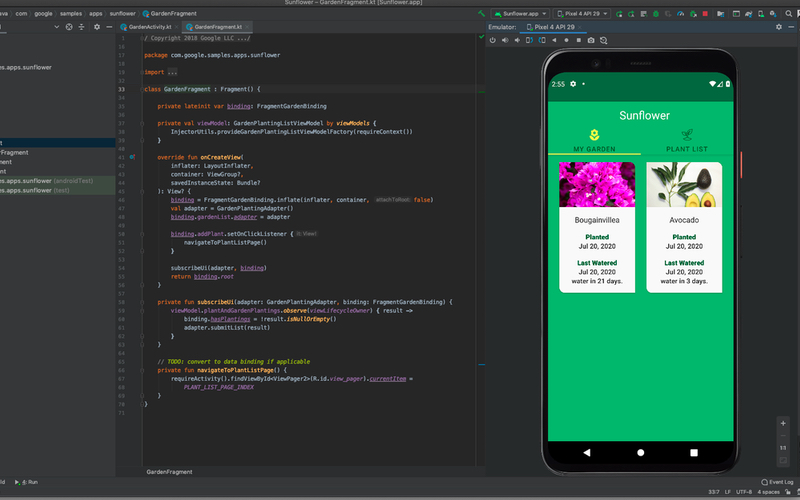 Android Studio Emulator is an Android emulator developed by Google to be used as a tool for developers who wish to test their apps on an actual Android device.

The emulator allows you to run your app without having access to actual Android devices, making it the perfect solution for developers who don’t have access to real-world hardware or are using multiple operating systems.

Android Studio Emulator is not only free but also works on Windows, macOS, and Linux operating systems. It’s compatible with Windows 7 and higher versions of Windows 10; macOS 10.12 Sierra or newer versions; Ubuntu 16/18/19 (64-bit only), making it one of the best Android Emulators for Windows and Mac PCs. 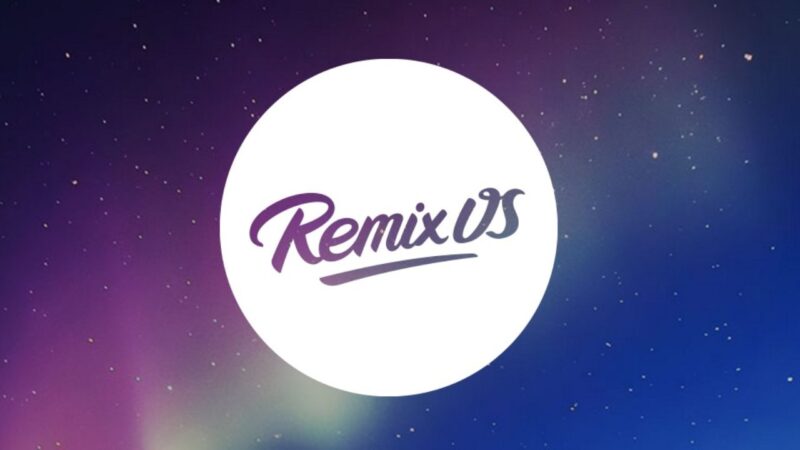 Remix OS Player is a free Android emulator for Windows that lets you use your favorite apps on Windows. It’s easy to install and supports mouse and keyboard input. You can use Remix OS Player to play games or just run productivity apps like Gmail, Facebook Messenger, or Spotify on your computer.

Remix OS Player is compatible with Android Marshmallow (6.0) apps and above; the emulator has additional features that make it easier to use with a mouse and keyboard than most Android emulators.

The developers have ensured that the app works well with touchscreen devices, trackpads, or other input devices that support gestures such as two-finger scrolling and pinch-to-zoom.

The only downside to Remix OS Player is its lack of compatibility compared to Bluestacks; unlike Bluestacks, which supports most apps available in Google Play Store, including the Pokémon GO game emulators, this emulator can’t run all games from there due to its limited compatibility list of supported titles. 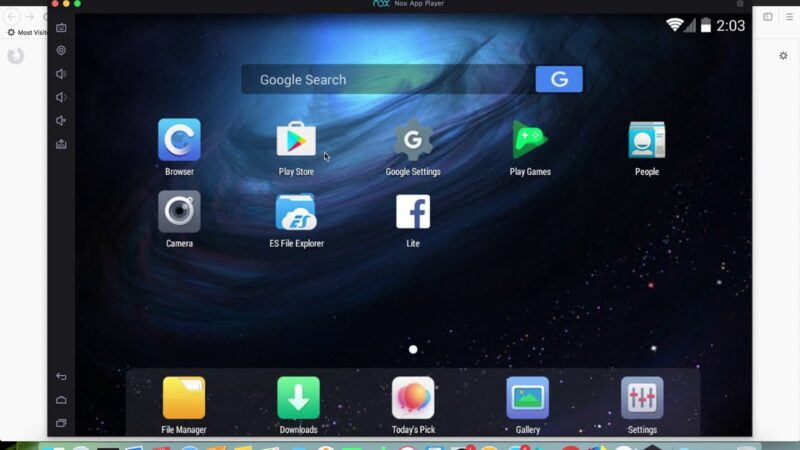 The Nox Player Emulator is one of the most popular Android emulators for Windows and Mac. It features a user-friendly interface and supports all versions of Android OS, including Android 2.3 Gingerbread, 4.0 Ice Cream Sandwich (ICS), 4.1 Jelly Bean, 5.0 Lollipop, 6.0 Marshmallow, and 7 Nougat, along with all the latest updates of Android, making it one of the best Android Emulators for Windows and Mac PCs.

The Emulators also has an integrated Google Play Store that allows you to download apps from it directly on your PC via PC keyboard or mouse; no need for touchscreen input anymore. With this emulator, you can play all your games in HD resolution as if you were playing them on your phone. 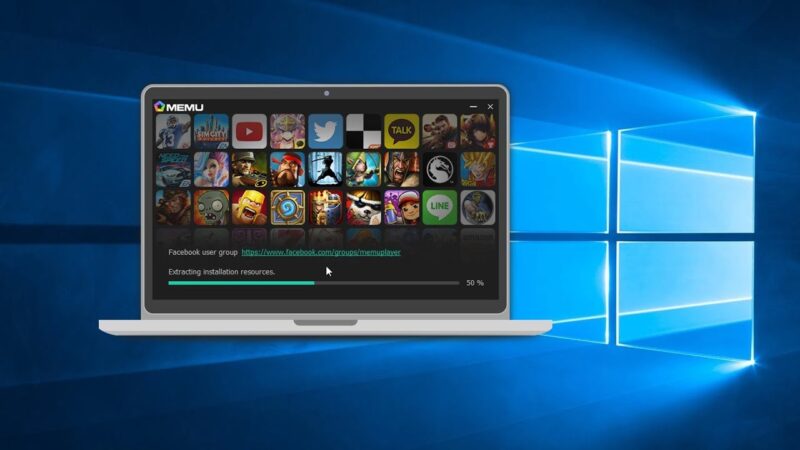 MeMu is one of the best Android emulators for Windows PC and Mac. The emulator is compatible with various games, apps, and files. It has an exemplary user interface, making it easy to use. It supports several Android devices, including Android 4.4 KitKat, Lollipop 5.1, and several other versions of Android.

The emulator is also free to download, so if you are looking for an emulator that doesn’t require any payment, this could be the perfect option. 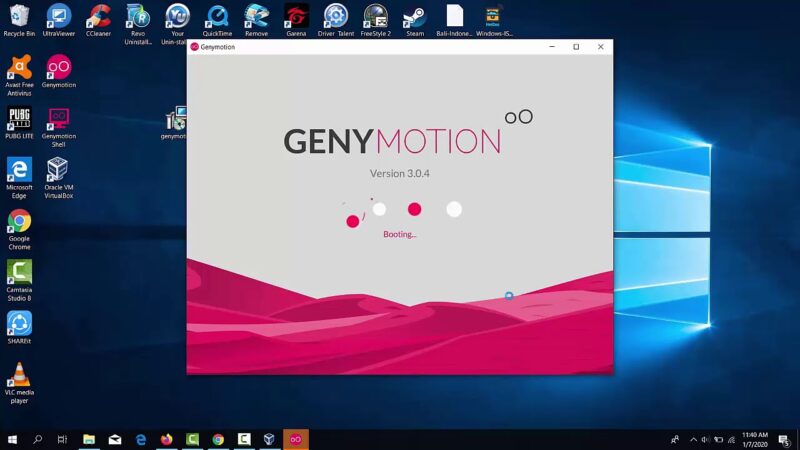 Genymotion is one of the best Android Emulators for Windows and Mac PCs. Genymotion emulator is a powerful, easy-to-use tool that allows you to run Android apps on your computer quickly.

Genymotion offers many features and functions that other emulators don’t provide. Genymotion is a great tool for app developers and testers who want to get their apps ready for release in Google Play Store on Android devices. 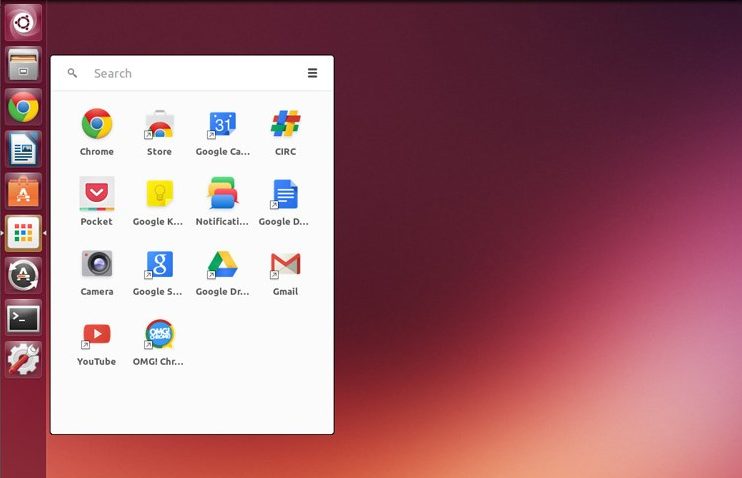 ARChon is an Android emulator for PC, allowing you to run Android apps on your Windows or Mac computer. It’s based on the open source project Chromium, so it’s free and easy to install.

ARChon is a lightweight emulator that works well with most apps but doesn’t have limited device compatibility like other emulators. You can download apps from the Google Play store and run them through this emulator without problems. Archon Emulator is one of the best Android Emulators for Windows and Mac PCs. Unlike Bluestacks, AMIDuOS has no built-in features for playing games or downloading applications directly from Google Play Store. However, you can use its built-in browser to download APKs of your favorite applications and install them on this emulator.

In terms of performance, AMIDuOS is comparable with Bluestacks. Still, it has better compatibility with some apps due to its relatively more minor user base than other emulators like Bluestacks or GenyMotion, as discussed earlier. AMIDUOS Emulator is one of the best Android Emulators for Windows and Mac PCs. AndY is a free Android emulator for Windows PC and Mac that can be used to run Android apps on your computer. It’s a simple tool, but it performs the task very well and works on most devices.

AndY runs in either full screen or Windows mode, so users can play games or simply perform tasks from their desktops instead of being stuck in front of their phones all day. The one limitation with this software is its lack of compatibility with Google Play Store purchases.

Suppose you want to save money on any paid apps or games by using them through AndY (or any other emulator). In that case, you’ll need to download the APK files directly from third-party sources instead of getting them through official channels like Amazon, which are often cheaper than buying directly from Google Play. Andy Emulator is one of the best Android Emulators for Windows and Mac PCs.

Emulators are an essential tool if you wish to use your android apps seamlessly on your Windows PC and Mac PCs without any hassles. Emulators allow you to run your favorite Android apps on your PC or laptop and play games in high-quality graphics with no lag time.

In conclusion, there are a plethora of android emulators for Windows PC and MAC PCs; the best of them include:

SecretLab Gaming Chair Review: Is It Worth It?